A staycation you’ll dig! Metal detecting is booming in the UK and a farmhouse in Suffolk, renowned for its buried riches, offers short breaks for ‘detectorists’. The Mail gears up…

By Max Davidson for the Daily Mail

If I am sounding like a character from the BBC sitcom Detectorists, it is because that is what I have turned into for the afternoon. I’m criss-crossing a Suffolk field with some middle-aged blokes with metal detectors, looking for buried treasure.

At one level, it is ludicrous; at another, quite exhilarating. Who would have thought the UK tourist industry would have devised such a weirdly brilliant staycation idea? 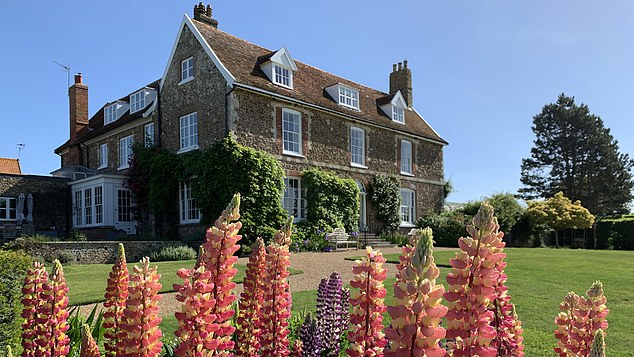 Thrill of the chase: Butley Abbey farmhouse is a perfect base for detectorists

Metal detecting is booming, not just due to the TV series, but because many people have cottoned on to the riches beneath our green and pleasant land — such as the Staffordshire Hoard, a priceless collection of Anglo-Saxon treasures unearthed by a local detectorist in 2009.

Now landowners Edward and Clare Greenwell are offering short breaks for detectorists, and lovers of history in general, at Butley Abbey farmhouse in the grounds of the 13th-century Butley Priory.

They could hardly have chosen a better moment. Not only is a feature-length episode of Detectorists, starring Toby Jones and Mackenzie Crook, set to air later this year, but Butley is near Sutton Hoo, the site of the Anglo-Saxon ship burial featured in The Dig, the 2021 film with Carey Mulligan and Ralph Fiennes.

‘There probably isn’t a better county in England for detecting,’ says Jules, who edits a metal-detecting magazine. 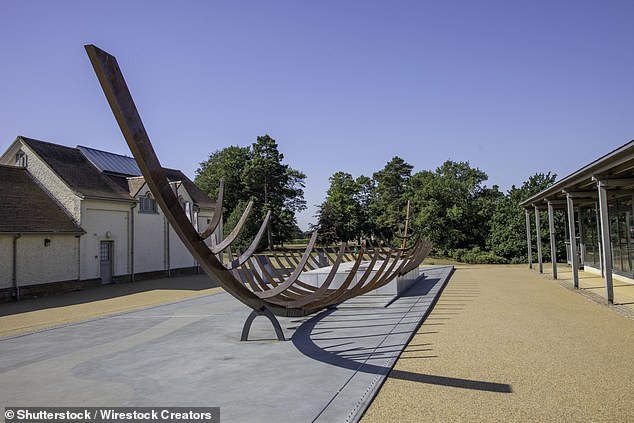 Butley is near Sutton Hoo (pictured), the site of the Anglo-Saxon ship burial featured in The Dig, the 2021 film with Carey Mulligan and Ralph Fiennes

‘Don’t forget that, as well as the Vikings and the Saxons, thousands of planes were downed here during World War II.’ The tiniest bit of metal can tell a story. Jules has unearthed countless old coins and other valuable artefacts, but he is just as proud of other finds, such as a button from an RAF pilot’s jacket which helped the pilot’s daughter pinpoint the spot where her father’s plane had crashed.

Metal-detecting is easy. You sweep the detector over a field and, when there’s a bleep, start digging. A smaller gizmo helps you locate it. What have you found? Not a lot, in my case. The most interesting thing I dig up is rusty metalwork inscribed ‘W4’. King William IV’s crown, I ask, hopefully? ‘Nah,’ says Jules. ‘A bit of old garden furniture.’

Others in the group are luckier. In the course of two days, the six of us unearth everything from musket balls to 17th-century buttons, Georgian coins to primitive farming implements.

Nothing is of great value. The forms we had to sign agreeing to split our hoard 50/50 with the landowner will not need to be invoked.

Our day’s digging done, we sit down for dinner together in the Georgian farmhouse, a gorgeous pile with large lawns, ancient trees and swooping house martins.

As the wine flows, Jules holds us spellbound with tales of metal-detecting in Jordan. Andy tells us of when he found a hoard of ‘Roman’ coins — only to find they were props from a TV series.

Many archaeologists look down their Cambridge noses at these amateurs in quest of treasure. But they are wrong to do so.