Abuja residents are groaning over the high cost of kerosene.

According to the residents, the hike in kerosene price has made life more difficult for them. Some said the product was sold at N1,000 per litre from kerosene vendors instead of N600.

He explained that kerosene used to cost N300 per litre in the past, and later it soared to N600 before the current price of N1,000.

Another kerosene vendor at a filling station in Gudu, Mustapha Salisu, said he sold the product between N800 and N850 per litre.

“Now that the price has increased to N1,000, I don’t think that I will continue the business because I know that my customers can’t afford it,” said Mr Salisu.

Umar Abubakar, a vendor, attributed the increase to rise in gas price.

“If the price of gas increases, there is usually an increase in kerosene (price) too,” Mr Abubakar noted.

However, some residents said they stopped using kerosene after the increase and resorted to other means.

A trader at Area 10, Favour Peter, said she stopped buying kerosene and resorted to using charcoal and gas.

“I used to cook with it sometimes, especially in the rainy season, but when I bought a litre at N1,000 two weeks ago, I stopped buying it. It used to be around N600 or N650 two months ago” 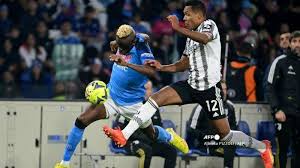