My partner and three children were still catching their breath when we saw them: a school of spinner dolphins, around 80 in total, leaping into the air from the tropical waters around us.

It was thrilling. Moments earlier, we’d been bounced out of our seats by an unexpected large wave, the force of which had left us gasping with exhilarated laughter at the power of Mother Nature.

Now, she had another surprise for us, as dolphins rotated and leapt just yards away from our little boat. 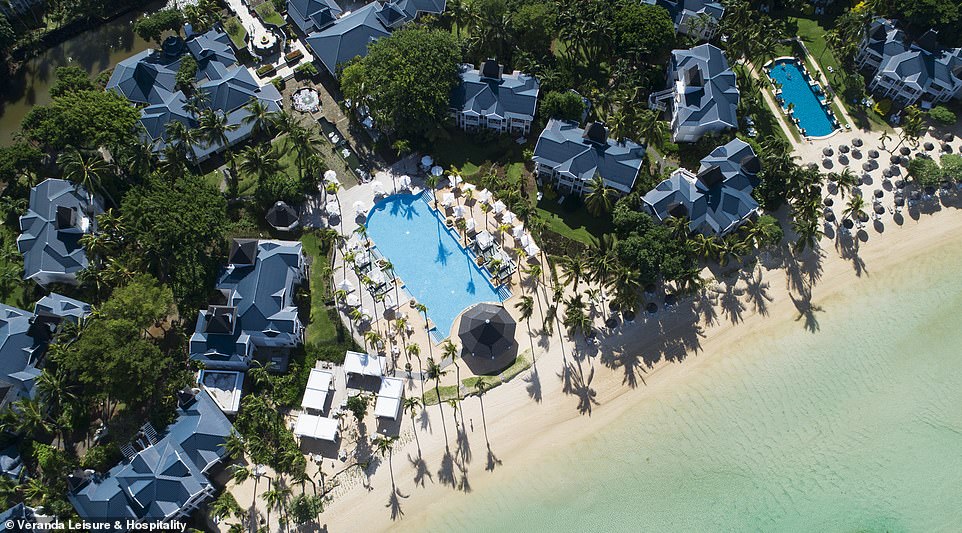 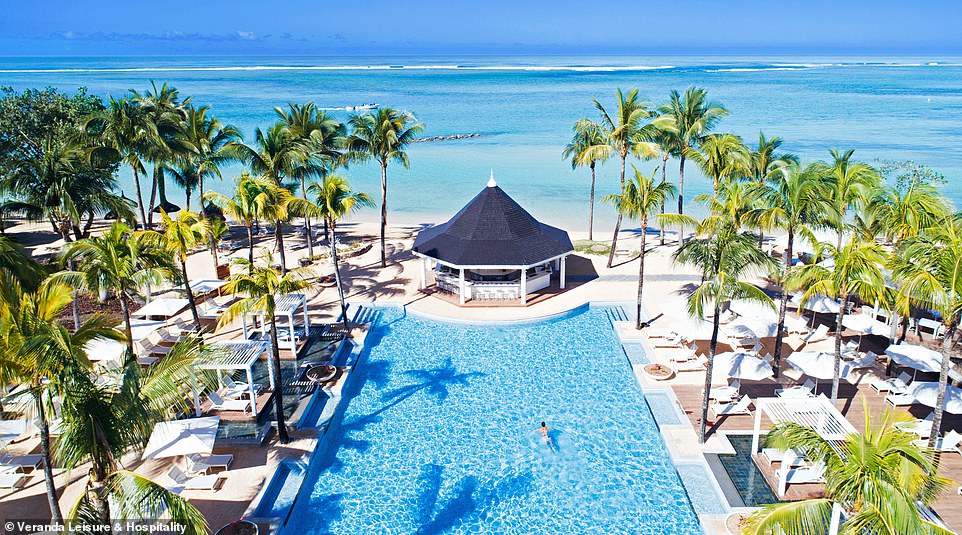 ‘I can’t believe we’re so close,’ said my son, Zephyrus, ten, his eyes shining with excitement.

Neither could I — then again, it was one of a number of sensational moments we shared on our family trip to the island of Mauritius. Especially magical, coming as they did in the aftermath of my breast cancer diagnosis last year.

Six months before we flew to the tropics, I had undergone a mastectomy, and while grateful and relieved to be in remission, I was still in shock about something that had turned not only my world upside down, but that of Gerard and our children, Zephyrus and seven-year-old twin girls Xanthe and Zena.

For months, we’d been in firefighting mode, and I felt we needed time to regroup away from the frenzy of day-to-day life and the aftermath of medical appointments which had dominated so much of the previous 12 months. 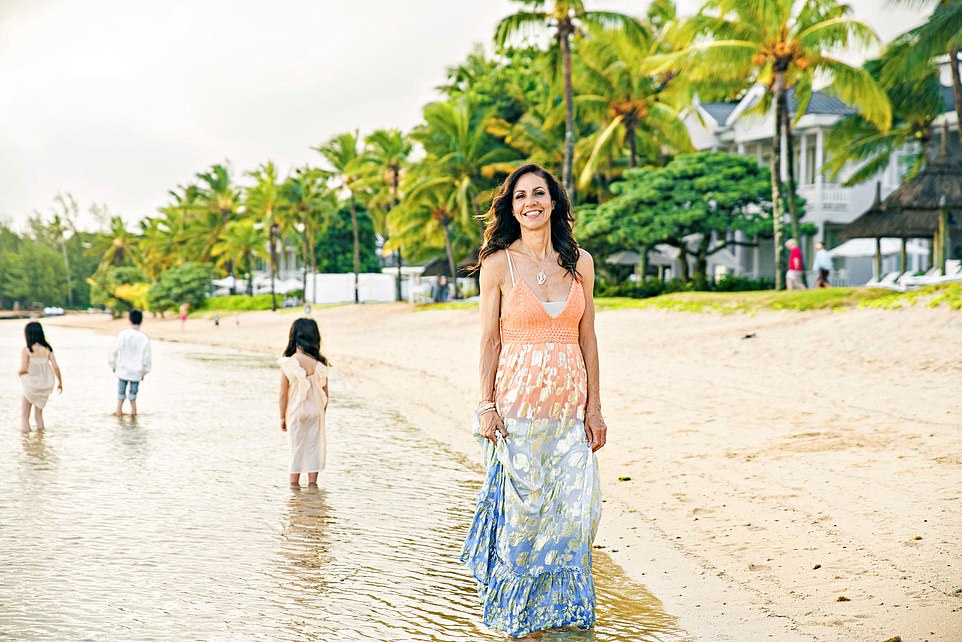 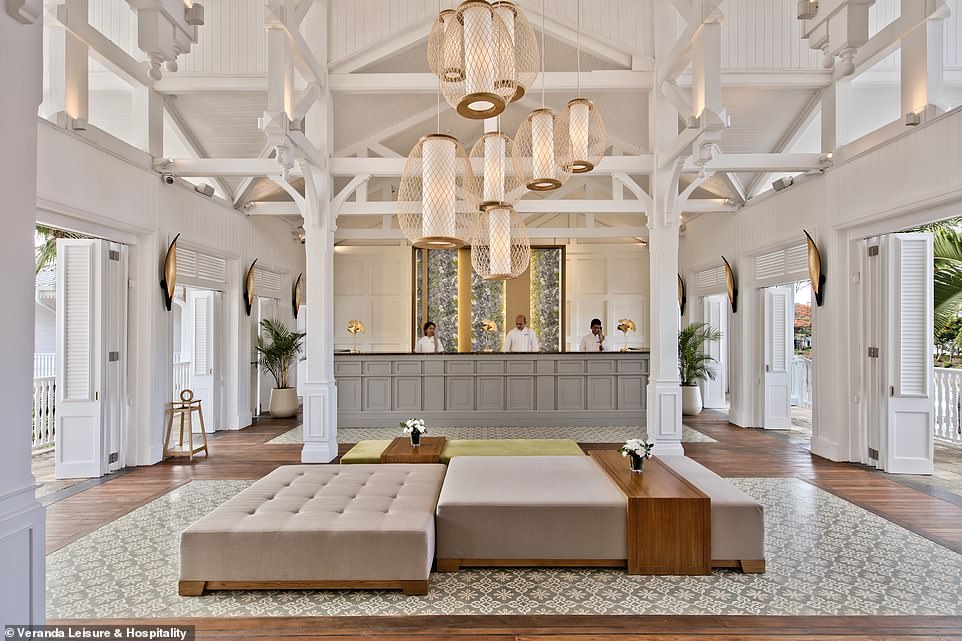 Julia and her family divide their time between two hotels for ‘variety’. Pictured, the plush lobby at the Heritage Le Telfair 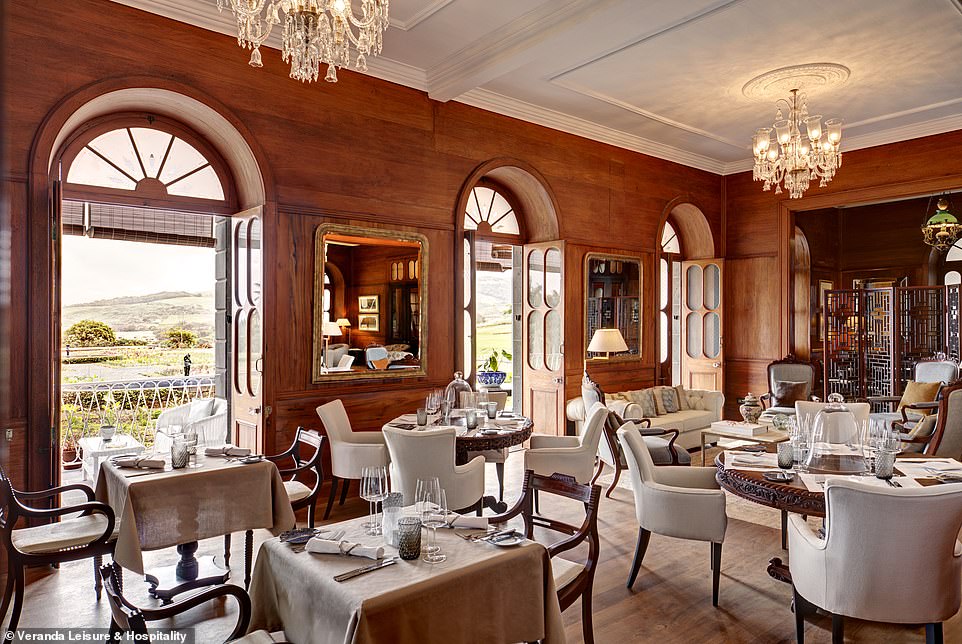 Le Chateau restaurant at the Heritage Le Telfair, complete with wood-panelled walls and chandeliers. It is one of 12 restaurants that can be accessed by staying at the resort

We wanted to feel the sun on our backs and the sand between our toes. But where to go? Then a friend suggested Mauritius.

While it’s a 12-hour flight from London, what it has in its favour — apart from its gorgeous white sandy beaches and a temperate climate — is that it’s only ever two or three hours ahead of Greenwich Mean Time, so arriving there would not be too disruptive to our body clocks.

True to my Countryfile roots, I did several incredible hikes [in the Bel Ombre reserve], marvelling at the diverse and stunning bird and plant life

So Mauritius it was, and with ten whole days to enjoy we decided to divide our time between two hotels for variety.

Both were in Bel Ombre, a beautiful, unspoilt area on the south of the island, with a nature reserve that hospitality company the Rogers Group has worked hard to launch as an eco-destination.

The area, which covers 1,300 hectares of protected territory, is being reforested and there is an impressive breeding programme to help the endemic bird species.

Among them is the Mauritius kestrel, a small chestnut-and-white falcon, which has been endangered for several years, and the pink pigeon. The latter is a true success story: it’s been down-listed from ‘critically endangered’ to ‘vulnerable’, and there are now at least 400 in the wild.

True to my Countryfile roots, I did several incredible hikes there, marvelling at the diverse and stunning bird and plant life. 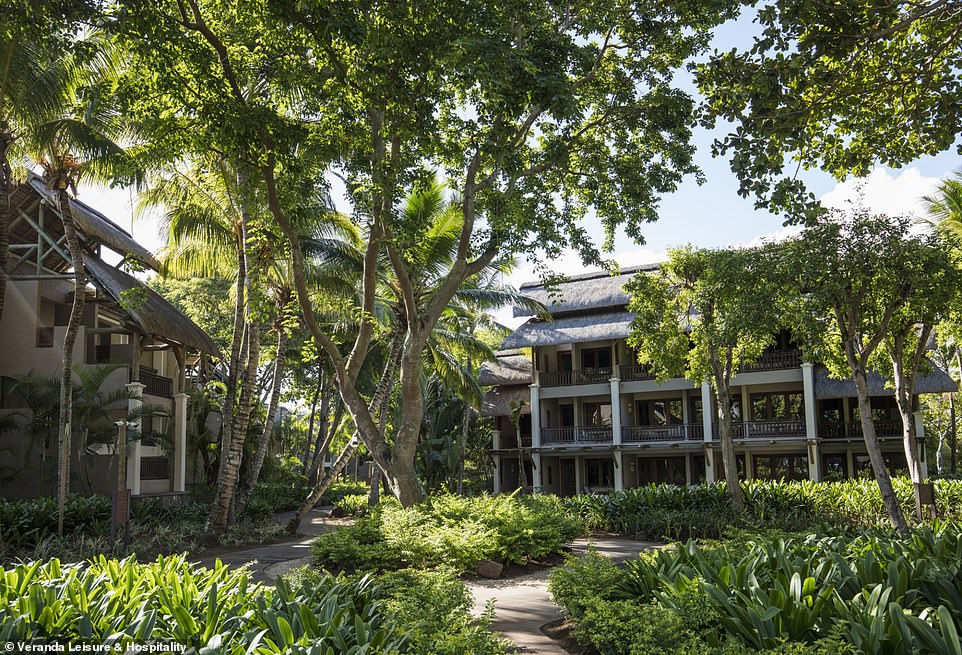 Julia and her family start their stay at the Heritage Awali, a ‘five-star, all-inclusive hotel where the rooms nestle under glorious canopies of trees’ 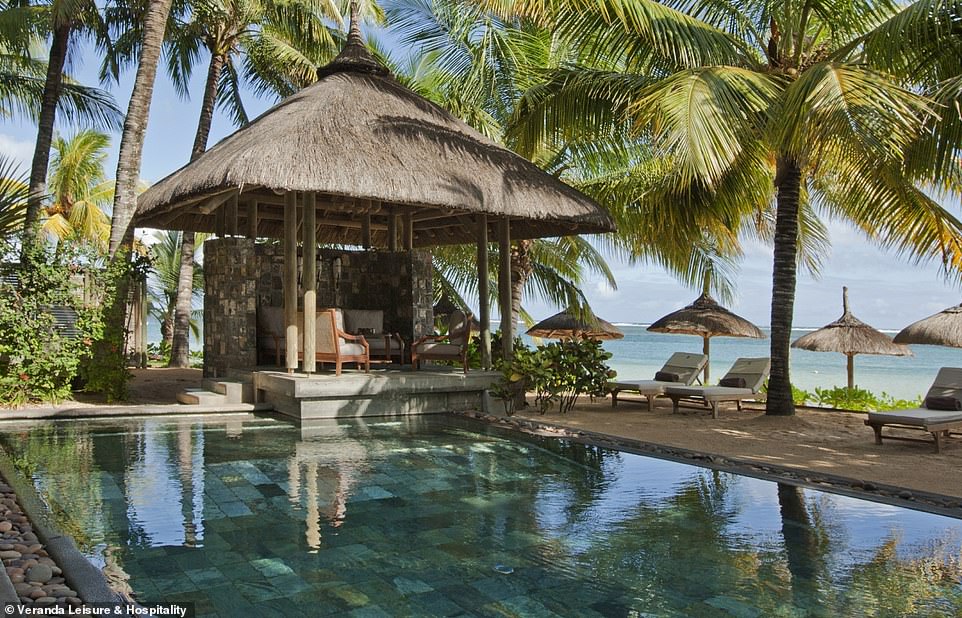 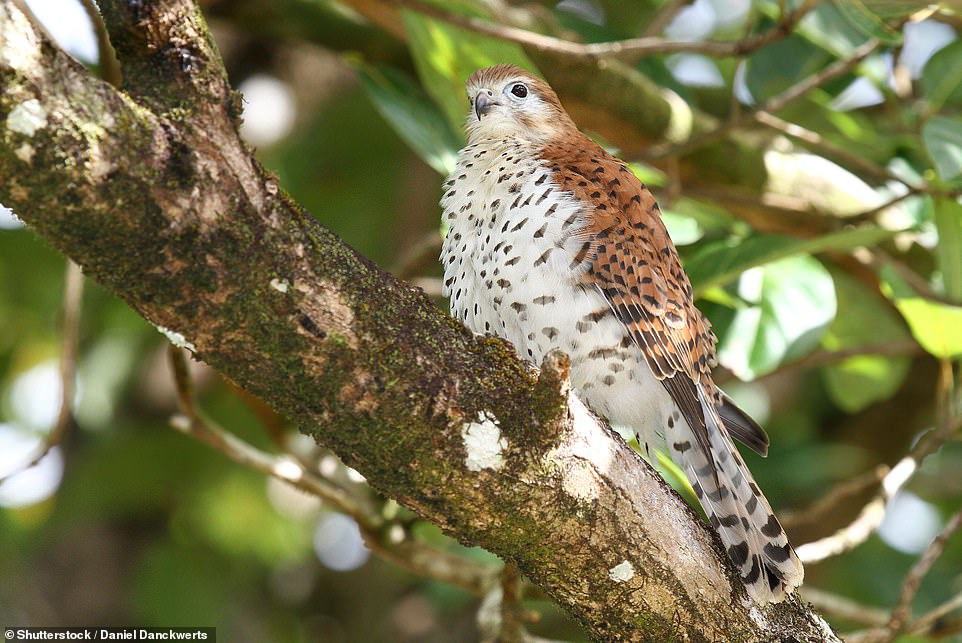 Bel Ombre’s nature reserve, where Julia hiked, is home to many endemic bird species including the Mauritius kestrel, a ‘small chestnut-and-white falcon, which has been endangered for several years’

We started our stay at the Heritage Awali, a five-star, all-inclusive hotel where the rooms nestle under glorious canopies of trees. Then we headed to the neighbouring Heritage Le Telfair, an elegant plantation-style hotel complete with white balconies and shutters.

Both sit majestically on the oceanfront, although at Le Telfair, we were lucky enough to have a room which, via our own patch of tropical greenery, opened on to a peaceful swimming pool.

Like most of us, the frenetic daily timetable of life means I am often catching my breath in between herding the children to playdates or after-school clubs, while juggling work filming, on photoshoots and writing assignments.

Here, all that was a distant memory as, with no timetable in sight other than when to head to our next delicious meal, I splashed in the waves with Zeph or collected shells with Xanthe and Zena.

The latter is a determined collector of stones, and the beaches of Mauritius did not disappoint her.

‘You do know we’re not taking these with us?’ I told her one night, as she unfolded yet another bag of her ‘treasure’.

But when we arrived back in the UK, tired but rejuvenated, I discovered Zena had smuggled one of those stones home in her suitcase.

‘I just wanted to remember, Mummy,’ she told me solemnly. I didn’t blame her.