There are reports that First Lady, Aisha Buhari has relocated from Aso Rock to Dubai, United Arab Emirates.

This report was put out by SaharaReporters stating that she has not been involved in any government activity.

The reports reveal that Aisha Buhar left Aso Rock Villa because it was not secure for her family.

The report also states that the First Lady has spent over three months and is not in a hurry to return.

The reports also state that her last sighting was when she attended the flamboyant wedding for her daughter, Hanan, and Mohammed Turad. 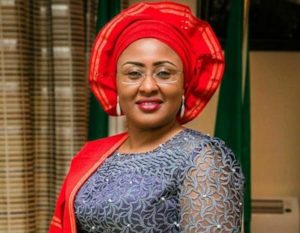