By Alesia Stanford For Dailymail.Com

The actress has been filming the romantic action-adventure Ghosted opposite Chris Evans, 40, in Savannah, Georgia Saturday.

The stunning brunette was costumed in a blue t-shirt and jeans as she sat underneath a small blue and white tent to escape the blazing sun and 80 degree temperatures. 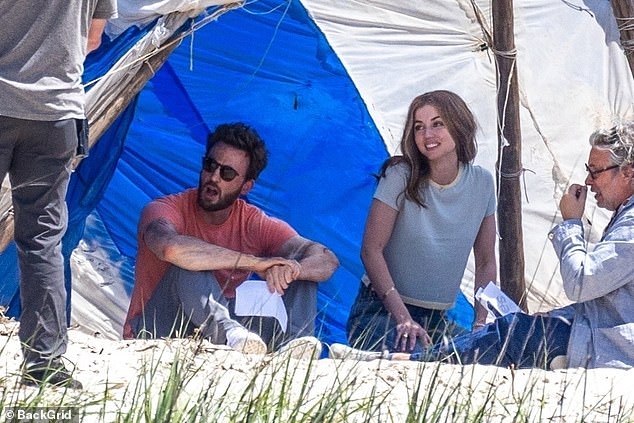 Birthday: Ana de Armas spent her birthday on set. The now 34-year-old actress has been filming the romantic action-adventure opposite Chris Evans, 40, in Savannah, Georgia Saturday

Chris was outfitted in a faded orange t-shirt and gray pants.

The Gifted actor was holding a paper and it appeared they two are going over lines with director Dexter Fletcher.

The duo later changed into different outfits for another set up. 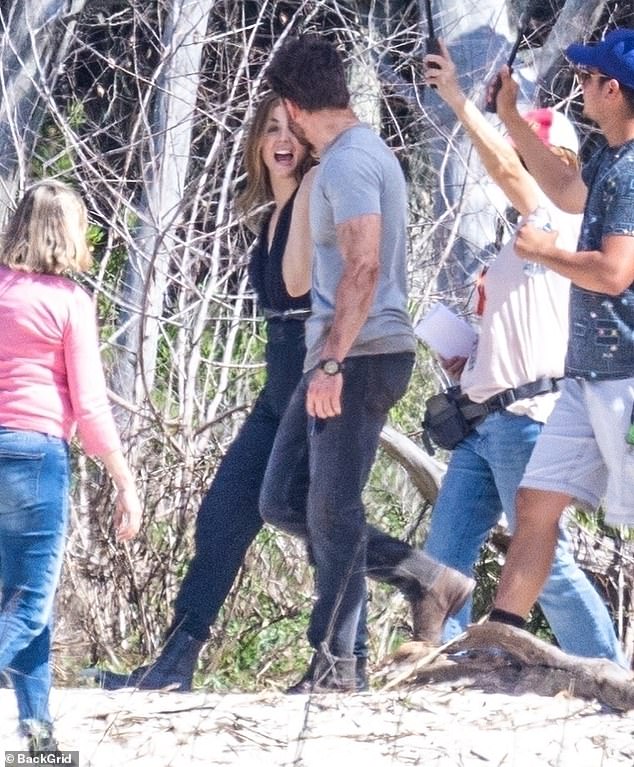 Workday: The Cuban-American star looked comfortable in a black tank top and hiking pants, while the Captain America actor donned black jeans and a gray t-shirt

The Cuban-American star looked comfortable in a black tank top and hiking pants, while the Captain America actor  donned black jeans and a gray t-shirt.

It wasn’t all work and no play on the star’s special day.

Ana posted a video of the cast and crew singing Happy Birthday, with a pink and gold balloon arch, a cake with candles and some backup cupcakes from a birthday party on the beach. 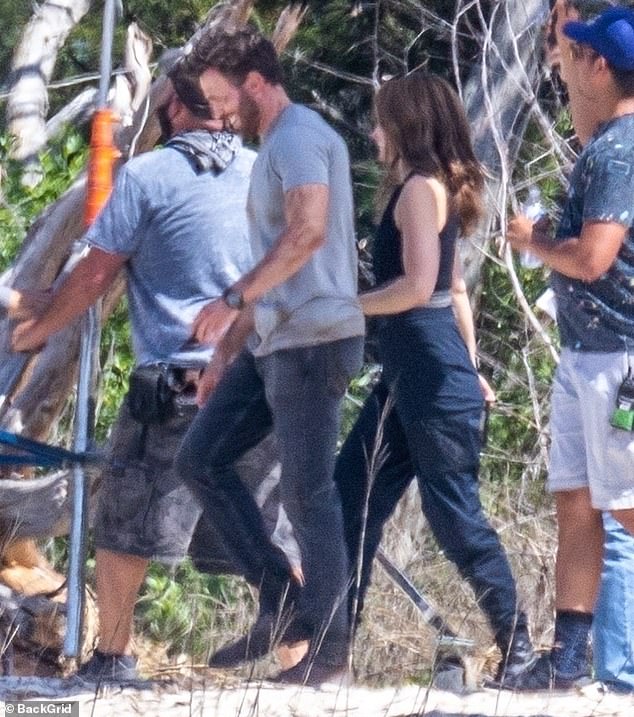 Teaming up: Ana and Chris worked together on the 2019 murder mystery Knives Out and re-united on this film after Scarlett Johansson had to drop out over scheduling conflicts

The birthday girl gave director Dexter Fletcher a hug, while her co-star clapped. ‘This is 34!’ she wrote, ‘Loved spending this special day on set. Thank you for all the wonderful birthday love.

The No Time To Die actress joined the cast of Ghosted after Chris’ Marvel co-star, Scarlett Johansson, had to drop out due to scheduling conflicts.

Ana and Chris are working as executive producers on the project. 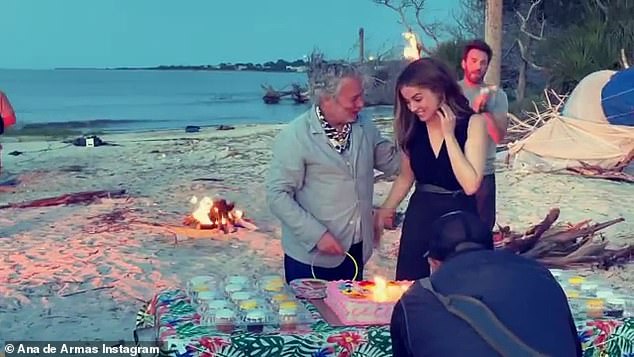 Candles and cake: The crew didn’t forget Ana’s birthday, throwing her party with candles and cake on the beach after wrapping for the day

The two knew each other long before she was signed to work on the Apple+ project.

They first met on the set of the  2019 comic whodunnit Knives Out.

The bi-lingual actress received rave reviews for her breakout performance against heavy hitters such as Jamie Lee Curtis, Daniel Craig and Toni Collette. 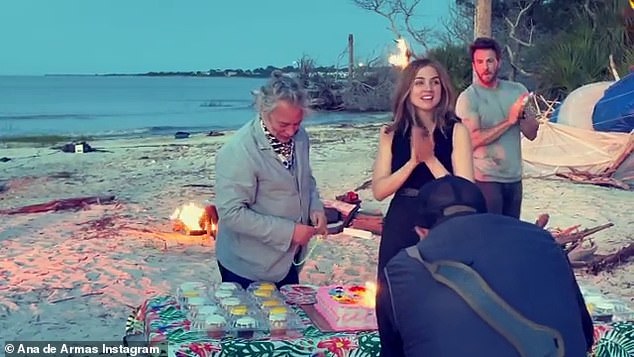 Bio: Ana was born in Havana, Cuba in 1988 and studied at the National Theatre School of Havana, graduating at age 16. She moved to Los Angeles in 2014

Ana was born in Havana, Cuba in 1988 and studied at the National Theatre School of Havana, graduating at age 16. She made her first film, Una rosa de Francia, in 2006.

The actress moved to Spain where she starred in the popular teen drama, El Internado, for three years.  She moved to Los Angeles in 2014, earning roles in War Dogs and Blade Runner 2049.

The beautiful brunette was briefly married to Spanish actor and model Marc Clotet from 2011-2013. Ana dated her Deep Water co-star Ben Affleck for about a year from 2020-21.  Now, she is reportedly dating Paul Boukadakis, a Tinder executive. 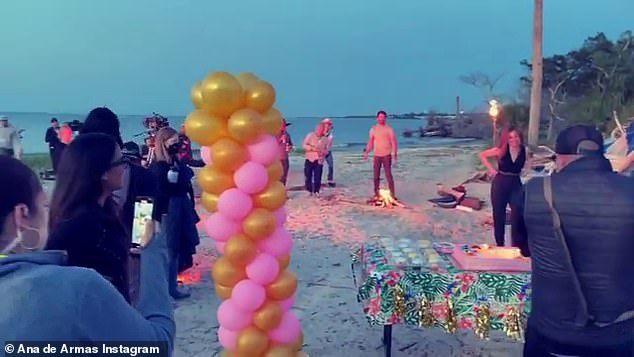 Broader role: Ana and Chris are not only starring in the romantic adventure, they are also working as executive producers 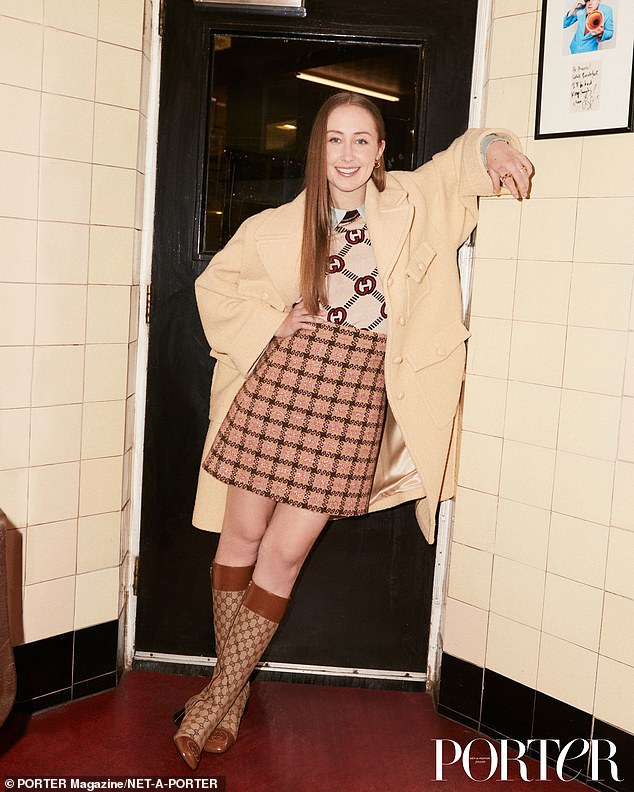 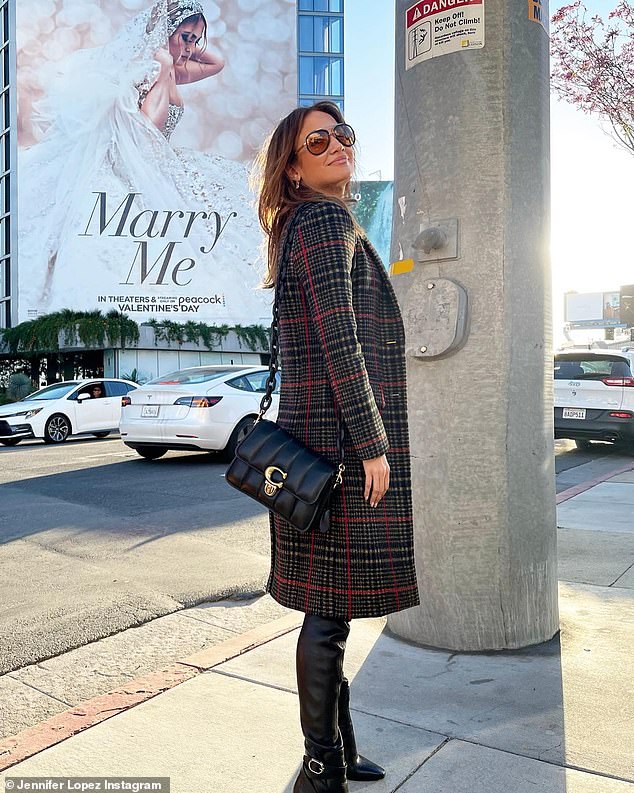 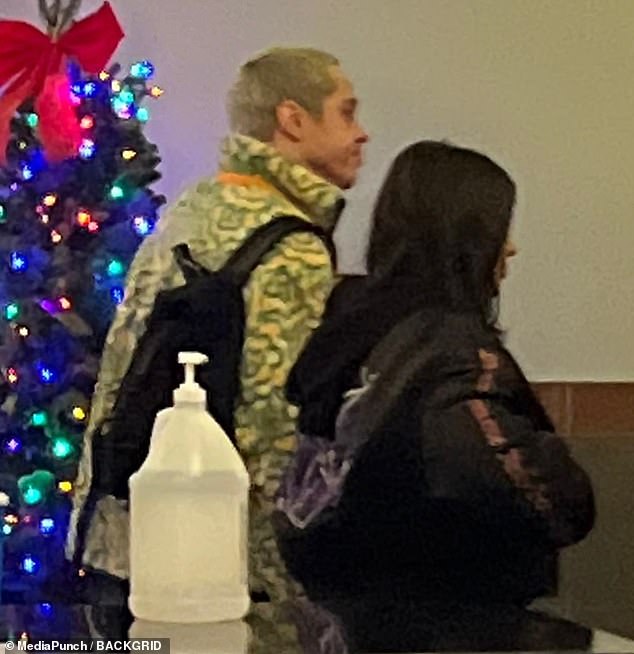 Advertisement Kim Kardashian and Pete Davidson shut themselves off from prying eyes on Saturday evening by renting out an entire cinema auditorium for their latest date before spending the night at a five-star hotel.  The unlikely new couple enjoyed the luxury of an empty theatre during a visit to Staten Island’s Atrium Stadium Cinemas, where… 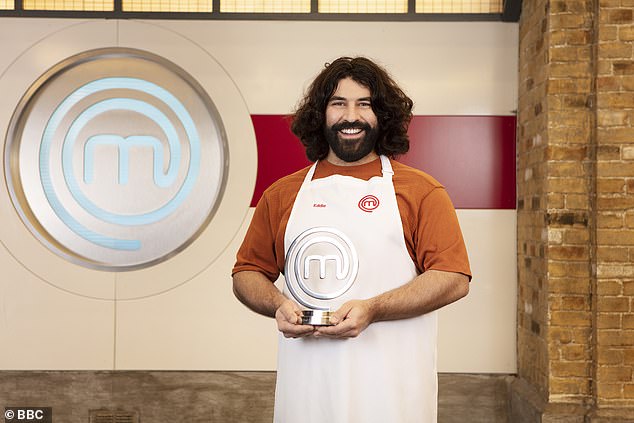 Advertisement Marine pilot Eddie Scott has become MasterChef 2022 Champion, it was announced on Thursday, as he becomes the 18th amateur cook to claim the prestigious title. The ex-Merchant Navy officer, 31, took on fierce competition from 44 other amateur cooks, through seven weeks of culinary challenges and an exhilarating final cook-off. After producing outstanding… 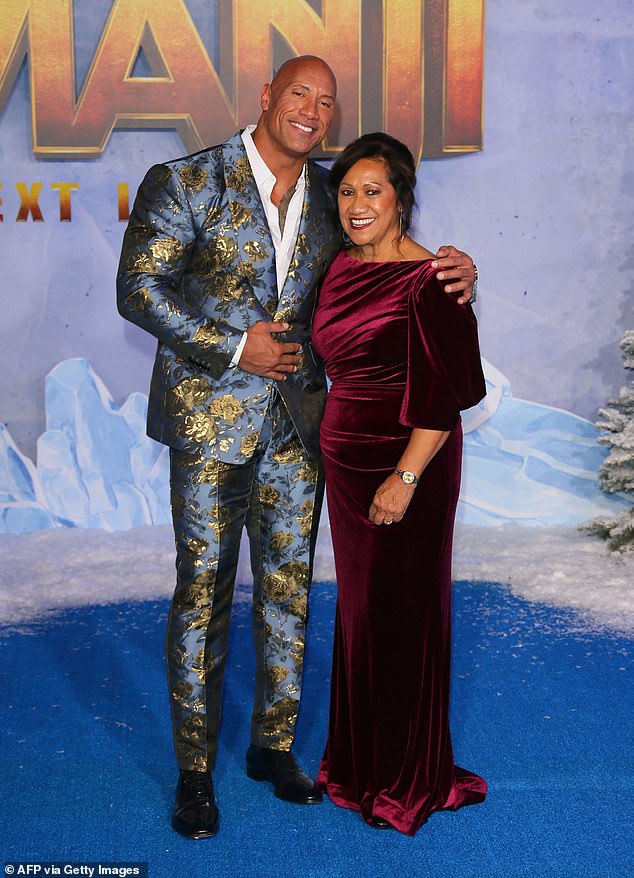 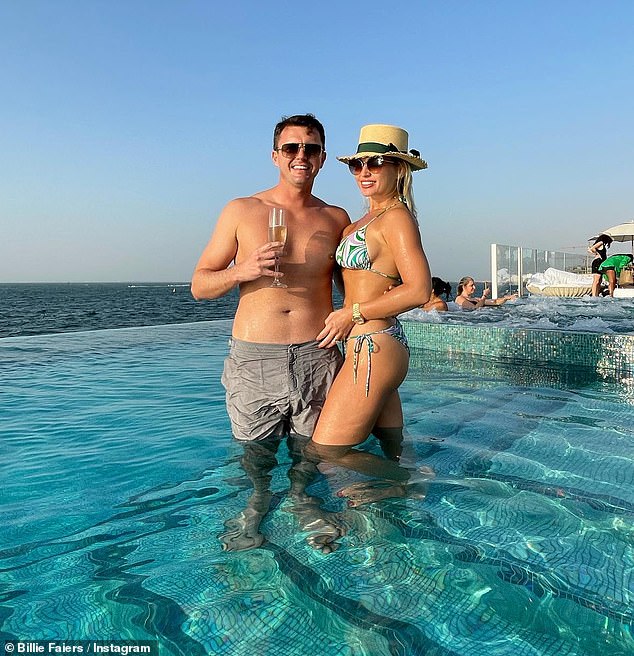 Advertisement Billie Faiers and her husband Greg Shepherd looked on cloud nine as they enjoyed a holiday to Dubai with family and friends. The couple, who recently celebrated their tenth anniversary, put on a loved-up display as they shared a smooch in a snap shared on Billie’s Instagram. The former TOWIE star, 31, showcased her…