The 34-year-old actress has played a variety of roles on screen, including a crime solving nurse in Knives Out, a spy in No Time to Die and most recently, a CIA operative in The Gray Man. Her most controversial role to date will be as Marilyn Monroe in the Netflix film, Blonde.

The versatile star opened up about starring as the iconic actress in an August cover interview with Elle, in which she shares some of her reasons for tackling the troubled actress. 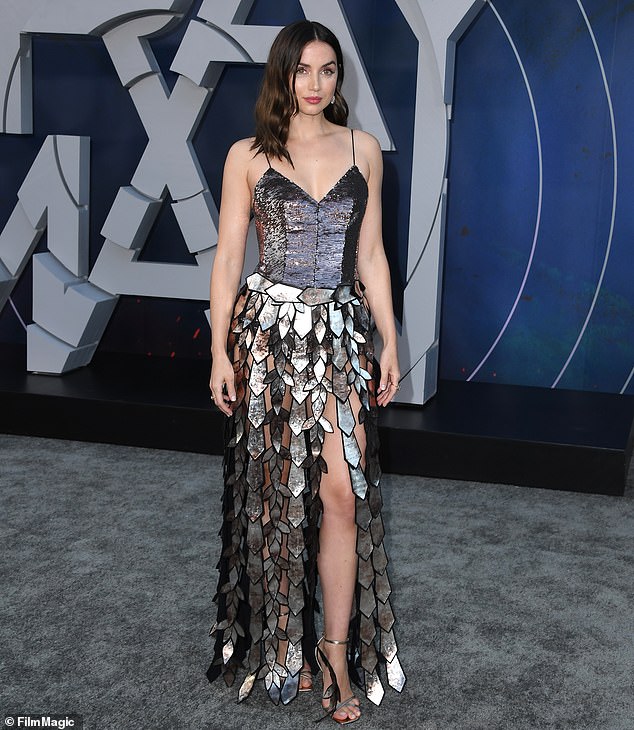 Ana, who was born and raised in Cuba, may not have seemed the logical choice to some.

‘I do want to play Latina. But I don’t want to put a basket of fruit on my head every single time,’ explained the Deep Water star.

The movie, which debuts on Netflix September 23, is a fictionalized version of The Gentlemen Prefer Blondes star’s life, based on the Joyce Carol Oates historical novel about the screen siren. 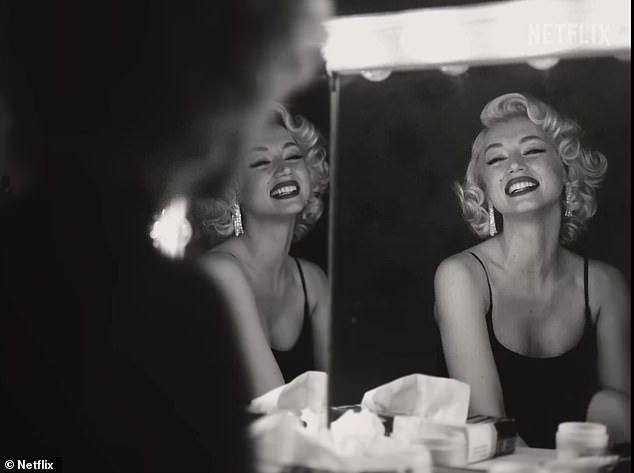 Transformation: The 34-year-old actress was transformed into the iconic star for the project, based on the Joyce Carol Oates novel, which takes a fictionalized look at Marilyn Monroe’s life; still from the Blonde trailer 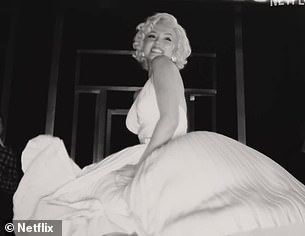 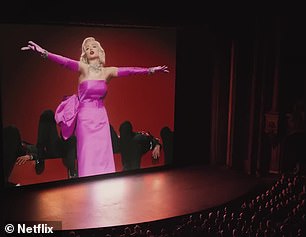 Recreation:  The role required Ana to meticulously recreate scenes from classic films such as The Seven Year Itch and Gentlemen Prefer Blondes; stills from the Blonde trailer

The role calls on The Informer actress to meticulously recreate many of Marilyn’s performances, including the legendary song and dance number, Diamonds Are a Girl’s Best Friend, and the white dress scene from The Seven Year Itch.

In an interview with Netflix Queue, Ana said she felt that writer/director Andrew Dominik’s ‘ambitions were very clear from the start: to present a version of Marilyn Monroe’s life through her lens.’ 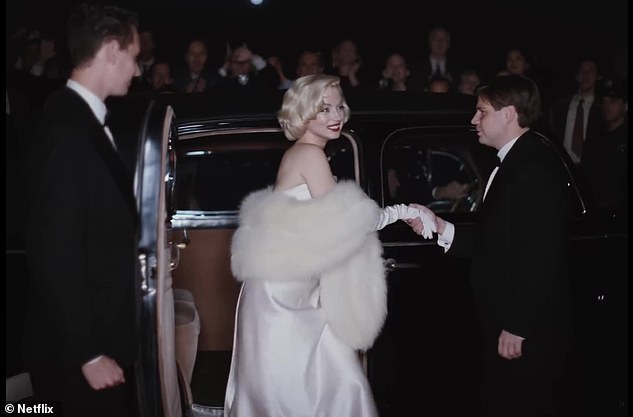 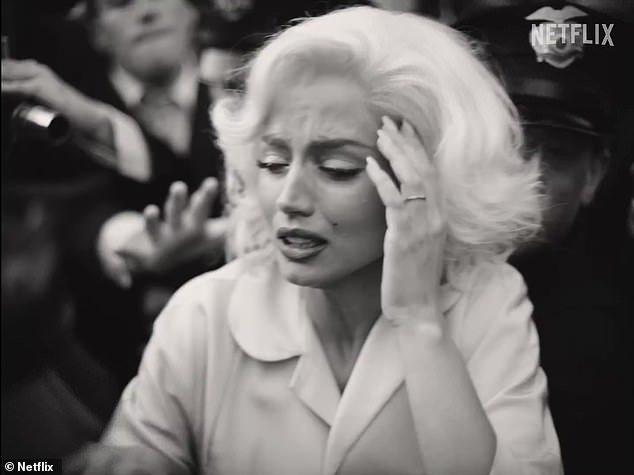 Feminist: The versatile star said she found the script ‘to be the most daring, unapologetic and feminist take on her story that I had ever seen’; still from the Blonde trailer

She added, ‘He wanted the world to experience what it actually felt like to not only be Marilyn, but also Norma Jeane (her birth name.) I found that to be the most daring, unapologetic and feminist take on her story that I had ever seen.’

The Saturn Award winner has indicated she believes calls for diversity in Hollywood are making it a bit easier to tryout and even be cast in a variety of roles.

‘It’s definitely changing; it’s getting better. But it’s hard to know now, being in my position, because I know it’s not the same for everybody,’ she admitted, ‘And I feel like it’s coming from filmmakers, that diversity has become a must. You have to do the right thing. Thank God.’ 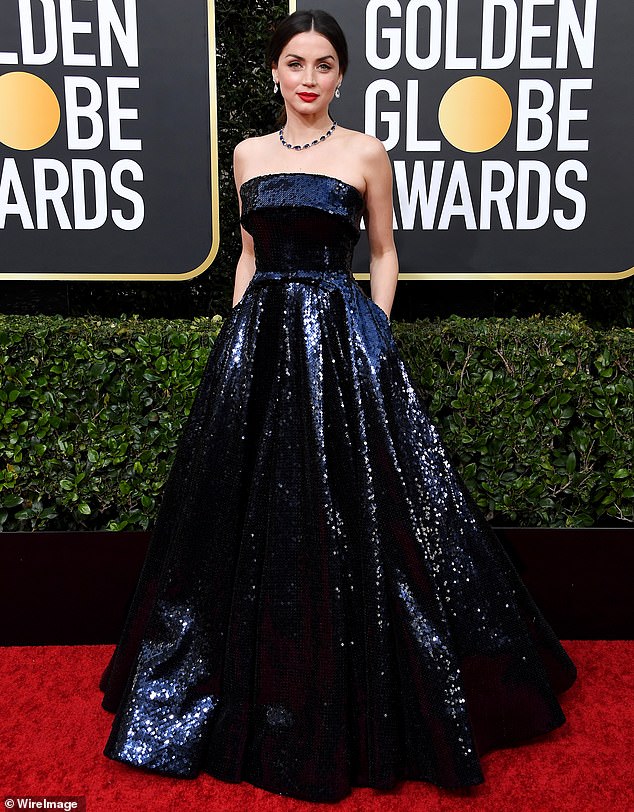 Ambition: The ambitious actress is taking control of projects, not only acting, but working as an executive producer. She insisted on hiring a female writer for her upcoming film, Ballerina; seen in January 2020 in Beverly Hills

Ana may be helping that process. She served as an executive producer on her upcoming film Ghosted, in which she shares the screen with Knives Out and The Gray Man co-star Chris Evans.

She was also closely involved with hiring a female writer for her upcoming project Ballerina, which will be part of the John Wick franchise.

‘It was really important for me to hire a female writer, because to that point when I got involved in the project, it was only the director, Len Wiseman, and another guy. And I was like, “That’s not going to work.” So I interviewed, like, five or six female writers. We hired Emerald Fennell, which I was so proud of.’ 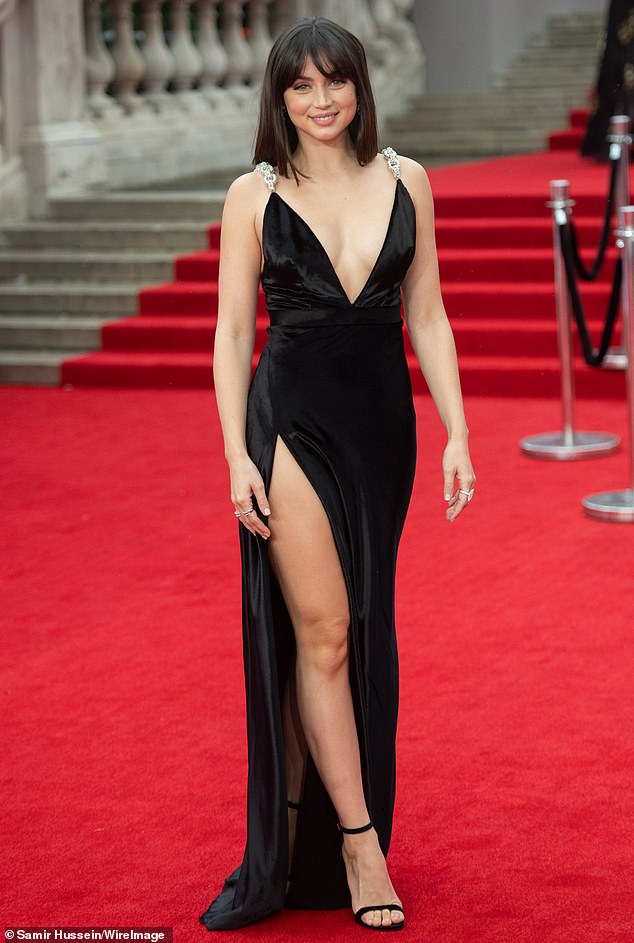 Diversity: On diversity in Hollywood, No Time to Die star says it seems to be getting better.  ‘And I feel like it’s coming from filmmakers, that diversity has become a must. You have to do the right thing. Thank God’; seen in September 2021 in London