Anthony Albanese has told The Project that ‘mental health considerations’ are the reason he’s refusing to re-introduce a mask mandate despite soaring Covid cases.

The Prime Minister on Wednesday’s program said he’s reluctant to ‘put controls on people’s behaviour’ as he opened up about how his own life has changed since taking office in May.

He has encouraged masks as winter coronavirus cases surge but stopped short of strict mandates, despite warning the wave could match summer’s Omicron wave earlier this year.

Based on current modelling, it’s expected the third Omicron wave would peak in August and likely be over by September. 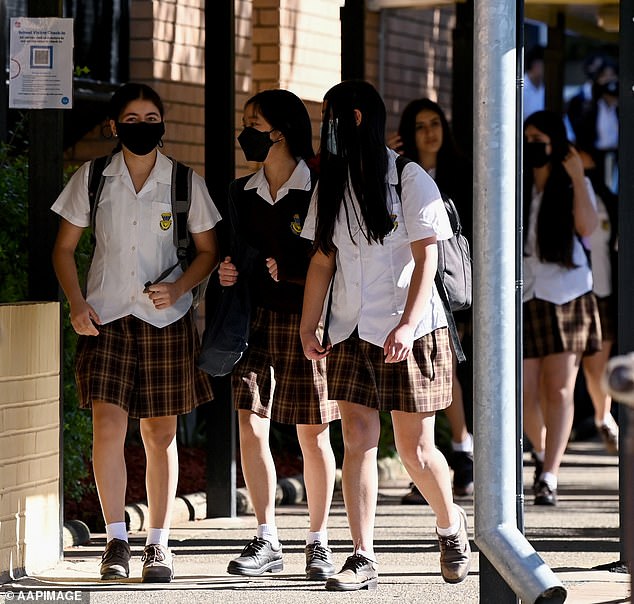 When pushed by The Project hosts about the seeming contradiction between mandates just a few months ago and their absence now, Mr Albanese said there were multiple reasons.

He pointed to the high levels of vaccination and booster shots taken up by Aussies and said measures like masks mandates and social distancing had to be curtailed at some point to reduce the impact on mental health, especially to young people.

‘There are two things at play. One is mental health considerations… the imposition of control’s on people’s behaviours has an impact on people’s health, that’s just the reality,’ he said.

Mr Albanese said the second factor was the widespread availability of vaccines and anti-viral medications.

‘The big difference between now and 12 or 18 months ago is the level of vaccinations out there, that is making an enormous difference… and the other thing that is kicking in is the anti-virals that do make a difference if people get Covid.’ 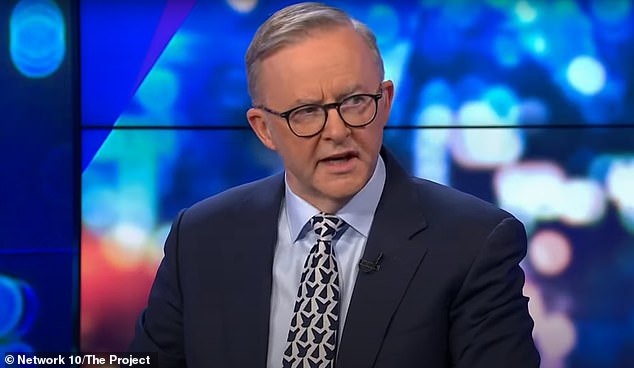 Two months into the nation’s top job, Prime Minister Anthony Albanese has spoken on the The Project about how life has changed for him and challenges the country is facing

Host Peter Hellier asked whether his views have changed since becoming PM and brought up the moment Mr Albanese was photographed stepping out to get his morning paper at his Sydney home in a Newtown Jets football jersey, pyjama pants and ugg boots in May.

‘The pyjama incident was not my highlight post campaign,’ Mr Albanese said.

‘But that was one moment where you realise things have changed because that was at 6am in the morning and there’s not normally photographers outside my home in Marrickville then.’

‘I didn’t even know it had really happened until later.’

He also revealed that at two months into the nation’s top job he still has to remind himself that he is Australia’s elected leader.

‘When I sign letters and ‘Prime Minister’ is on the top there or I’m watching TV and they’ll say ‘the prime minister said’; and usually I grumble about that but now I go ‘that sounds alright, oh yeah that’s me’,’ he said. 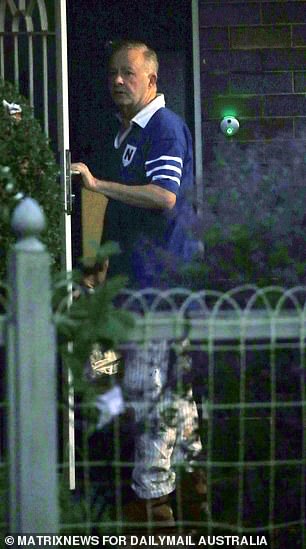 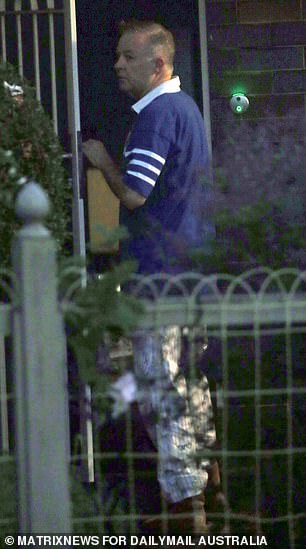 Anthony Albanese stepped out looking very casual in his pyjamas, Newtown Jets jersey and a pair of Ugg boots to collect the daily newspaper on the tail end of the election campaign in May (pictured)

Mr Albanese also touched on the soaring cost of living – saying that he is cautious of stimulus payments with the country already racking up a trillion dollar deficit.

‘Petrol prices are rising because of Russia’s invasion of Ukraine and that’s having a knock-on effect with the supply chain and people are seeing that in the supermarket.’

‘But we can’t just keep spending money indefinitely because there are consequences of that as well.’

‘We have to make choices and we have a range of things we’re committed to such as cheaper childcare and more funding for aged care.’

He said the cost and resources of having to police coronavirus mandates also had to now be reconsidered with vaccinations high, the country in huge debt and household budgets stretched thin.

‘We still have mask rules on public transport but many people are not wearing them, do you go in there and arrest people or fine people?’

‘Australians have done remarkably well and continue to do so… in the last week 500,000 people have got their fourth shot.’

‘So people are doing the right thing to protect their families and communities.’ 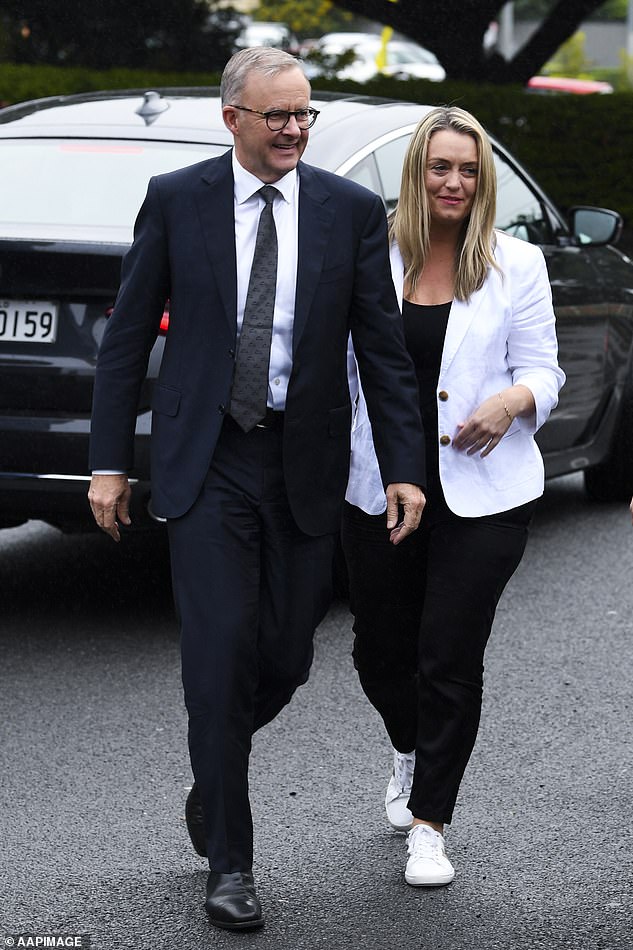 ‘The truth is that if you have mandates you’ve got to enforce them,’ he told reporters in Melbourne earlier on Wednesday.

Asked on if border closures or lockdowns could be brought back as the country grapples with rising infections, Mr Albanese responded: ‘I hope not.’

‘I think people are done with those sort of economic restrictions … when I met with the state premiers and chief ministers last week, no one’s arguing for those economic constraints to be brought back,’ he told 3AW.

His comments follow chief medical officer Paul Kelly saying businesses should look at working-from-home plans for employees in a bid to stem the rise in infections.

Mr Albanese said many businesses had already adjusted to working-from-home models as a result of the pandemic, although it may not always be the case for some sectors.

‘For many businesses, it works for both the business and the employee to have more people working from home, of course, we need to recognise there’s a consequence as well,’ he said.

‘It’s a matter of getting the balance right.’ 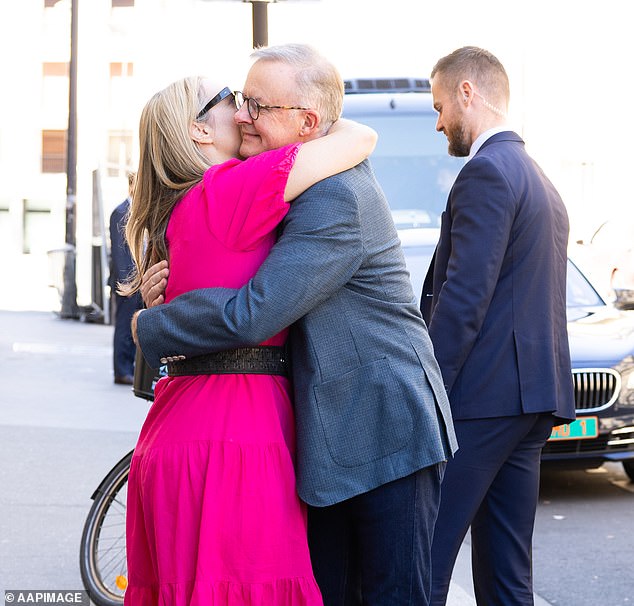 Australian Council of Trade Unions secretary Sally McManus has called for all employers to implement work-from-home measures for those who can, as well as provide N95 masks for all indoor workers.

Prof Kelly said strong community action is needed to halt the spread of the virus but has labelled mandates ‘contentious’.

‘It’s a pretty strong recommendation,’ he told the ABC on Wednesday.

‘I have recommended that we need to increase mask use … we have left it there for others to consider the pros and cons of how to do that.’

Prof Kelly refused to be drawn on revealing forecasted case numbers for the end of winter.