Ashley Tisdale cuddles her baby daughter Jupiter as she welcomes the New Year with a family beach day: ‘2022 here we come!’

Ashley Tisdale kicked off 2022 with a family beach day.

The High School Musical actress, 36, posted several photos of herself holding her daughter Jupiter Iris, nearly 10 months, as she welcomed the New Year from the beach. 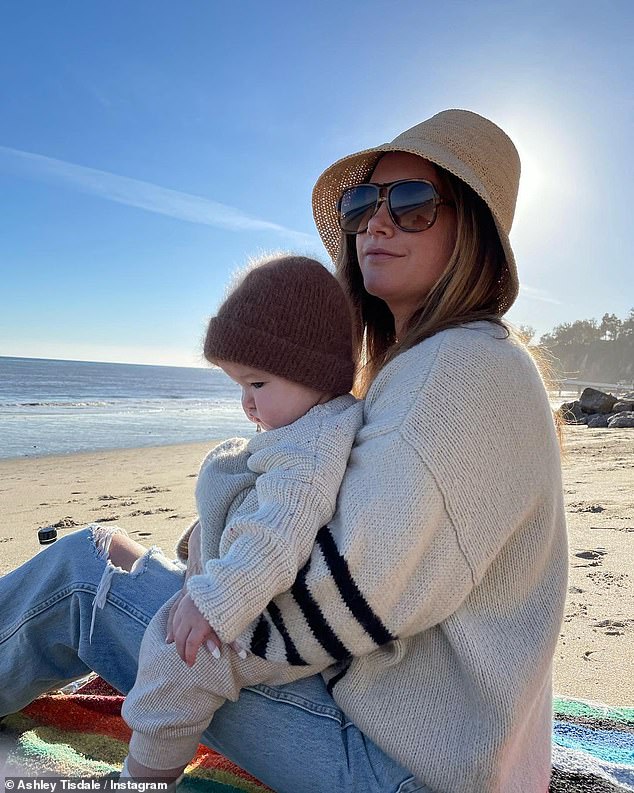 ‘2022 here we come!’ Ashley Tisdale kicked off the New Year with a family beach day

In the images, both Ashley and her little girl wore hats as they basked in the sunshine on a colorful beach towel.

Ashley was the picture of maternal bliss as she snuggled her little girl who sat on her lap.

The actress wore a straw hat, billowing sweater, ripped jeans and a pair of sunglasses.

Ashley posted more of their relaxing beach day to her Instagram Stories, where she and her husband Christopher French welcomed the new year barefoot on the sand. 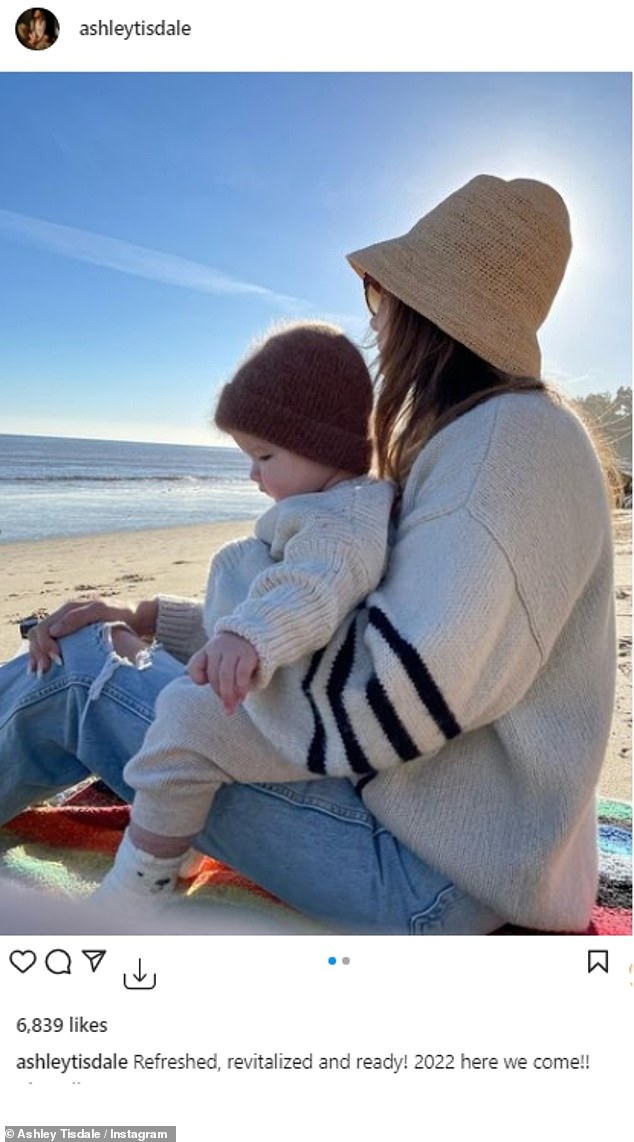 Aww: Tisdale cuddled her nearly 10-month-old daughter Jupiter Iris as they kicked back on the sand

The beauty was feeling ‘fresh’ and ‘ready for the new year’ after abstaining from alcohol the night before.

On her Instagram Stories, Ashley revealed it was a tradition she had started several years prior.

‘The last couple years I’ve spent New Year’s Eve not partying or drinking and I have to say it feels so good waking up not hungover. I feel fresh and ready for the new year,’ she wrote. 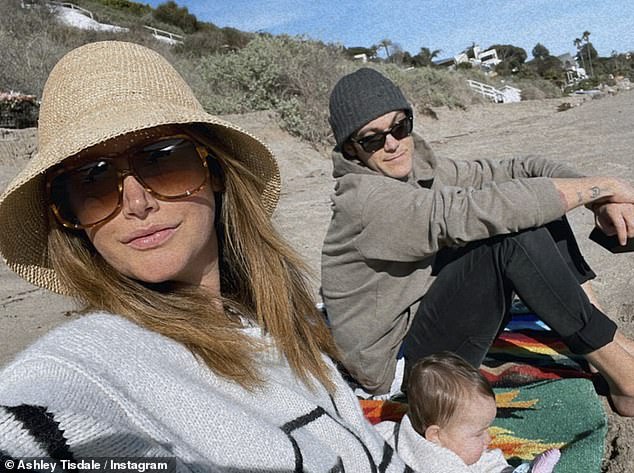 Life’s a beach! Tisdale posted more of their relaxing beach day to her Instagram Stories on Saturday, where she and her husband Christopher French welcomed the new year barefoot on the sand 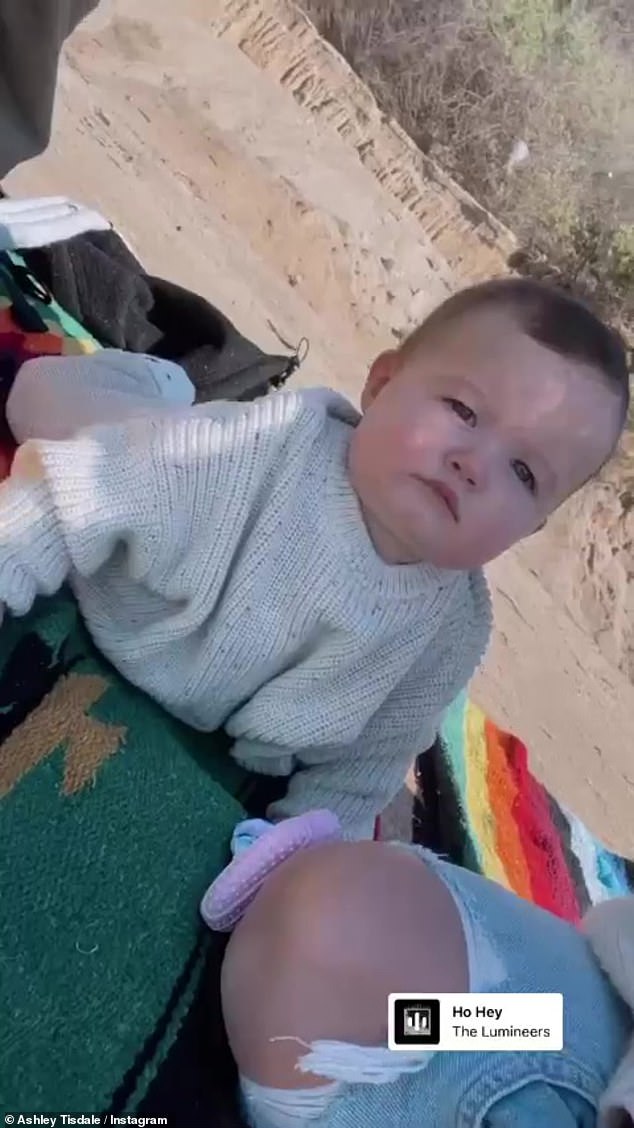 That’s her girl! Jupiter soaked up the sun beside her parents

In subsequent posts, she showed off her healthy breakfast full of greens and snaps from her beach day.

Ashly and her husband Christopher initially met through mutual friends in 2012, and they began dating not long after their first meeting.

The happy couple went on to announce their engagement just a year after they were formally introduced. 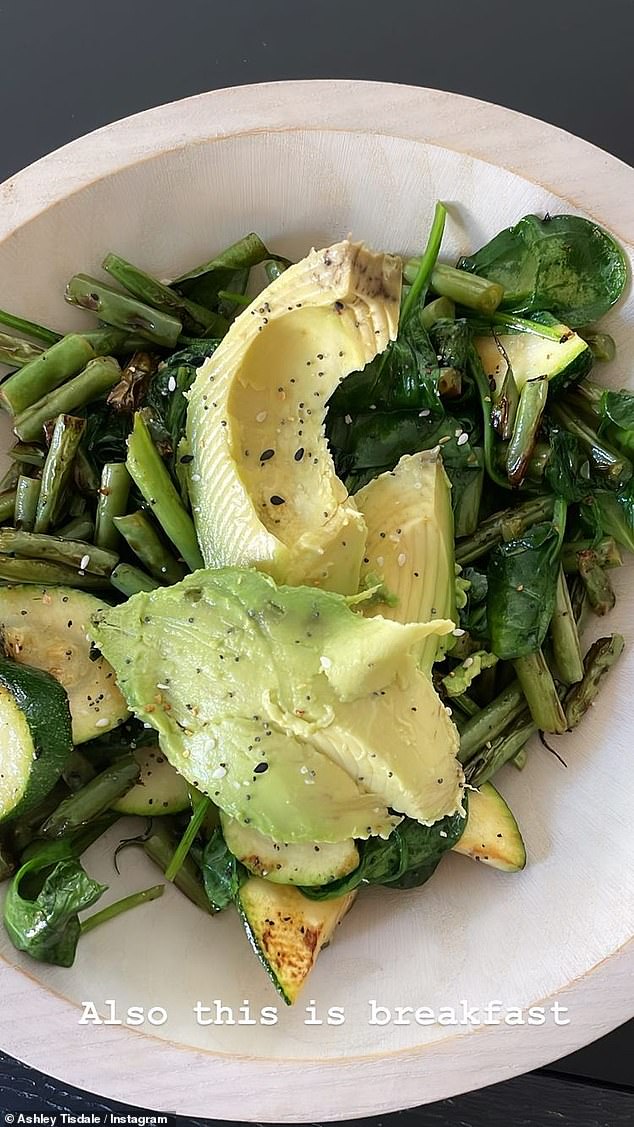 Starting 2022 on a healthy note! The 36-year-old showed off her breakfast full of greens 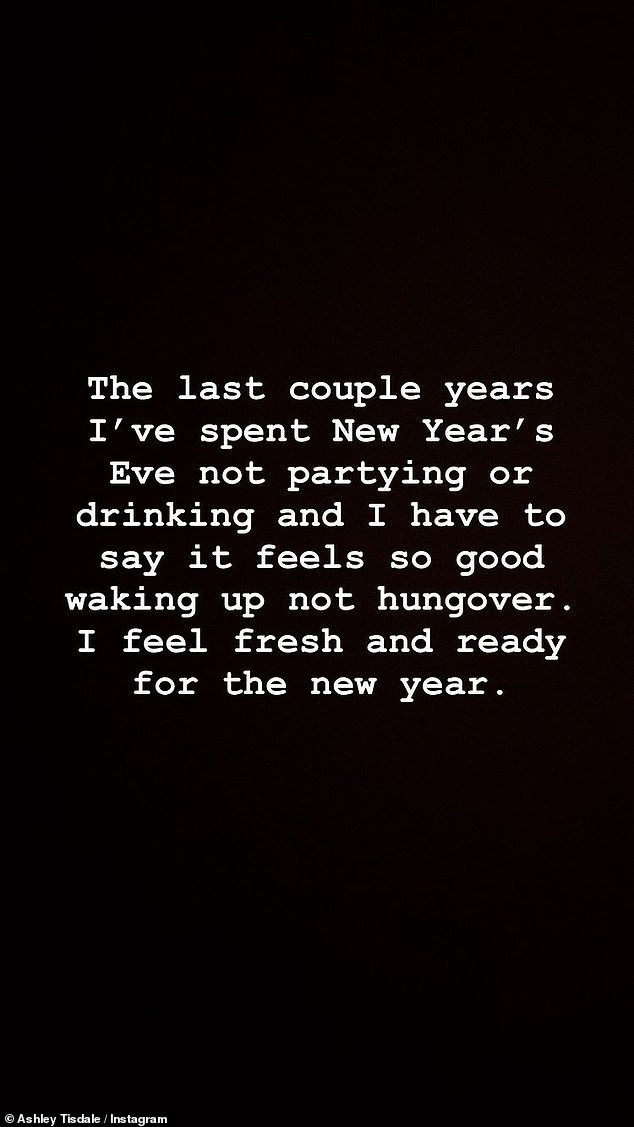 Going clean: The beauty was feeling ‘fresh’ and ‘ready for the new year’ after abstaining from alcohol the night before

The two eventually tied the knot during a wedding ceremony that was held in 2014.

The pair made it known to the public that they were expecting to start a family through a post that was shared on Ashley’s Instagram last September.

She went on to give birth to Jupiter Iris this past March, and she also announced her daughter’s arrival with a picture that was shared on her account. 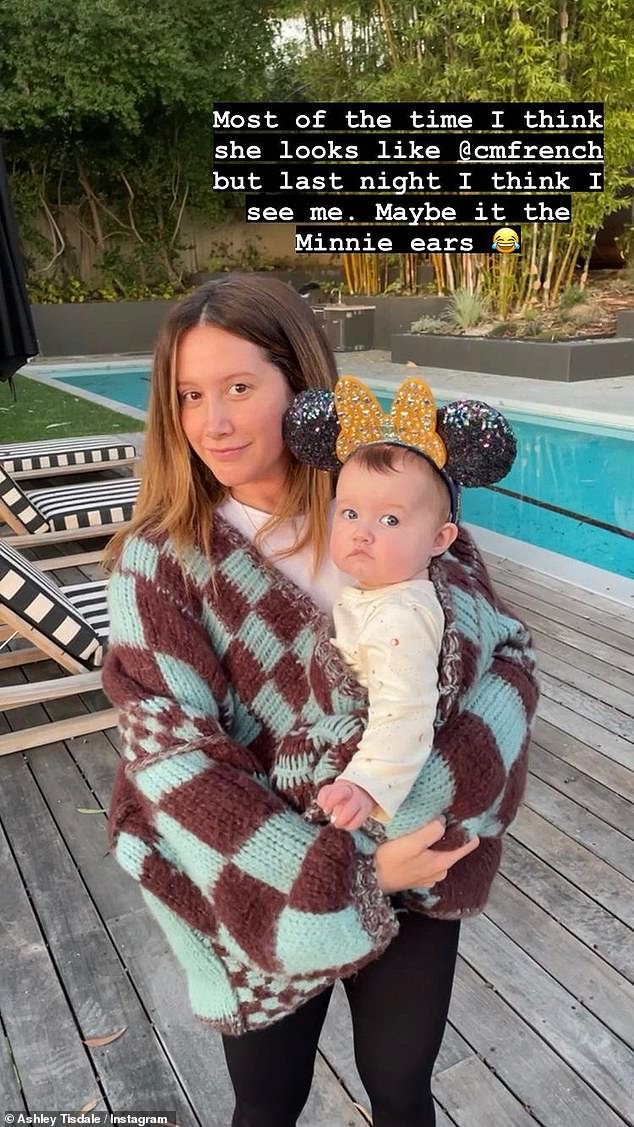 Mommy and me: She also shared a heart-warming photo of her with her little girl