At least 64 convicted dangerous sex offenders are on the run in the UK after breaking their licence conditions after being let out of jail early.

The fugitives – who include paedophiles – are all being hunted for recall to prison for breaching their strict release rules.

Among them are a criminal, 40, described as a ‘risk to women and children’, who groomed a teenage girl on Facebook for four years before sexually assaulting her.

Another – convicted of sexual activity with a child – had only been free for less than a month before he vanished.

They are among 2,130 criminals currently unreturned to custody who should now be behind bars.

There are some 341 of them who were originally been serving a prison sentence for violence against the person, separate from the sex offenders.

The Met Police are currently hunting Daniel Joslin, 40, who they describe as ‘a risk to young women and girls’ after he vanished in Rugby, Warks, following his release.

Joslin was jailed in 2012 for grooming a teenage girl on Facebook for four years before sexually assaulting her.

He is wanted for failing to comply with a Registered Sex Offender notification after his release from prison in May.

Joslin is a white male, 6ft 1ins tall, of slim build and is known to use a number of aliases. 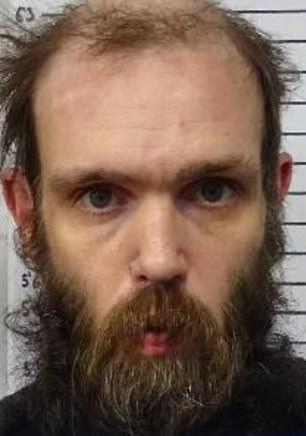 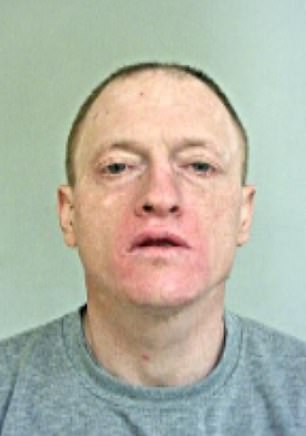 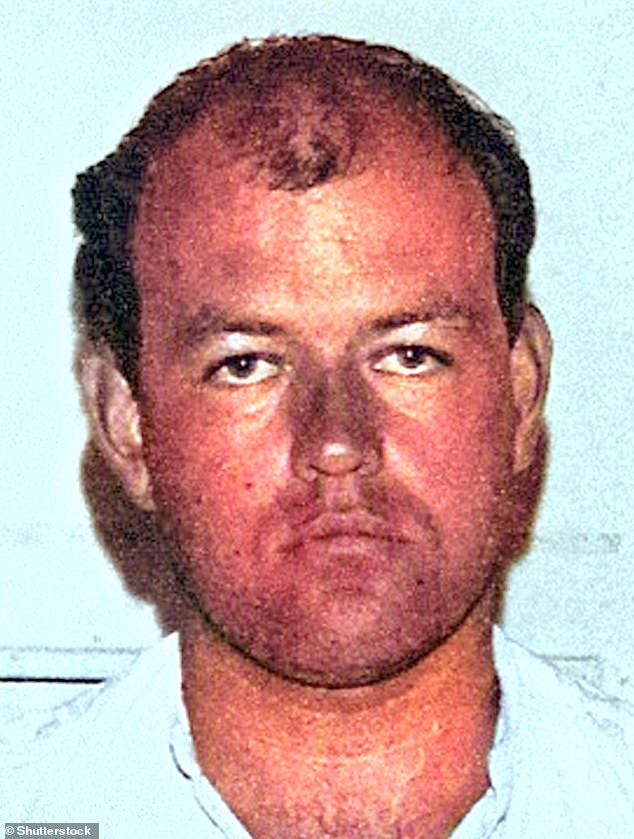 Colin Pitchfork – who raped and strangled two 15-year-old girls in the 1980s – was recalled to prison after being freed on licence. He is currently behind bars and not being hunted by police

Lancashire Police officers are searching for Paul Hope, 38, who was jailed for 32 months in 2010 after being convicted of two counts of sexual activity with a child under 16.

Detectives say Hope, who has links to Preston, was freed from prison on May 9 and has since gone missing.

Following his release, he was ordered to attend a police station as part of the terms of his release, but failed to show.

Hope has disappeared before after breaching the notification requirements of his Sexual Offences Prevention Order.

In just April this year, he was jailed for a week at Preston Magistrates’ Court after he failed to comply with his supervision order.

Licences let prisoners on fixed sentences be freed, often half-way through their terms, but subject to certain conditions.

Sex offenders frequently have extra rules added including banning contact with children or internet use and a requirement to notify the authorities where they are.

Some are subject to regular lie detector tests – known as polygraphs – during their licence. 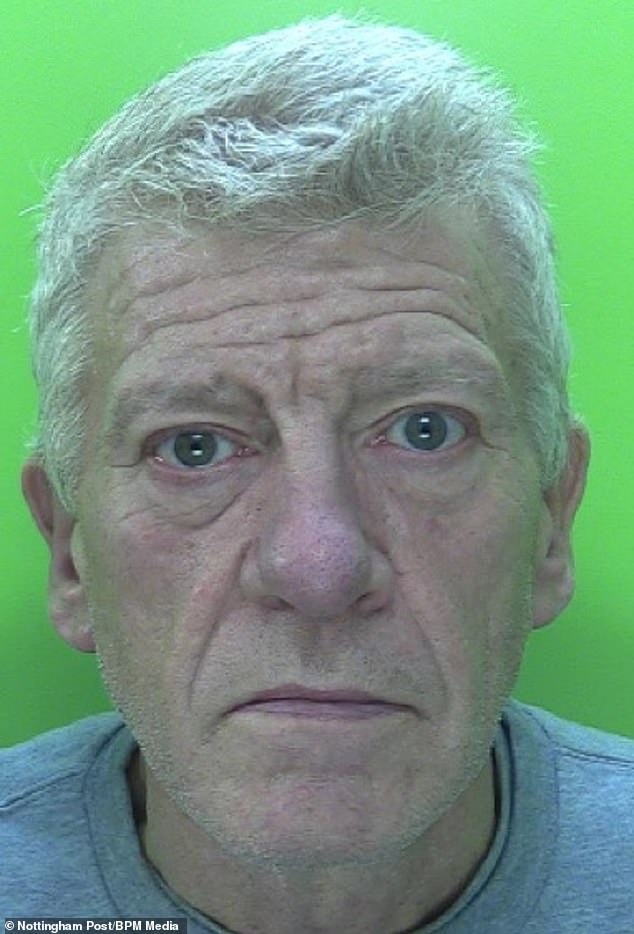 Lawrence Bierton, 61, faces a possible whole life jail term after murdering a pensioner while out on licence from his sentence for killing two other elderly women in 1995 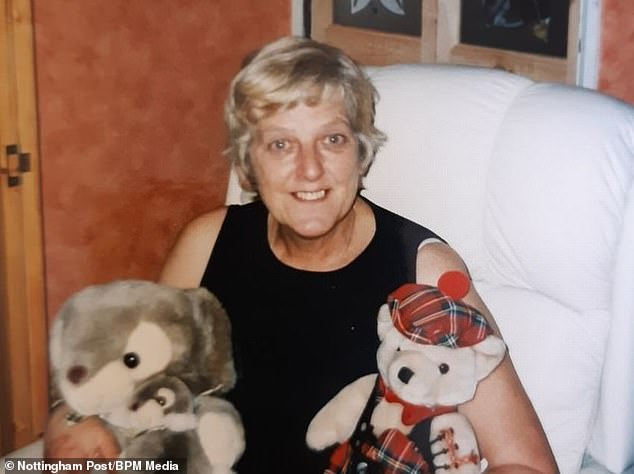 For the majority of cases the strict regulations work and there are no further offences committed.

But there have been a number of cases where criminals freed on licence have gone on to be recalled for breaking the rules or worse.

Child murderer and rapist Colin Pitchfork was recalled to jail after being freed last year during his sentence.

The sex killer – who raped and strangled two 15-year-old girls in the 1980s – had been approaching teenage women in the street.

Sources said the then 61-year-old had appeared to be trying to establish a connection with them.

The mother of one of his victims said it proved there was no way the ‘psychopath’ would be cured of his lust for young females.

And a convicted double killer serving a life sentence was allowed out on licence – only to murder a third pensioner the following year.

Ms Quinn, a 73-year-old grandmother, died of a fractured skull that resulted from ‘a number of blows’ with a ‘degree of force’, Nottingham Crown Court heard last month.

Bierton was arrested 30 miles away from their street the next morning. It was heard that he had been driving Pauline’s car.

He was previously found guilty of killing sisters Aileen Dudhill, 79, and Elsie Gregory, 72, at their home in Rotherham, South Yorkshire, on June 25, 1995.

A Probation Service spokesperson said: ‘We work relentlessly with the police to track down offenders who have been recalled.

‘Less than one percent of these offenders are not returned to prison – and this includes some who have been deported or died.’