An Aussie model has made a shocking discovery after opening the door of her car which had not been driven for three weeks – with stomach-churning consequences.

Model Jess Davis, 32, was horrified to find a hideous mould infestation had taken over the inside of the upmarket Audi sports car when she finally unlocked it

In a video she posted to TikTok on Thursday, Ms Davis can be seen recording herself approaching the car in Sydney as she shares the experience with her followers. 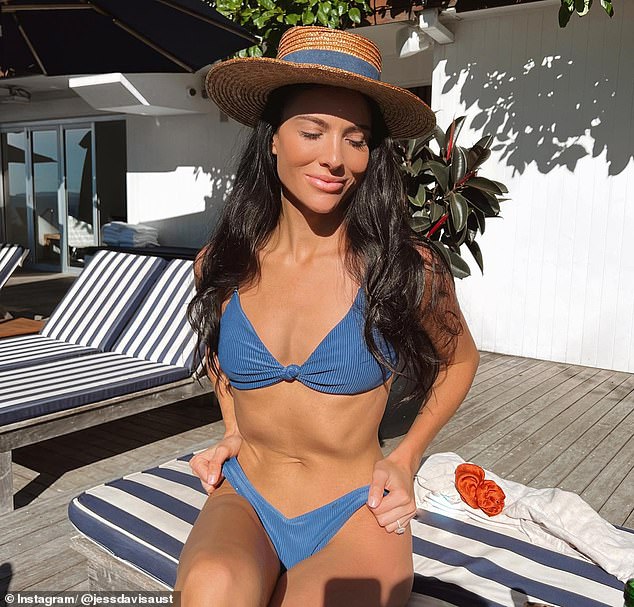 Aussie model Jess Davis (pictured), 32, made a shocking discovery after opening the door of a car that had not been driven for three weeks

‘Okay, I really believe that this has happened…I haven’t driven my car in three weeks and when we went to open it today, look what we have found,’ she says in the clip.

‘What the f***! Like, I just can’t even…I am growing a garden or a rainforest inside of my car and don’t even know what to do with this right now.’ 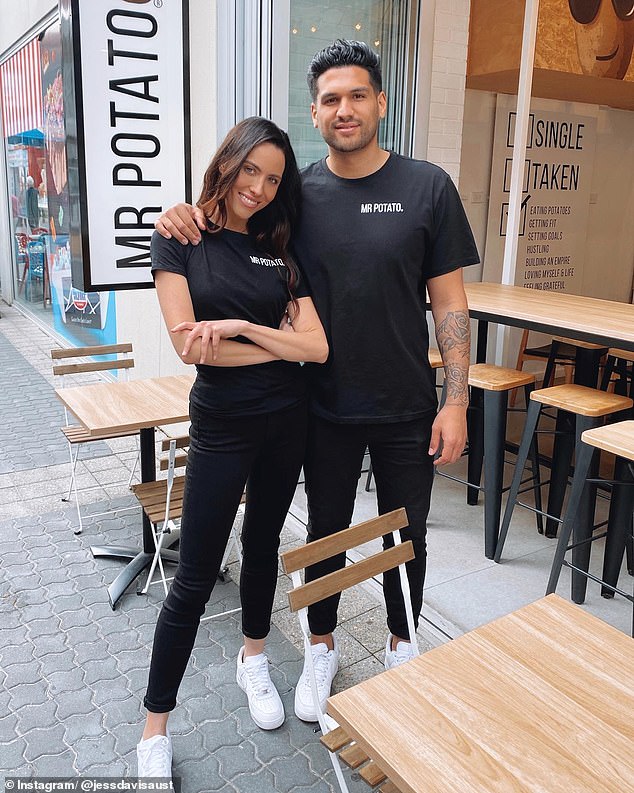 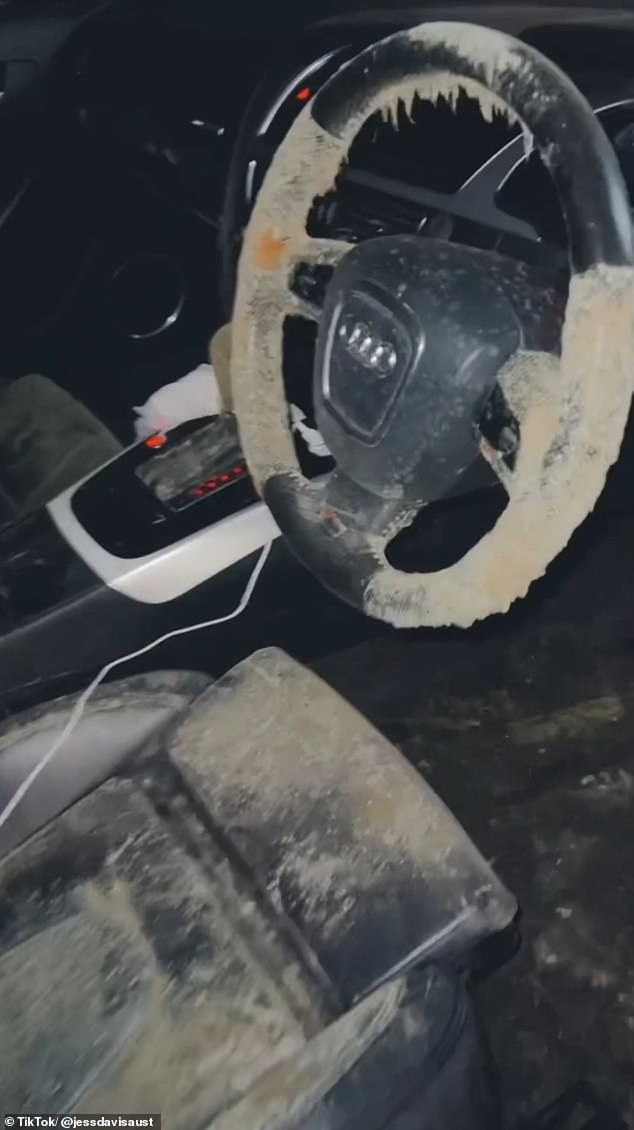 Ms Davis said: ‘What the f***, like I just can’t even…I am growing a garden or a rainforest inside of my car and don’t even know what to do with this right now’

Ms Davis is the owner and founder of company ‘Mr Potato’ alongside husband Tyson Hoffman and revealed it was actually Tyson who first discovered the mould.

‘He came upstairs and said “Hey Babe, there’s something really weird going on inside of your car – come look,”‘ she told Daily Mail Australia.

‘At first, I thought that an animal or a snake had found its way inside, but I was even more shocked when I saw what had actually happened.

‘Once we discovered what had happened, Tyson put on a face mask and cleaned off enough of the mould off so that we could take it to get detailed.’

Ms Davis added: ‘I actually can’t believe the amount of reach my TikTok got, given it was only my second TikTok and I only had 100 followers.’

She originally created her TikTok account to share her business journey with Mr Potato and give general positive advice, she said. 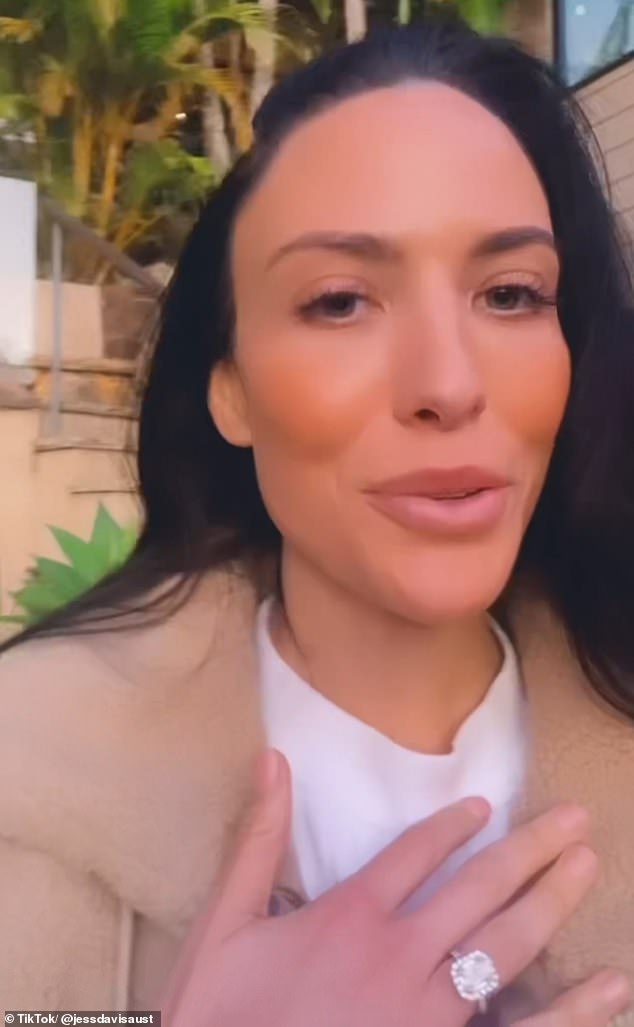 In the video she posted to TikTok, Mrs Davis (pictured) can be seen recording herself approaching the car as she shares the experience with her followers 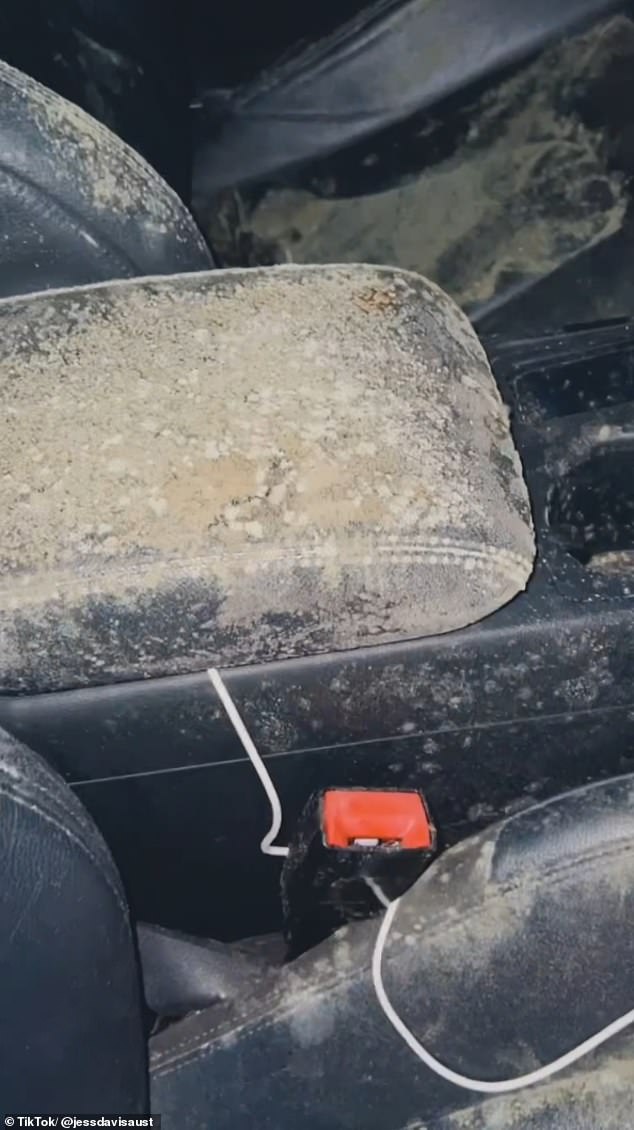 Once they discovered what had happened, her partner Tyson put on a face mask and cleaned off enough of the mould (pictured) off so that they could take it to get detailed

‘However, when the issue turned up with my car, I thought it was too crazy not to share with the world,’ she added.

She said she had never heard of mould outbreaks like this before but has since learned from many TikTokers across the country that it can be common given the recent record rainfall, high humidity and floods.

‘It must have been the humid weather and moisture trapped inside that had caused the issue to occur,’ she said.

One woman said: ‘This happened to my car, came back from holidays and found it like that, it ended up being a write off.’

Ms Davis said the car has now been thoroughly cleaned, but there was still a lingering smell.

‘I feel like some strong mould killer is required to finish off the job,’ she added. ‘Either that, or it’s definitely time for a replacement.’

Supercheap Auto’s website warns mould can be a health hazard.

‘If you find mould growing in your vehicle then it is a sign that there is an excess of moisture build up – most often due to a leaky seal around a door or window,’ it says.

‘Not only is mould smelly and unsightly, but it can also be very dangerous. Mould spores can cause severe respiratory issues, especially in children, the elderly and people who suffer from asthma and other existing conditions.

‘For these people, mould can cause nasal stuffiness, throat irritation, coughing or wheezing, eye irritation, or, in some cases, skin irritation.’