The Australian Electoral Commission has launched an investigation after dozens of ballot papers were found near a bin inside a hotel room.

They say half of the ballot papers found near a bin in a hotel room were fake and the other half deliberately not cast by voters.

Thirteen ballot papers were found in an envelope in a hotel room in Port Macquarie, on the NSW north coast.

Twelve of the papers were for the seat of Paterson, on the Central Coast, and one was for Banks, in Sydney’s south.

Photocopies of more papers were also found inside the envelope. 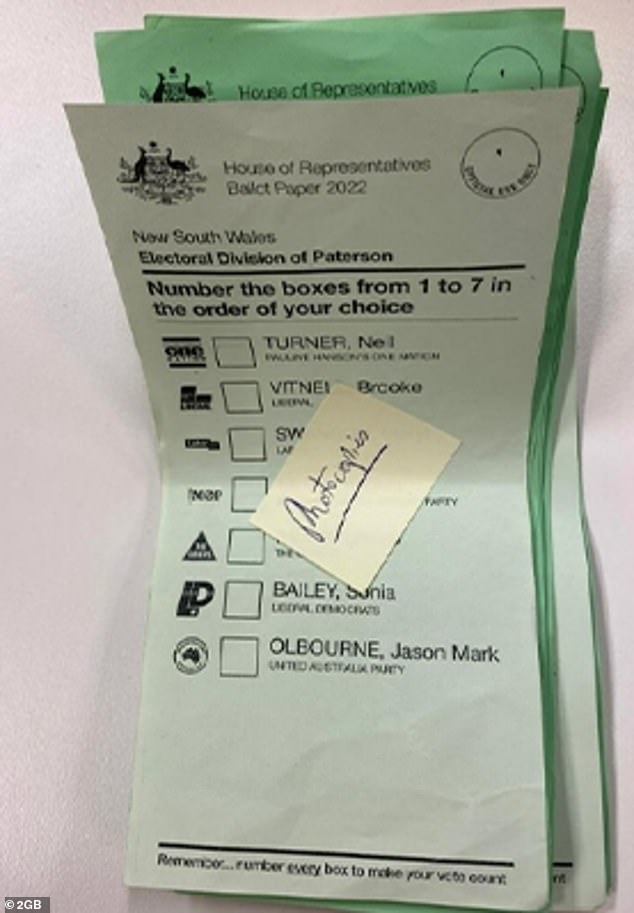 Half of the ballot papers found near a bin in a hotel room were fake and the other half deliberately not cast by voters, the Australian Electoral Commission has claimed

The papers were handed into 2GB by a listener raising concerns they could have been accidentally misplaced or withheld from the federal election on May 21.

The papers were collected by the AEC for investigation with a spokesperson telling Daily Mail Australia half of them appeared to be fake.

‘They appear to be photocopies done on the wrong shade of green ballot paper and without a number of the AEC’s security markers in place,’ a spokesperson said.

‘This was likely done to draw unhelpful forms of media questioning that will give people incorrect perceptions.’

The other half were legitimate papers that voters deliberately chose not to place in the ballot boxes.

‘It appears likely that a very small group of people attempting to seed conspiracy through the mainstream media have chosen to walk out with their ballot in order to send an image on to a media outlet, like they have done with 2GB, in the hope that it would be reported before being verified,’ the spokesperson said. 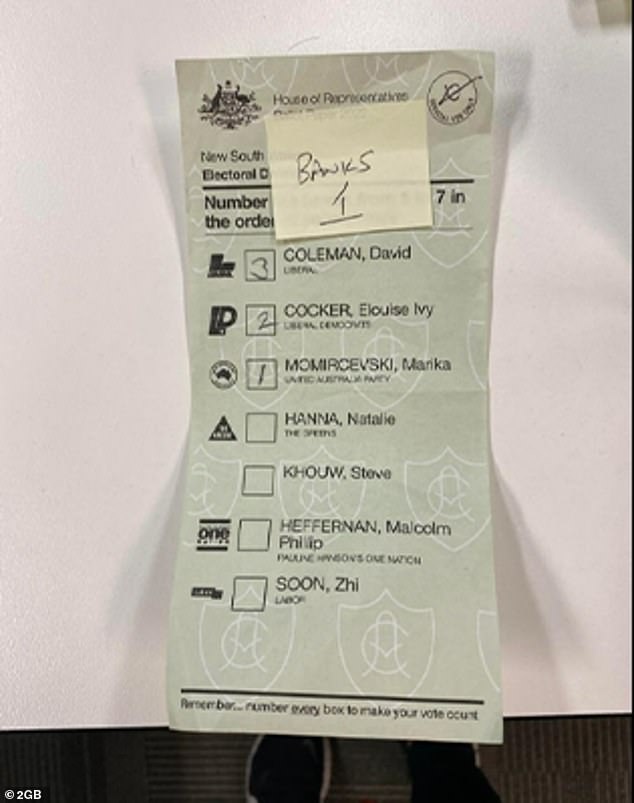 ‘Every election, for whatever reason there are voters who get issued ballots and choose not to cast them.’

The spokesperson said the AEC had strict protocols in place to ensure each ballot was properly counted during elections.

‘Any ballot paper that goes into an AEC ballot box then gets protected by a chain of custody that starts with barcoded/tracked cable ties and ballot box guards through to security-protected AEC counting centres with supervision and scrutineers in place throughout the counting process,’ the spokesperson said.