Top bankers in bonus bonanza: Payouts to soar as high-flyers cash in on takeover frenzy

Bankers are set for a New Year bonus bonanza after raking in record fees over the last year.

Financiers who worked on lucrative mergers and acquisitions (M&A), including big names at the likes of Goldman Sachs, JP Morgan and Barclays, are in line for huge sums of money following the deal-making boom.

In the UK alone, M&A advisers pocketed £2.7billion, according to data from Refinitiv, the most since records began at the turn of the millennium. It is thought that the surge in income could pump up investment banks’ total bonus pools by as much as 20 per cent. 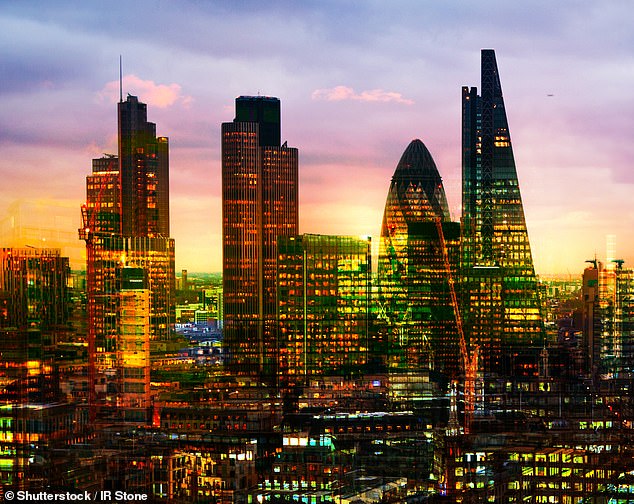 City slickers: Financiers who worked on lucrative mergers and acquisitions are in line for huge sums of money following the deal-making boom

And the rewards offered to M&A departments may climb by 50 per cent, experts have predicted, with the top staff set to pocket tens of millions of pounds. In a sign of windfalls to come:

Among those cashing in will be some of the best-known bankers in London. Goldman Sachs’ Mark Sorrell, son of the advertising tycoon Sir Martin, worked on deals such as the Advent International-backed takeover of Ultra Electronics by Cobham.

Robey Warshaw, the London bank which has hired former Chancellor George Osborne, advised the London Stock Exchange on its blockbuster merger with Refinitiv. Its top bankers on the deal, Philip Apostolides and Sir Simon Robey, will be expecting to receive a handsome pay package.

Bonus discussions typically begin towards the end of the year as staff try to convince bosses why they deserve a bumper payout. Excitement levels have reached fever pitch after more than 4,500 buyouts of UK firms in 2021, the most on record.

A total of 773 British companies, worth £62billion, were snapped up by private equity barons last year. The number of firms floating on the stock market also surged, with more than 100 companies going public.

All the listings will have generated work for bankers, as will the fundraising deals for businesses which needed more cash to get through the pandemic.

Banker bonuses have tended to be more muted since the heady days leading up to the financial crisis.

After the 2008 crash, the EU brought in a rule limiting most banker bonuses to no more than 100 per cent of their salary.

But this only applies to the major banks, not the smaller boutiques such as Robey Warshaw, Moelis and Evercore.

Douglas McWilliams, deputy chairman of the Centre for Economics and Business Research, said: ‘My impression is that the banks themselves pay much lower bonuses these days.

‘But quite a few of the deals have involved private equity. And they pay quite large bonuses.’

He said there may be ‘a few blockbuster individual bonuses’.

She added: ‘We anticipate that increases this year of 20 per cent or potentially more in some cases will not be unusual.’