Myrie, 57, is said to have hurt his head when the vehicle is thought to have overturned while in the war torn country.

A BBC cameraman and seasoned warzone journalist was also seriously injured in the crash and is still in hospital.

He had been in the country since the war began in February and was hurt in an armoured vehicle crash while out filming a documentary with Myrie.

The Times understands the collision did not happen as the result of military action and there has been no condition update on the man who the newspaper is not naming. 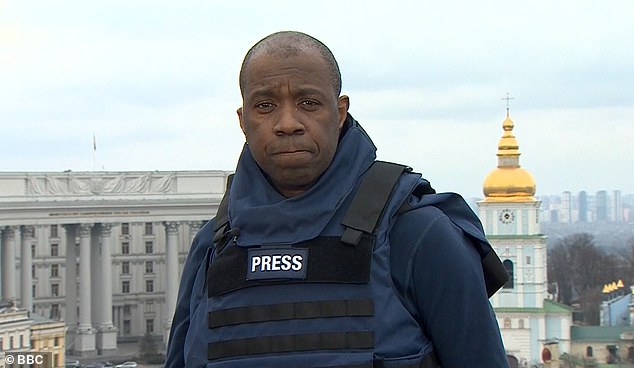 Clive Myrie, BBC presenter, wearing a Press vest on the BBC earlier this year as he went to Ukraine

The 57-year-old, who was banned by Russia from the entering the country in June, has not said anything publicly so far about the accident.

The BBC broadcaster took shelter underground after the building he was reporting from in Ukraine was shaken by nearby missile fire back in February.

The BBC said: ‘A BBC team in Ukraine was involved in a road traffic accident in early June. There is currently no evidence that this was in any way connected to military action.

‘One member of the team remains in hospital and the BBC is providing support to them and their family.’

A journalist died in April after a Russian missile destroyed her flat during the UN chief’s visit to Kyiv.

The body of producer Vira Hyrych, who worked for US-funded Radio Liberty, was recovered from the rubble. 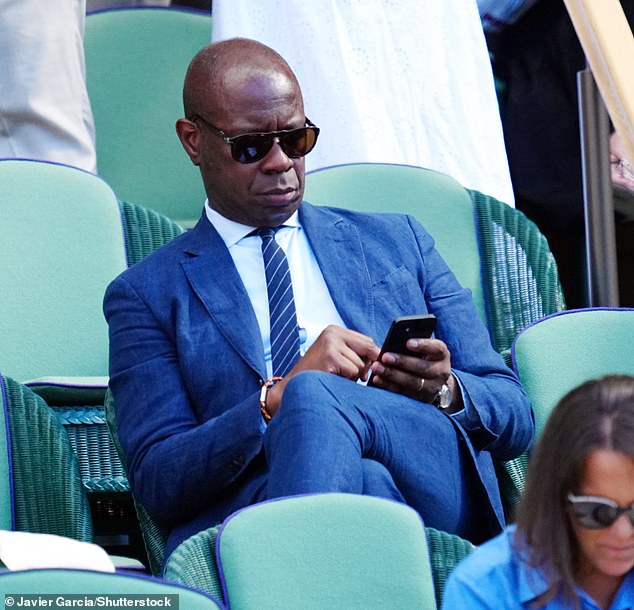 Ukrainian officials said the mother of one, 54, was getting ready for bed when the ballistic missile hit the building , shortly after UN secretary general Antonio Guterres labelled Russia’s invasion ‘evil and absurd’ in a nearby press conference with President Volodymyr Zelensky.

Fox News cameraman Pierre Zakrzewski, 55, an Irish citizen based in London, and Ukrainian journalist Oleksandra ‘Sasha’ Kuvshynova, 24, were covering Russian’s invasion of Ukraine when their vehicle was hit in Horenka, outside of Kyiv, back in March.

Zakrzewski and Kuvshynova were traveling in the same vehicle as 39-year-old British journalist Benjamin Hall, who also works for Fox News, and was injured in the attack.

‘It is with great sadness and a heavy heart that we share the news this morning regarding our beloved cameraman Pierre Zakrzewski,’ Fox News Media CEO Suzanne Scott wrote in an email to staff. 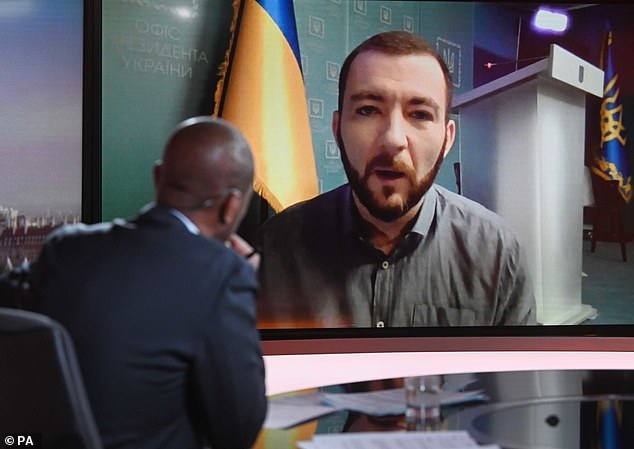 Sergey Nikiforov, spokesman for President Zelensky of Ukraine being interviewed by host Clive Myrie via video link in April

‘Pierre was killed in Horenka, outside of Kyiv, Ukraine. Pierre was with Benjamin Hall yesterday newsgathering when their vehicle was struck by incoming fire.’

Kuvshynova’s death was confirmed by the Ukrainian Ministry of Defense.

Stuart Ramsay, a Sky News journalist, announced he was shot in an ambush by a Russian hit squad.

Ramsay, recalling the terrifying attack for Sky News, detailed the moment the eerie quiet was pierced by the sound of a small explosion that rocked the car.

‘Bullets cascaded through the whole of the car, tracers, bullet flashes, windscreen glass, plastic seats, the steering wheel, and dashboard had disintegrated,’ he wrote.

‘I do recall wondering if my death was going to be painful. And then I was hit in the lower back. “I’ve been hit”, I shouted. But what amazed me was that it didn’t hurt that bad. It was more like being punched, really.’