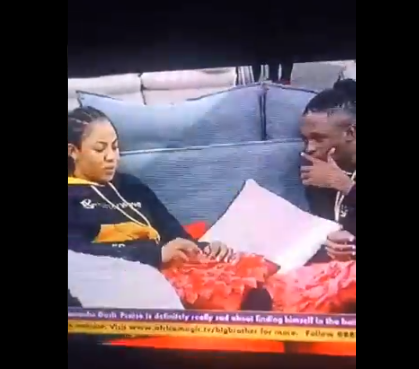 BBNaija 2020: Laycon asks Erica if she is attracted to him, see her response (video)

Since the start of the show, there has been a close bond between Ngozi “Erica” Nlewedim and Olamilekan “Laycon” Agbeleshe.

Laycon and Erica have had meaningful conversations and bonded well with viewers stating that they are suitable for each other.

Some housemates have told Laycon to approach Erica to ask how she feels about him and he has done so.

Laycon in a conversation asked Erica how she feels about him and she expressed that she is physically attracted to billionaire playboy Terseer Kiddwaya.

The conversation between and Laycon below 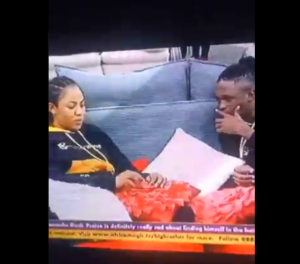 Laycon: Are you attracted to me?

I like talking to you but all other attraction stuff it’s Kidd.

Laycon about Kidd: You said it’s just jokes, but something changed.

Erica to Laycon on Kidd: It just happened and i don’t want to over think it, i just want to go with it.

Erica then asked Laycon if things will not be awkward if Laycon sees her with Kiddwaya now that he has expressed how he feels.

Laycon: Are you attracted to me?

Laycon should just focus on his goal and leave Erica

Watch the video to see what they said: