Tony Siragusa, a longtime NFL player and fan favorite, has died at age 55.

Siragusa’s broadcast agent, Jim Ornstein, confirmed his death to The Associated Press on Wednesday. The cause of death has not been made public, but Siragusa reportedly died in his sleep on Monday.

‘This is a really sad day,’ Ornstein said. ‘Tony was way more than my client, he was family. My heart goes out to Tony’s loved ones.’

The massive 6-foot-4, 360-pound defensive tackle and New Jersey native was a beloved member of a Baltimore Ravens team that beat the New York Giants in Super Bowl XXXV at the end of the 2000 NFL season.

He went on to act in several episodes of HBO’s Sopranos and became a sideline reporter for Fox’s NFL broadcasts. 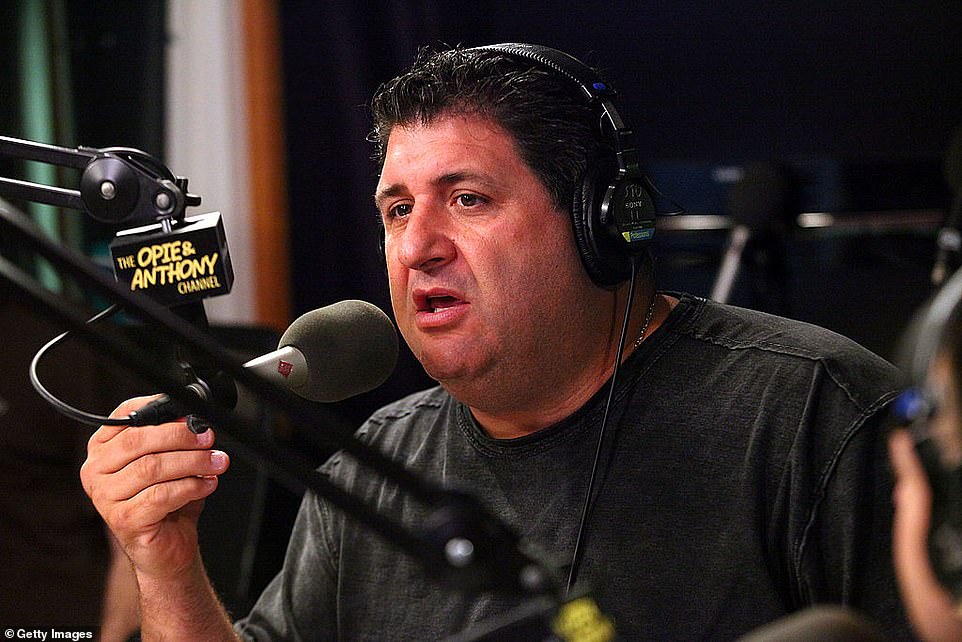 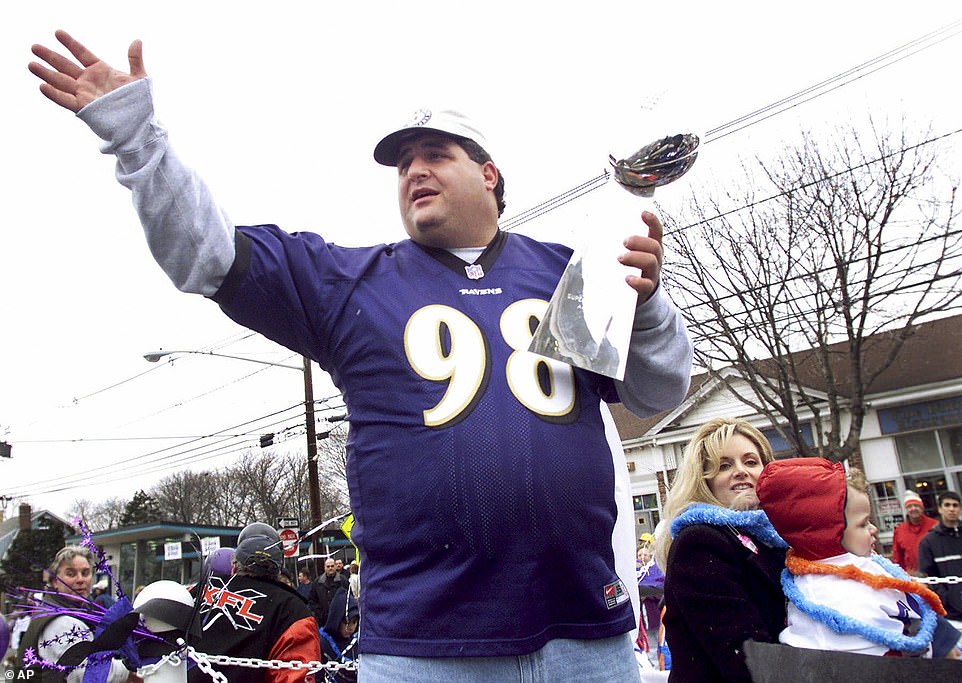 Tony Siragusa, defensive tackle for the Super Bowl-champion Baltimore Ravens, holds the Vince Lombardi trophy as he rides with his wife, Kathy, in a parade in his hometown of Kenilworth, New Jersey on March 4, 2001 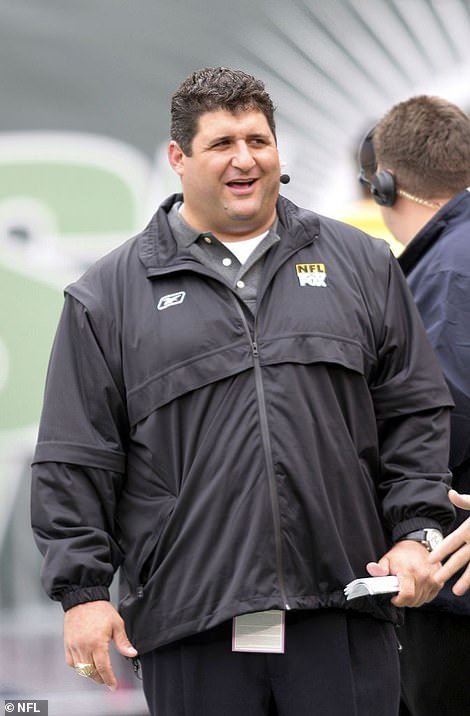 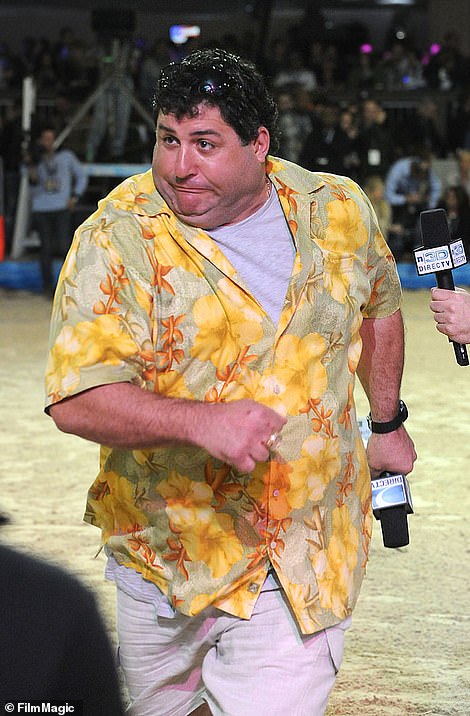 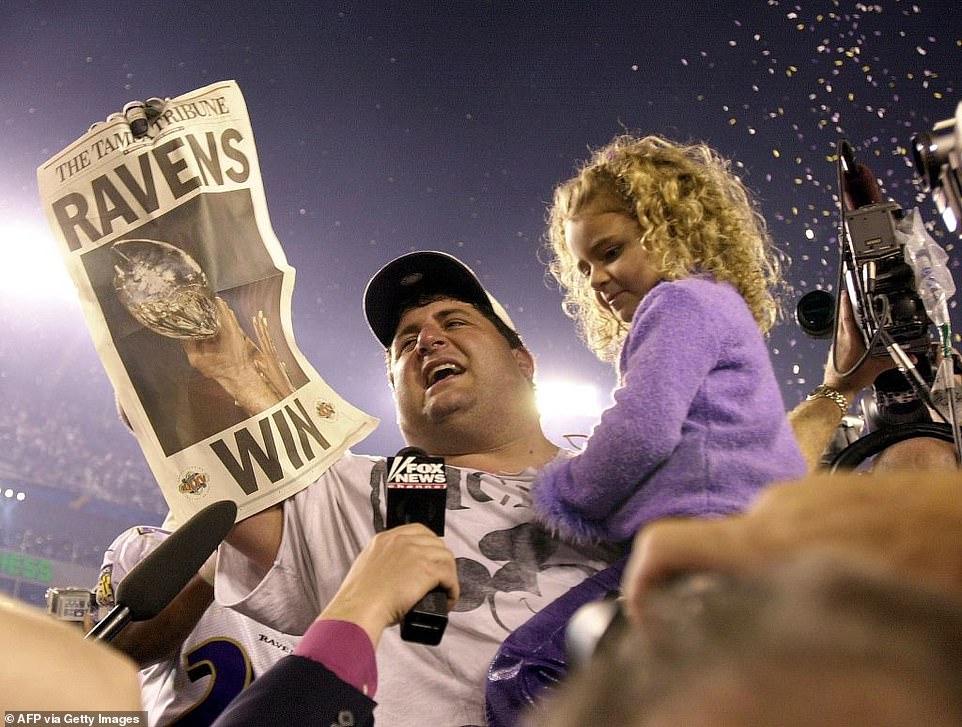 ‘He was the leader, he was our captain,’ Siragusa’s former Ravens teammate Brad Jackson told NFL reporter Aaron Wilson. ‘He meant everything to everyone. It’s a sad day. I just talked to him on Sunday. It’s terrible.’

Siragusa’s death marked an already tragic day for the Ravens, who lost 26-year-old linebacker Jaylon Ferguson on Tuesday. Baltimore police have yet to reveal a cause, but said Wednesday they found him at a local residence at 11:26pm on Tuesday while responding to a report of a ‘questionable death.’

Police are not ruling out the possibility of an overdose death in Ferguson’s case.

Owner Steve Bisciotti called it a ‘tremendously sad day for the Baltimore Ravens’ and said the club appreciates ‘everyone who has expressed an outpouring of support for our players, coaches and staff.’

As for Siragusa, the gregarious former University of Pittsburgh star told Howard Stern in 2012 that heart disease runs in his family, adding that his father died of a heart attack at 48.

‘If I die tomorrow, I told my wife, just put a smile on my face,’ Siragusa told Stern. ‘Put a little [Frank] Sinatra on.’

Siragusa’s former teammate Jamal Lewis told TMZ that it is ‘a sad day to be a Raven.’

Undrafted out of college, Siragusa caught on with the Indianapolis Colts in 1990 and quickly gained a reputation for eating up blockers to allow other defenders to attack ball carriers.

The man known as ‘Goose’ later signed with the Ravens in 1997, joining what would become one of the most feared defenses in NFL history.

Siragusa is survived by his wife Kathy and three children, Samantha, Ava, and Anthony Jr. 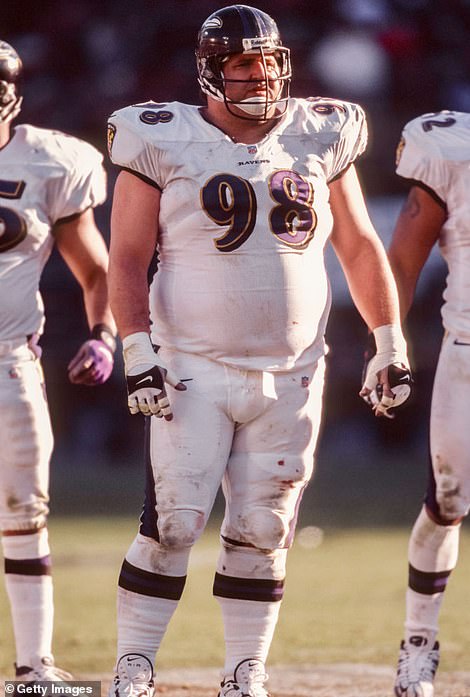 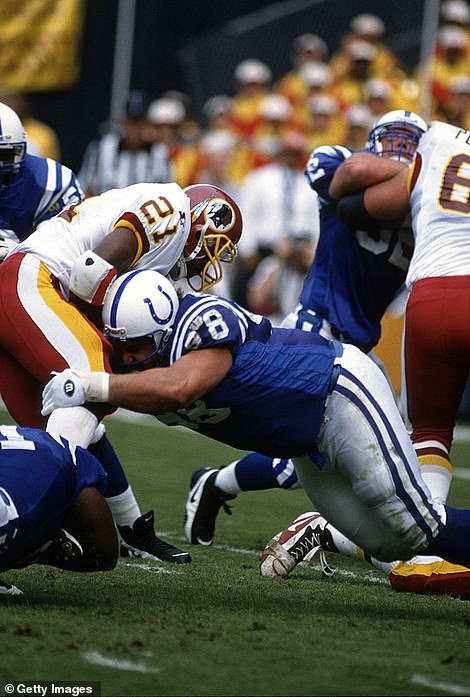 Undrafted out of college, Siragusa caught on with the Indianapolis Colts in 1990 and quickly gained a reputation for eating up blockers to allow other defenders to attack ball carriers. The man known as ‘Goose’ later signed with the Ravens in 1997, joining what would become one of the most feared defenses in NFL history

Siragusa was popular with fans because of his fun-loving personality, which also helped him transition quickly to broadcasting after his playing career.

‘There was no one like Goose – a warrior on the field and a team unifier with a giving, generous heart who helped teammates and the community more than most people know,’ said Brian Billick, the coach of that Super Bowl-winning team. ‘We would not have won the Super Bowl without him. This is such stunning, sad news.’

‘I love Goose like a brother. From the first day we met, I knew that life was different. I knew he was someone who would change my life forever,’ his former teammate Ray Lewis said. ‘He was a one-of-a-kind person who made you feel important and special. You can never replace a man like that.’