BREAKING NEWS – Biden’s communications director Kate Bedingfield to STEP DOWN: Trusted aide since his time as VP to leave the White House this summer – before the midterms and with the party in turmoil

White House communications director Kate Bedingfield will leave the Biden administration at the end of this summer, it was reported on Wednesday.

Bedingfield’s departure, reported by the Wall Street Journal, is the latest in a series of high-profile staffers who resigned their roles in recent months.

She told Politico her departure could be in a matter of weeks.

It comes at a critical time for President Joe Biden and the Democrats as November’s midterm elections loom.

Multiple polls have suggested Republicans are set to win the majority of seats in the House of Representatives, and mounting reports indicate that the president’s allies are frustrated with his own low approval numbers further dragging the party down.

Bedingfield has a long-established working relationship with Biden, dating back to his time as Barack Obama’s vice president.

She was also one of the president’s senior advisers behind his successful 2020 campaign.

Biden’s Chief of Staff Ron Klain said without Bedingfield’s ‘talent and tenacity, Donald Trump might still be in the White House’ in a statement to the Journal.

‘She played a huge role in everything the President has achieved—from his second term as Vice President, through the campaign and since coming to the White House,’ Klain told the outlet.

This story is breaking and will be updated… 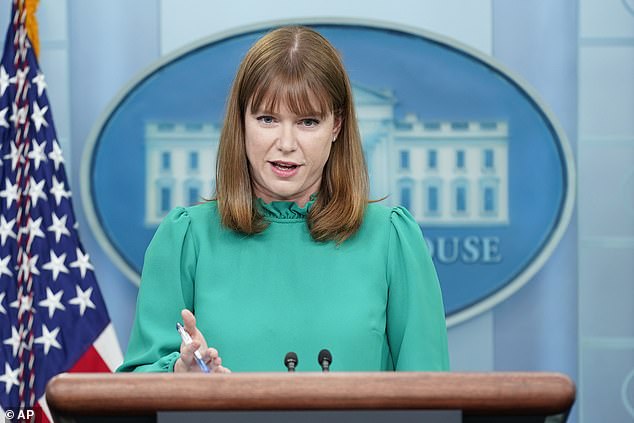 White House communications director Kate Bedingfield has begun telling her colleagues that she’s leaving the administration, according to Politico