A man identified as Godwin in a viral video online said he and other 40 pastors were sacked by Living Faith Church (Winners Chapel) for failing to meet their respective financial targets.

In the video, Mr. Godwin claimed that he was invited to the state headquarters of the church where he met with his other colleagues before they were handed sack letters on the 1st of July, 2021.

According to his testimony;

“So after that, I started working, engaging myself in the work of the Lord. I tried my possible best to make sure I win souls for Christ but unfortunately, on the 1st of July, I received a call that the state pastor wants to see me, so I thought I was the only one. I was surprised, so I went to his office.”

“When I got there, I saw other pastors too, over 40 of them, so I joined them. A few minutes later, we were issued a letter. I opened the content of the letter to see what was there and I saw that it was a sack letter.” 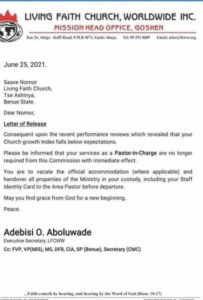 “Consequent upon the recent performance review which revealed that your church growth index falls below expectation. Please be informed that your service as the pastor in charge is no longer required in this commission with immediate effect. You are to vacate your official accommodation and hand over all properties including the official ID card to the area pastor before departure.”

So I called the management the next day to know what happened since I wasn’t involved in any dubious activity or evil act. I was told by the management was that the church doesn’t operate at a loss, they also told me the total income that is being generated from my station should be able to cater for my welfare and accommodation, so as a result of low income, I’m hereby dismissed.”

Wait pastor Oyedepo can sack pastors????😭😭😭
Like waittttt.. pastors can be sacked ????
I thought they were appointed by God🧐🧐 pic.twitter.com/1BUibLnntO 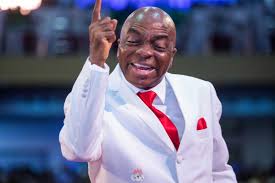 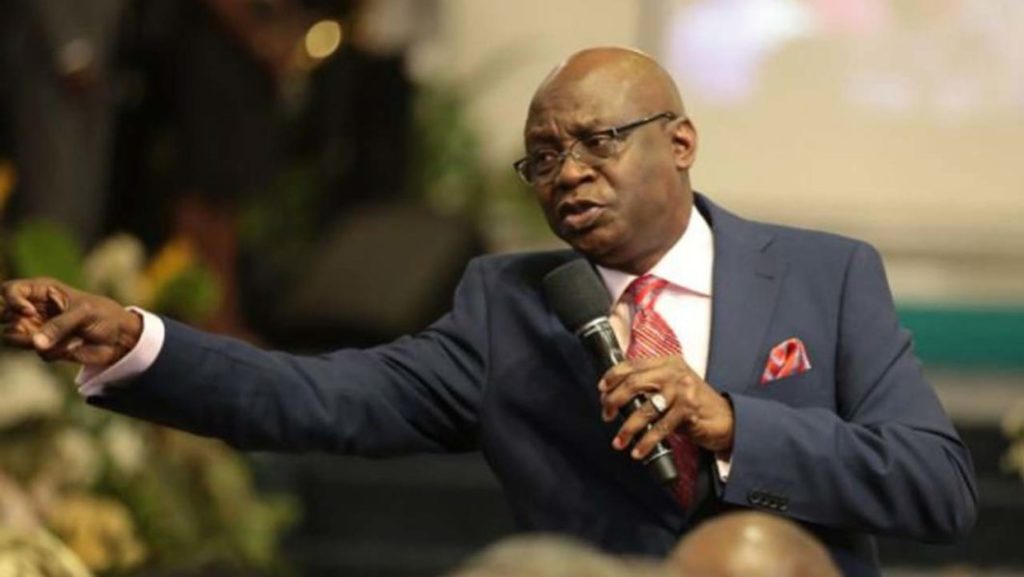 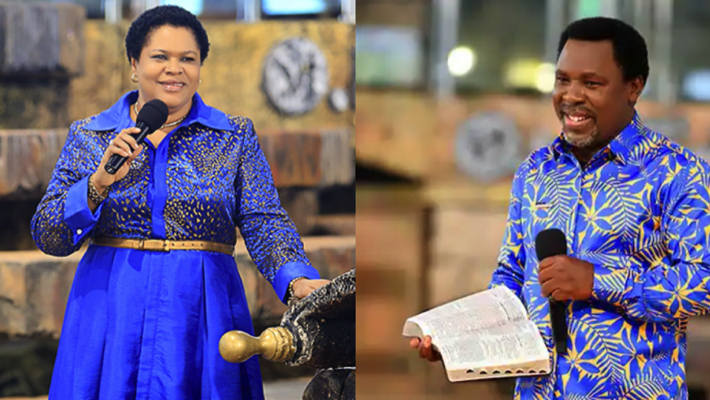 Advertisement The elders of the Synagogue Church of All Nations have declared Mrs. Evelyn Joshua, the wife of the late General Overseer as the new…