A 13-year-old boy has died after getting into difficulty in a river near Ovingham, Northumberland, as police confirm a 37-year-old man died after struggling in the water at Brighton beach.

There have now been at least seven water-related deaths since the heatwave began, as Brits try to cool off in the sweltering temperatures.

On Sunday afternoon, a body was found in the River Tyne following an extensive search, hours after a man died on Saturday in a separate incident after being pulled from the sea near Brighton pier.

Detective chief inspector Martin Brooks, of Northumbria Police, said: ‘This is an absolutely tragic update that we sincerely hoped we would never have to give.

‘Sadly, after extensive searches carried out in the river yesterday afternoon and evening, a body has been found and we believe it to be the male who was reported missing.’

With temperatures set to hit 43C tomorrow and the country already on track for the warmest day in the UK ever today, plenty people have been taking dips in open water.

However police have issued warnings to the public, urging caution and asking people to stay out of the water despite the heat. 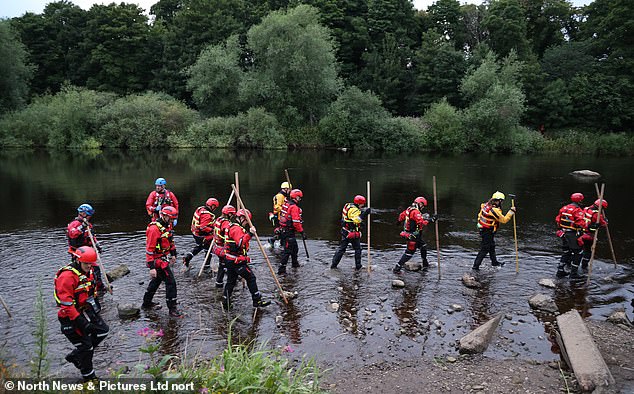 A body of a 13-year-old boy has been found following a large-scale search in the River Tyne near Ovingham, Northumberland (Pictured: search underway yesterday) 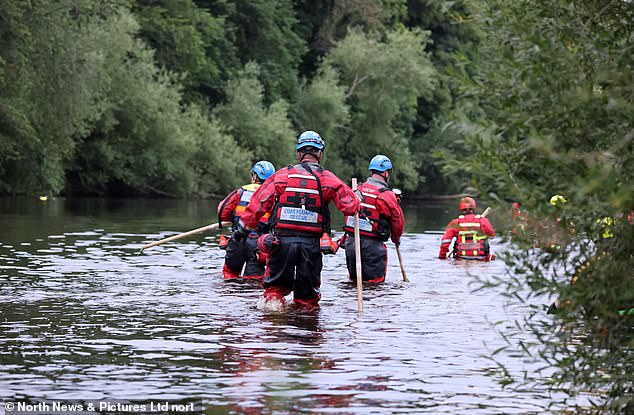 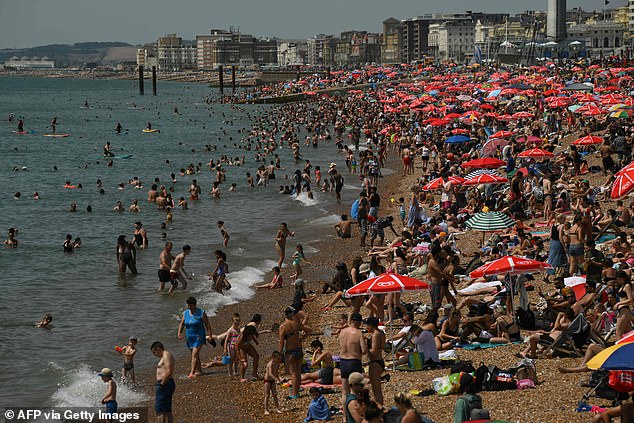 A 37-year-old man also died after getting into difficulties while swimming in the sea at Brighton. Since the heatwave began, at least seven people have sadly drowned

A 37-year-old man died after being pulled out of the sea at Brighton beach on Saturday evening.

Emergency services rushed to the medical incident on Brighton beach, near Grand Junction Road, at about 7.10pm on July 16.

Police confirmed that the man was taken to hospital but later sadly died, his next of kin have been informed.

‘There are no suspicious circumstances, and a report will be prepared for HM Coroner,’ a police spokesman said.

Speaking to The Argus, a witness at the scene said a man was pulled from the water before that area of the beach was cleared.

‘I have small children so didn’t really get close, but the police came and cleared the beach,’ she said,

‘We saw him being dragged out of the water and CPR being administered. The ambulance staff and police were there within two or three minutes.’

On Sunday afternoon a 50-year-old man died at Ardsley Reservoir, West Yorkshire, it was reported, after he got into difficulty while swimming.

Det Insp Phil Hughes of Leeds CID said: ‘This incident serves as a timely reminder about the dangers of swimming in open water.

‘The weather is due to get hotter this week, I would urge people to not enter or swim in reservoirs or open waters.’ 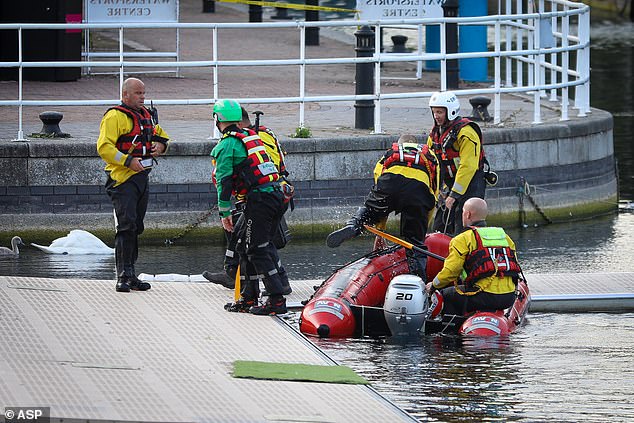 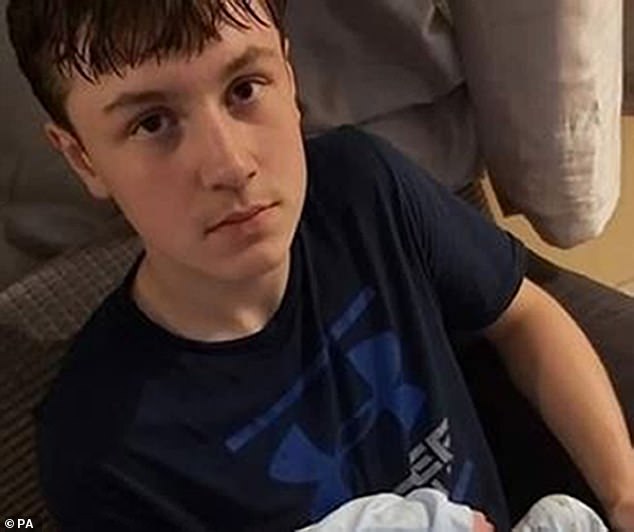 Jamie Lewin, 16, drowned in a quarry at Dawber Delph, Appley Bridge, near Wigan on Saturday 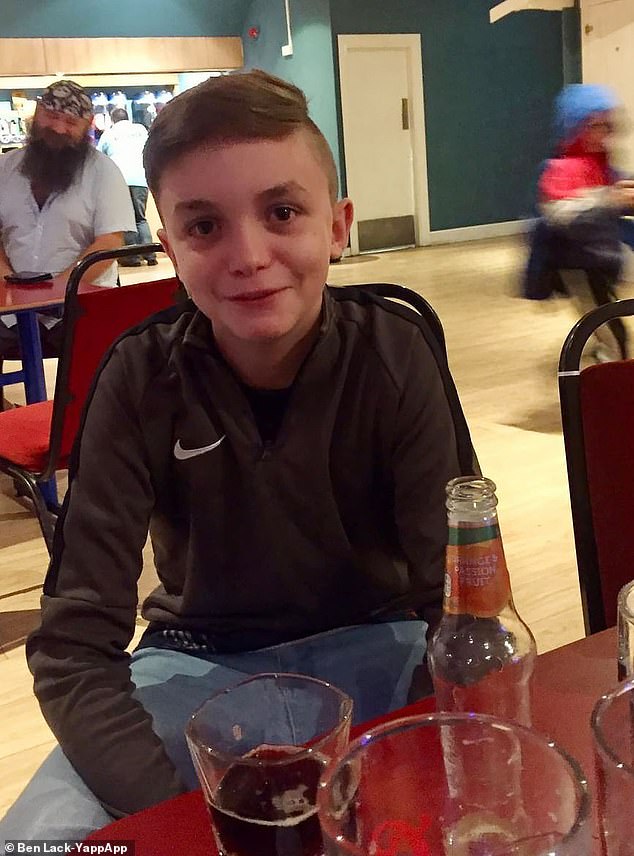 Alfie McCraw, 16, from Wakefield died after jumping into a West Yorkshire canal with friends 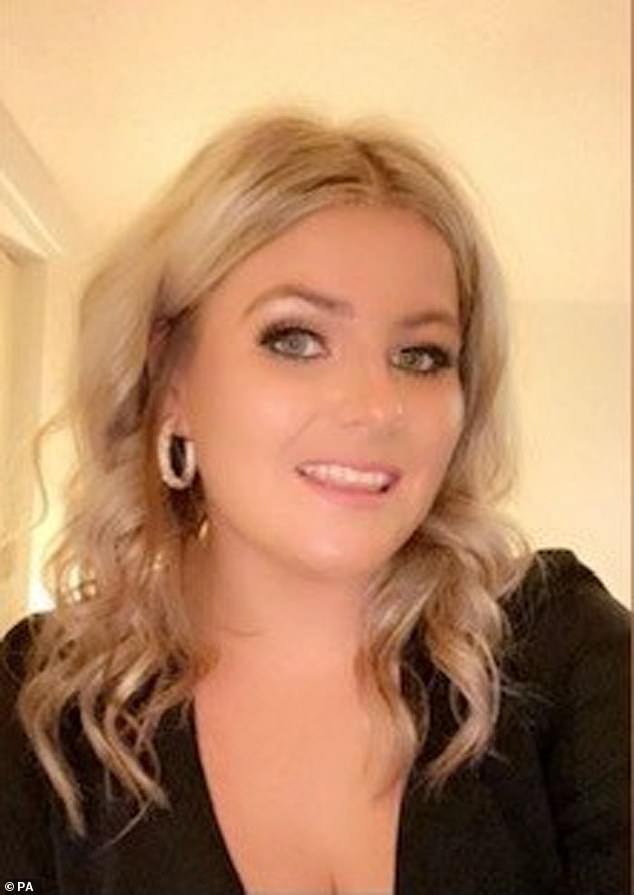 On Saturday a 16-year-old boy drowned in Salford Quays on Saturday, causing Greater Manchester Police to issue a fresh warning.

Det Insp Joanne Johnston, said: ‘We remind the public to avoid being tempted to cool off in reservoirs, rivers, canals or ponds.

‘We all want to enjoy the warm weather; please make sure you do so in a safe way. Think of your family – look out for your friends.’

After getting into difficulties while swimming in a quarry at Appley Bridge, Lancashire, on July 9, Jamie Lewin, 16, died.

The promising boxer who ‘loved life’ and was ‘was one in a million’ was the third teenager in just seven years to lose his life at the quarry.

The owners of a quarry have pleaded with the public to stay away, while revealing plans to reduce the depth of the water.

Just two days later Alfie McCraw, also 16, from Wakefield, who had only recently finished his GCSEs, died after swimming in a West Yorkshire canal.

‘He was just 16 years old and had his whole life ahead of him which was cut short due to a tragic accident,’ said cousin Zoe.

The ‘beautiful and happy go lucky’ woman got into difficulties at the beauty spot at Conwy Morfa with her two friends.

All three were rescued from the water following a major rescue operation, but tragically Emma, from Llandudno, could not be saved.