Boy, 16, harassed woman for four years from age of 12 as he sent undertakers to her house to ‘collect her body’ and ordered unwanted taxis and takeaways as he called her 130 times a day

A teenage boy harassed a woman for four years, from when he was just 12, sending undertakers to her house to ‘collect her body’ and ordering unwanted taxis and takeaways as he called her 130 times a day.

The 16-year-old, who cannot be named for legal reasons, began turning up unannounced at the victim’s home in Shepperton, Surrey, in December 2018.

Guildford Youth Court heard that, during the calls, he would threaten to throw acid in the woman’s face and hurt her family members.

Over time, his stalking worsened further and he would bombard the victim, who was known to him, with unwanted taxis and food deliveries.

On two occasions, he also sent undertakers to her home to collect the bodies of her and her family members and would turn up to her door unannounced.

The teenager, also from Shepperton, was sentenced to a 12-month Youth Referral Order and handed a two-year Stalking Protection Order – preventing him from contacting the woman and her family. 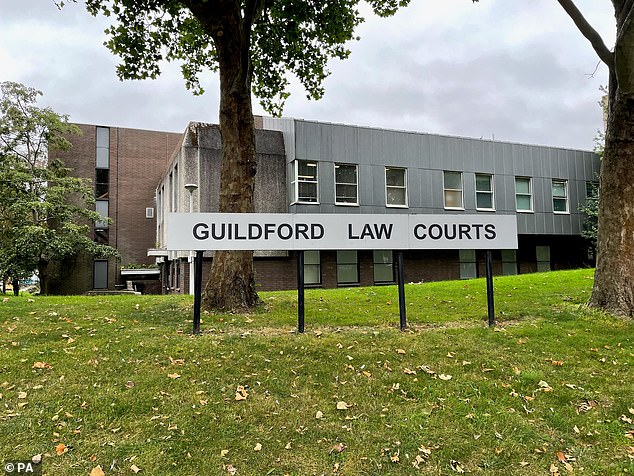 Following the sentencing on June 1, PC Daniel Bell said: ‘I would like to recognise the bravery of the victim and her family during what has been an extremely tough and distressing time for them all.

‘No one should ever have to live their life in fear or constantly watch over their shoulder like this victim did.

‘If you, or someone you know has been the victim of stalking, please contact us. We have specialist teams and prevention powers to safeguard you and hold the perpetrator to account.’

Stalking Protection Orders are a civil order which give officers the power to sanction and monitor perpetrators online and offline – protecting victims early on in stalking investigations.

In some cases, the perpetrator is required to attend programmes aimed at addressing obsessive behaviour.