British Airways jet catches fire after flying from London to Copenhagen: All on board are evacuated as plane is hosed down

A passenger jet was evacuated at Copenhagen airport Wednesday after a fire broke out in one of the engines, Danish police said.

Dramatic pictures captured firefighters hosing down the plane as everyone got off the Airbus A320-232 without injury, police said on Twitter.

‘A fire erupted in an engine of a passenger jet that was stopped at the gate. Fire is out. Passengers evacuated. No one injured,’ police tweeted. 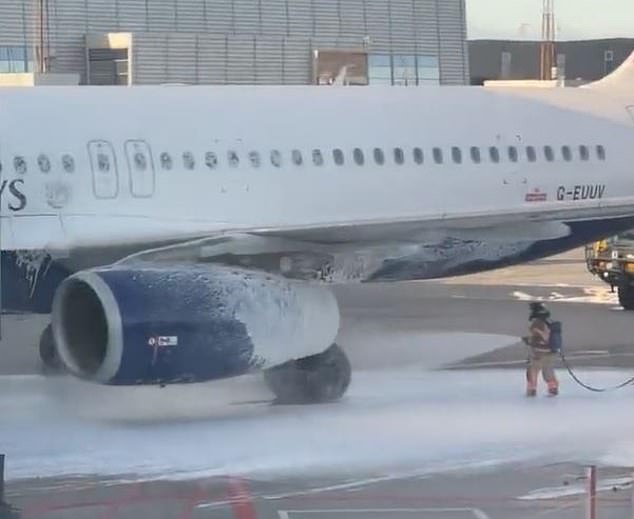 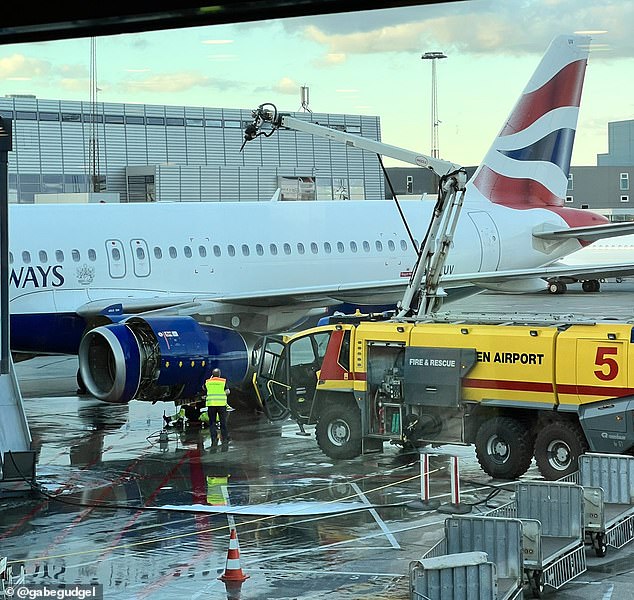