A heartbroken daughter has relived the horrific moment she found her terminally ill father dead from a gunshot to the head after he ordered his son to kill him.

Cancer-riddled Colin Stratton, 80, pleaded for a ‘suicide pill’ from his doctor to put him out of his misery but turned to his son Glenn, 53, when they refused.

The grandfather initially tried to shoot himself with a rifle but couldn’t reach the trigger and begged Glenn to do it for him.

The elderly man put the barrel to his own forehead while his son was eventually persuaded to fire the lethal shot. 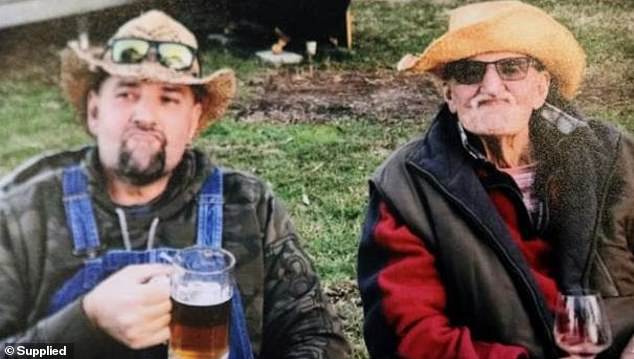 ‘I walked in and I found Glenn sitting on a milk crate with his head in his hands,’ she told The Australian. She said Glenn told her: ‘He’s over there, he’s already done it.’

‘Dad was sitting in his favourite chair with his fluoro orange beanie on and he looked at peace,’ she added.

‘His head was just leaning ­forward, he looked so calm. I just hugged him and he was still warm and he still smelt like Dad. I then hugged Glenn and the police came.’

The divorced father-of-five was arrested that same day, spending 46 days in jail. He is now suffering from severe PTSD.

His family have described Glenn as a ‘hero’ – and say the system ‘let all of us down’. 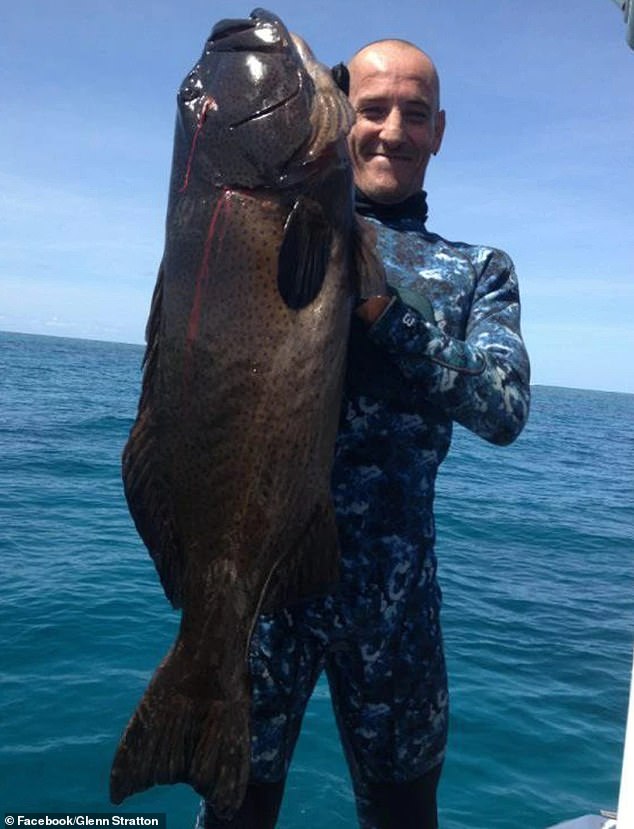 Glenn Stratton, 53, agreed to shoot dead his cancer-suffering father Colin, 80, at his property in May last year in Castlemaine, Victoria after doctors refused to euthanise him

‘He will never be the same, we’re lucky he is still here,’ said Donna. ‘He is the victim in all this.’

Brother Searle added: ‘The system let all of us down. Glenn is my hero. We never want any other family to go through a day like that.’

Colin and his late wife, Sue, had spoken with doctors on multiple occasions about Victoria’s voluntary assisted dying program.

Under the scheme, terminally-ill Victorian adults in intolerable pain and with less than six months to live, or 12 months for neurodegenerative diseases, and who meet 68 safeguards can request their doctor’s help in dying.

The Government anticipates that up to 150 people a year will use the scheme.

However, Colin was deemed ineligible despite suffering from chronic cancer.

On May 24 last year, Colin woke up at his home in Castlemaine, northwest of Melbourne and decided that this would be the last day of his 80 years of life. ‘

‘He always said that if he got really sick he wanted to choose his time to die. We would have family meetings where we would talk about it. Both my parents joined the Dying with Dignity group,’ Donna said.

She died in 2015 of a brain haemorrhage – prompting son Glenn to return to their Queensland home to look after their grief-stricken father.

Glenn, a divorced father-of-five and carpenter, was living with his father in 2018 when Colin was diagnosed with an aggressive form of bowel cancer.

Colin survived surgery but in September 2019 they found out that the cancer had spread throughout his body and he was given a terminal diagnosis. 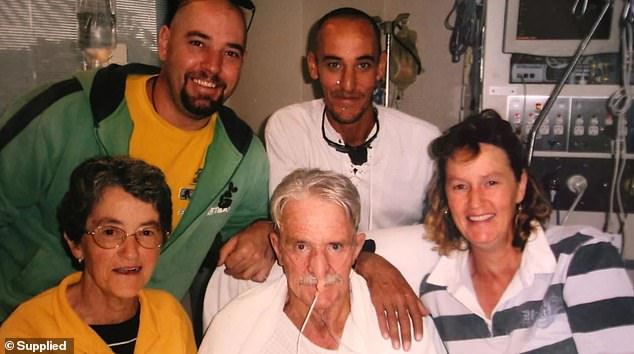 He was given a terminal diagnosis and told his children he wanted to choose when he died.

‘If I suffer from any serious medical event, let me die… I want the pill so that I can choose when.’ he wrote. ‘No palliative care.’

However, a $70,000 immunotherapy treatment temporarily stabilised his cancer, meaning his death was no longer ‘imminent’ and blocking him from Victoria’s Voluntary Assisted dying programme.

Colin still wanted his ‘suicide pill’ – but he and his children lost thousands of dollars trying to secure one and were unsuccessful.

Months before his death, the family say Colin’s quality of life continued to slip.

He suffered from osteoarthritis and Meniere’s disease, which affects balance and hearing, among many other conditions.

Colin also spent 10 days in hospital because of excess fluid in his legs caused by creeping heart failure.

However, his cancer still remained stable, meaning he couldn’t get the suicide pill he wanted.

‘Because of all of his treatments he lost his taste and he loved his cooking and his wine,’ says Donna. ‘Because of his bad knees he couldn’t garden ­anymore, which he also loved.

‘Basically, he was in constant pain and he could not do all those things that gave enjoyment to his life.’

A week before his death, he wrote that he felt it was the ‘right time’ for him to die.

On the day of his death, he told a doctor he was in constant pain and that his ‘body has given up’.

Colin asked her for the ‘suicide pill’ and said that if she wouldn’t help him get it that day he would go home and shoot himself in the head.

The doctor was unable to give him a pill immediately, with Donna and Glenn arriving to find their father increasingly agitated. 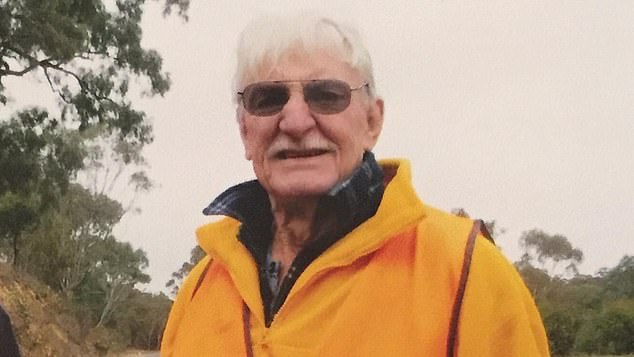 Colin was deemed ineligible for the assisted dying programme  despite suffering from chronic cancer.

Donna recounted the haunting scenes of how Colin then asked Glenn to help him end his life.

Colin instructed his son to fetch the gun and a bullet from the shed. When Glenn returned with the gun, which his father had bought him for his 14th birthday, he asked his dad to reconsider.

His dad refused and Glenn twice tried to pull the trigger but couldn’t. His father yelled ‘don’t make me make a bloody mess of it’.

Glenn finally pulled the trigger. Donna arrived shortly afterwards and explained how their father looked to be ‘at peace’.

‘We wanted to grieve as a family but instead we were turning up to court to support Glenn,’ she said later. ‘He was the victim in our eyes.’

Glenn eventually spent 46 days in jail before being released on bail on July 8. Two months later, the Office of Public Prosecutions agreed to downgrade the charge from murder to aiding and abetting a suicide, which carried a five-year sentence.

His siblings says their brother is ‘broken and traumatised’ and now suffers from severe PTSD.

On December 9, Supreme Court Justice ­Elizabeth Hollingworth put Glenn on a good behaviour bond for two years, which requires him to undergo mental health treatment for his PTSD.

The Judge added: ‘There would be no benefit to you or society in sending you to prison for this offence.’