Casey White is charged with felony murder in connection with death of prison guard Vicky White: Pair spent 11 days on lam after Alabama prison break before police chase that ended with a bullet in her head

By Emma James For Dailymail.Com

Alabama prisoner Casey White has been charged with the murder of corrections officer Vicky White after she helped him escape custody.

The 38-year-old ran away with the prison officer on April 29 and staged a well-planned escape from the law, swapping vehicles and using disguises as they traversed three states.

Indiana authorities have previously stated that Vicky, 56, died as a result of a self-inflicted gunshot wound to the head as police closed the net on the pair.

Casey White has been charged with her murder, but the indictment does not state that he shot her.

Court documents show Casey has been charged with first-degree escape ‘and in the course and furtherance of committing escape in the first degree, caused the death of Vicky White, who died from a gunshot wound to the head.’

He was arrested moments after his lover died, following the 11-day manhunt for the convicted felon and prison officer.

Initial reports stated that Vicky pulled the trigger as the car she and Casey were travelling  in crashed into a ditch in Indiana, having been run off the road by police. 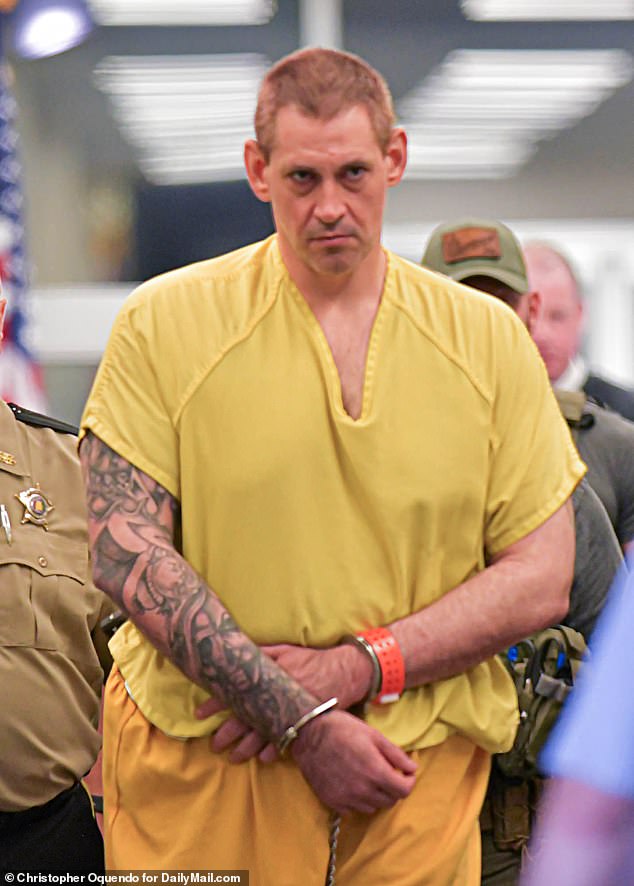 Casey White has been charged with the murder of Vicky White, who helped him plan his escape across the country 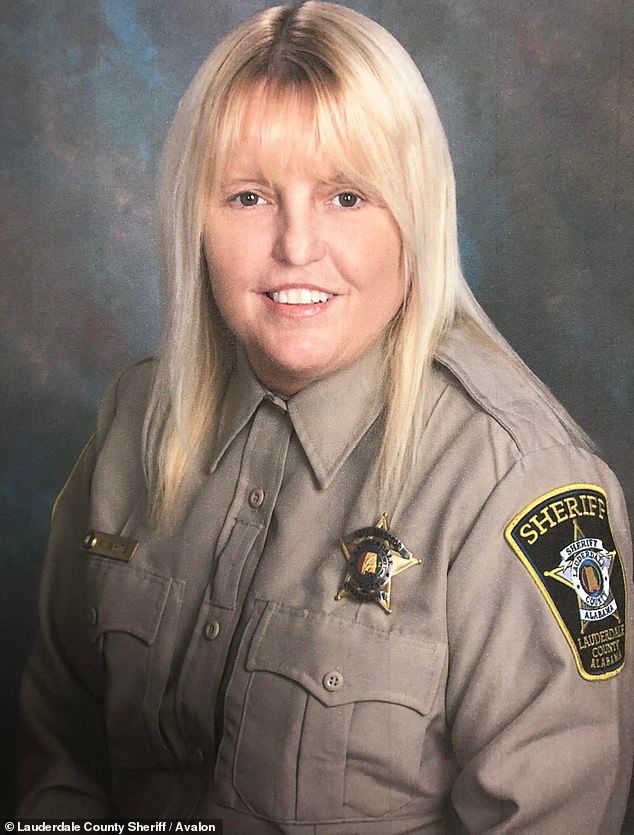 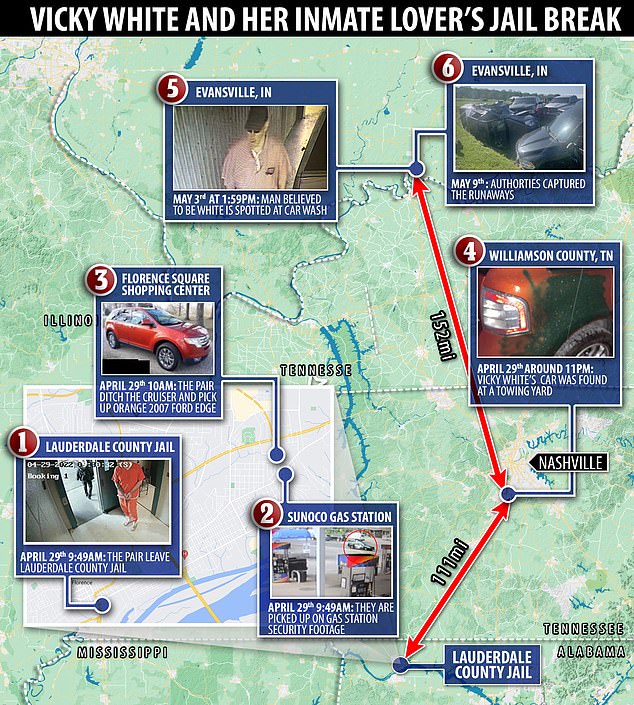 Vicky spoke to 911 dispatchers in the moments before her death, and could be heard saying ‘Airbags are going off. Let’s get out and run.’

Officers then arrived at the scene, stating that she was still breathing, but in audio released by Indiana authorities the dispatcher claims they could hear her say ‘she had her finger on the trigger.’

Casey had been awaiting trial at the Florence prions for reportedly stabbing Connie Ridgeway, 58, to death.

White has confessed the crime, claiming he was paid to commit the heinous act.

The trial remains scheduled for June with White’s attorney saying his client wanted the trial to go ahead then against his advice.