Two celebrity chefs have exposed what their trade is really like, as they call for more foreign workers to fill labour shortages because Australians don’t want to work in what they admit is the ‘worst industry’.

Manu Feildel and Colin Fassnidge say workers who were kicked out of the country at the start of the pandemic have not returned, and Australians who had left hospitality when lockdowns killed off business have found other jobs – leaving the industry in critical need of staff.

The famous chefs told 2GB host Ben Fordham how difficult it’s been to fill roles after international workers without permanent residency were sent home during the pandemic.

‘All our staff who weren’t permanent residents were working their a**** off and paying tax but the minute the pandemic hit they kicked them out of the country so we lost all our workers,’ Fassnidge said.

Feildel called for further pressure on the government to fast-track working visas.

‘Visas have always been an issue to get people to come and work here in the industry,’ he said.

‘The problem is not only that we’ve lost workers but half of them are not going to come back because they’ve got new jobs, and they don’t want to be in the industry anymore.’ 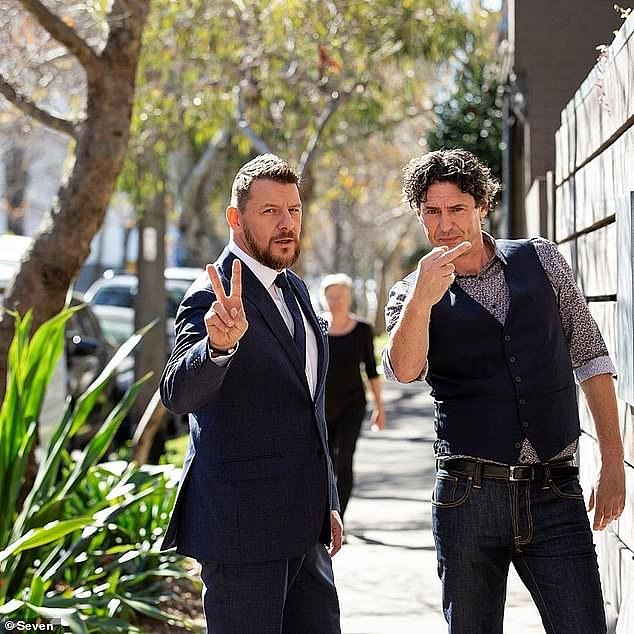 Fordham spoke of his recent trip to Hawaii where he was told by restaurant and hotel owners that workers there had left the hospitality industry in droves and were now working as builders.

Feildel said he met a man in Port Douglas who told him he had been a chef but was now working as a shoe salesman.

Fassnidge said lockdowns put him ‘on the ropes’ with his two restaurants after they were both left without staff.

‘It’s the worst industry to be in,’ he said. 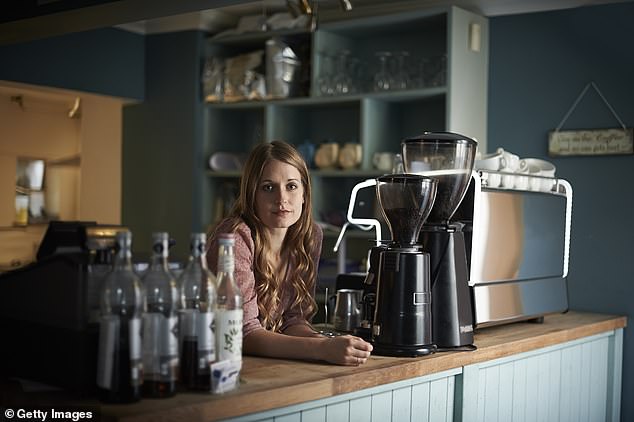 ‘Entry level ‘hospo’ work is pretty back-breaking, insecure and poorly paid,’ one wrote to a man considering moving into the industry.

‘It’s a fun industry when you’re young if you can handle the bad things. The pay sucks and you’re constantly sweaty and uncomfortable.’

‘I started with hospitality and it generally sucks ass. Your body hurts all the time and toxic co-workers are rampant. Smoking and drugs. Evil chefs,’ wrote another.

Another said: ‘Hospitality is brutal and not fun. When I was working I was doing dishes, prep, service, cook, cleaning, everything… S*** pay, mentally and physically draining.’

One chef said he is now driving an Uber because he’d had enough after working in the industry for five years.

‘I love cooking, but now I find even driving an Uber is more enjoyable than facing the toxic industry environment.’

Another warned anyone who was inspired by the TV show MasterChef not to become a chef.

‘Literally any industry would be better. Cooking at home and cooking professionally are entirely different beasts,’ they explained.

‘I’ve worked with heaps of people like you (passion for cooking, watched MasterChef and thought it looked fun etc, want a career change), they last about two months tops.

‘It’s also very much a young person’s game, if you’re over 25 that’s way too late to start. You’ll get maybe 10-15 years before your body breaks down.’ 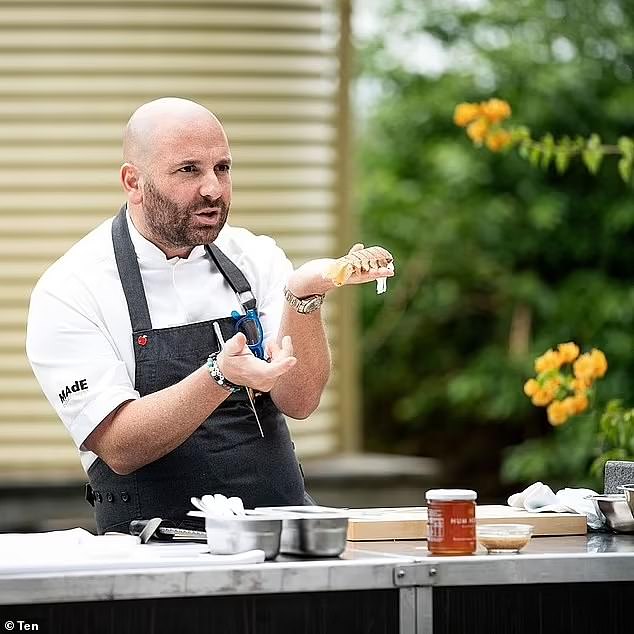 The industry is forecast to struggle to lure back local workers who have turned to other professions in a strong jobs market where the unemployment rate has edged close to a 50-year low and is at a stable 3.9 per cent.

Chefs warn prices at restaurants are about to increase even MORE

Celebrity chef Colin Fassnidge has warned even price hikes in restaurants are on the horizon, as hospitality businesses struggle to cope with rising costs.

‘People need to realise what food is costing. If a lettuce is costing you $11 what’s that slice under a burger costing, a dollar just for the lettuce slice,’ Mr Fassnidge explained.

‘People ask me all the time ‘why don’t you have a restaurant?’ That’s the reason, because there’s no margin.’

Now some chefs and cafe owners are struggling to rewrite their recipes in a bid to survive as everyday essentials vanish from the shelves or cost too much to be viable.

‘With everything going up, we can’t find things to put on the menu,’ Vessel diner owner Vicky Vardis from Sydney’s glitzy Barangaroo business strip admitted. 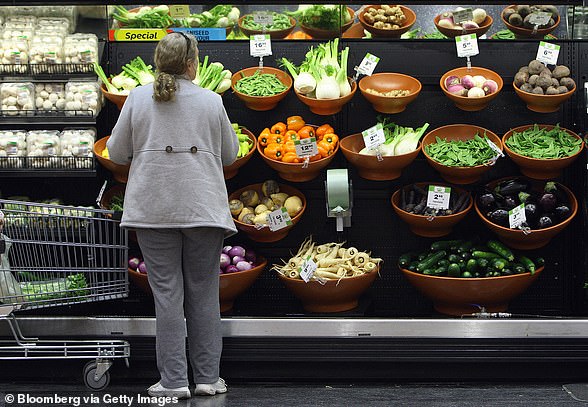 Cafes and restaurants are facing potential ruin as the cost of raw ingredients like green beans soar from $1 a kilo at market to a budget-blowing $240 for a 10kg tray.

‘I’m annoying the chefs so they do meals at as low a cost as possible.’

Melbourne’s Brick Lane Cafe has had to raise its prices three times in as many months to keep up with the soaring costs.

‘It’s right across the supply chain – meat, veg, fruit…and with fuel prices going up, that’s just adding to the bill as well,’ said manager Lindsay, who declined to give his surname.

‘It affects the customers most of all as we just keep putting the prices up – but eventually you can only pay so much for something until it becomes ridiculous.

‘You can ruin your recipes by swapping ingredients, you can cull some of the foods, you can make them smaller meals – you can do all those types of things.

‘But the customer is the one that hurts whichever way you go, whether it’s putting the price up or lowering the quality or going for cheaper ingredients or changing the recipes.

‘It all comes back down to the customer. They’re the ones who hurt.’

Meanwhile. rife underpayments of wages exposed in Fair Work Ombudsman audits and high-profile scandals may have made the industry unattractive for local workers.

George Calombaris’s hospitality group was infamously ordered to pay workers $7.8million in lost wages in 2019 after it failed to pay out penalty rates for years.

His company MAdE collapsed afterwards and the affair spurred the ex-MasterChef judge’s fall from grace, shining a light on the misconduct rife in the restaurant industry.

In a 2020 audit the Fair Work Ombudsman found hospitality was the least compliant industry in terms of workplace laws, with 61 per cent of the businesses audited found to be non-compliant.

Australia’s top chefs declare war on fussy eaters and their ‘me-isms’ as they reveal the REAL reason customers with allergies annoy them: ‘F*** you. You just wasted our time’

‘The Cook and the Chef’ star Simon Bryant criticised restaurant goers who were making chefs bend over backwards to meet their unrealistic demands.

‘If they are legitimate dietary or religious or ethical concerns then that is fine … I love the challenge,’ he told Adelaide Now.

Africola chef Duncan Welgemoed served up a ‘f*** you’ to any diner who deliberately misled kitchen cooks by pretending to have an allergy. 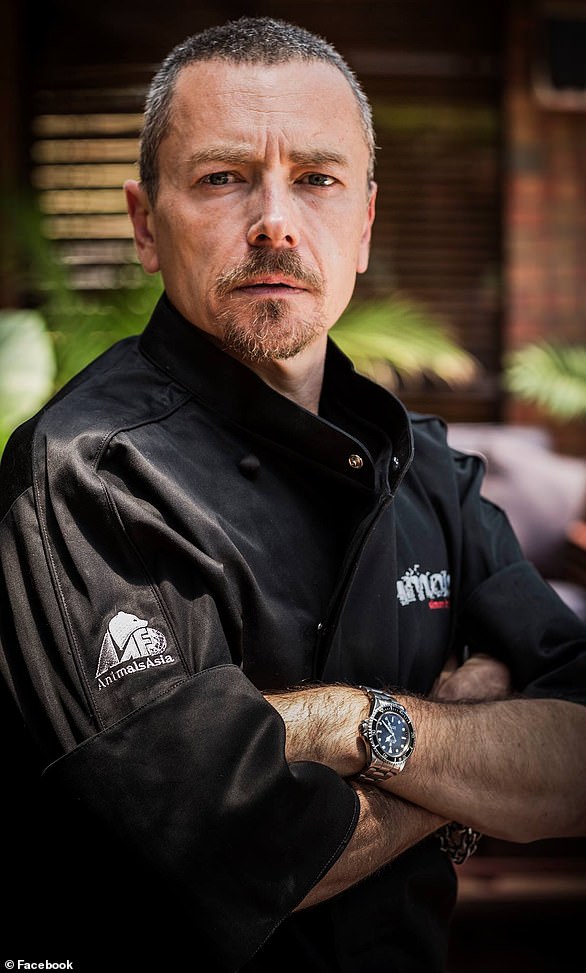 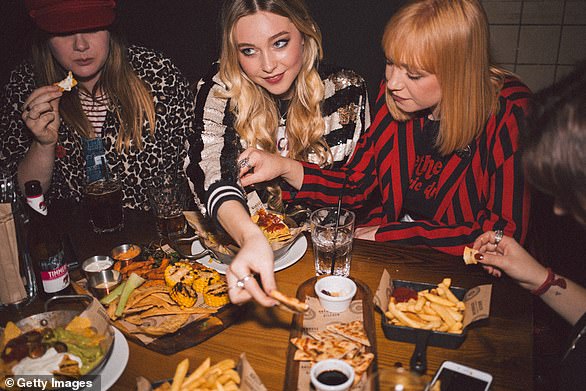 ‘What does annoy us if when we do go to all that trouble for someone who’s allergic to peanuts and then they go, ‘Oh well, actually a little bit of peanuts is fine’.

Welgemoed said the Covid pandemic had put a strain on restaurants and created less wiggle room for them to cater to individual requirements.

He said many had shifted from a la carte to set menus.

Bread and Bone head chef Joel Stephens revealed some diners were still expecting chefs to change their dishes for them.

Stephens said he had recently introduced a new menu and that some restaurant-goers weren’t even giving his new dishes a try before asking for changes. 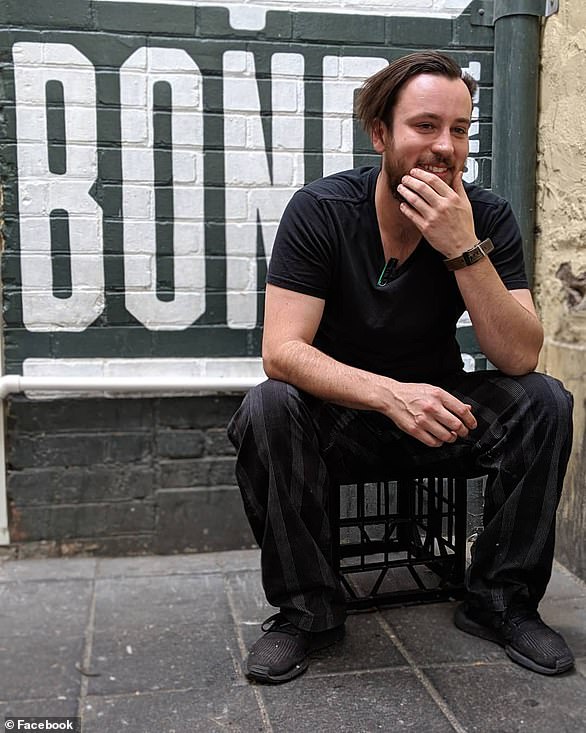 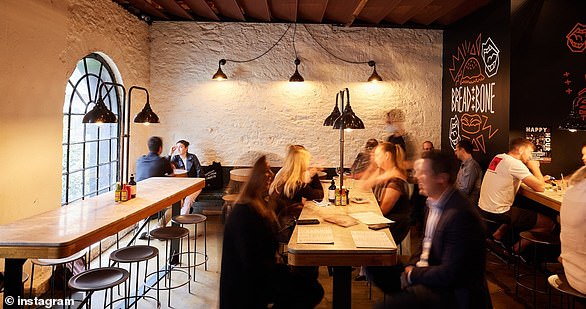 ‘I just spent a month designing, tasting (the food) and straight away, before even trying it, they want to make changes,’ he said. ‘It is disheartening.’

Restaurants have been feeling the pinch as cost of living prices soar across the country.

In March, a customer shared a single image of lettuce being sold for nearly $6 at a local supermarket.

‘A few weeks ago, when our supermarkets had a massive food shortage as a last resort I went to my local Aldi to try and get some fresh fruit and veg,’ a user shared.

‘They had lettuce half this size and were charging $5.50 each for them.’

‘Nearly everything I routinely buy seems to have increased 15-20%. The increases are not small,’ another commented. ‘What’s going on?’

Russia’s invasion in the Ukraine has been blamed for the surge in prices with petrol and food costs rising drastically.