Channel Nine has released a gripping trailer for the new upcoming Australian drama, After the Verdict.

The series tells the story of four ex-jurors who investigate a murder after setting the accused free in a high-profile homicide trial.

The trailer begins with the husband of the murder victim being suggested as a suspect.

Meanwhile, four of the jurors on the trial have serious doubts about the verdict.

At one point, we see ex-juror Michelle Lim Davidson palling around with the accused killer Tess Haubrich.

They even return to the scene of the crime – a high rise where the victim was pushed to her death.

The preview builds up the tension with scenes of mysterious piles of money, a menacing axe and Michelle’s character creeping though a cemetery with a torch.

Other scenes feature flashes of violence as raw emotions take over.

In one scene, Magda is seen hiding at night in bushland with Lincoln’s character, who looks less than impressed to be there.

Another scene teases a possible twist to the mystery when one of the jurors from the original trial, Sullivan Stapleton, is accused of a different murder.

The series is schedule to premiere later in 2022. 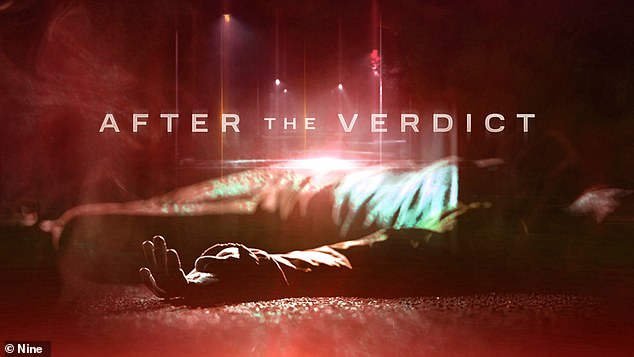 The series is schedule to premiere later in 2022