It’s Charlize Theron vs Uma Thurman! A-list super stars playfully wrestle in behind the scenes snap while filming of the Netflix sequel The Old Guard 2

Charlize Theron shared a few hilarious photos on her Instagram capturing a funny moment between her co-star, Uma Thurman.

The post contained a series of both colored and black and white photos of the two actresses having the time of their lives.

The two actresses have been working on the film, The Old Guard 2, which has recently entered its main production stages. 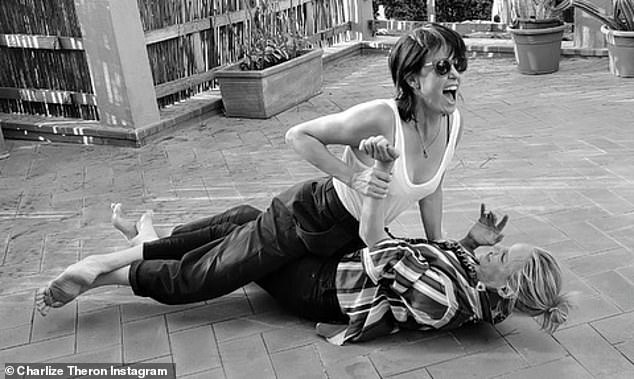 Lots of fun: Charlize Theron and Uma Thurman appear to be having a lot of fun during filming of The Old Guard 2

The first picture in the series shows Charlize, 46, laughing with Uma, 52, during what looks like a very playful wrestle.

The Mad Max: Fury Road actress added a caption to the post by typing out, ‘The work never ends.’ She added the hashtag, #afterhoursatUmas.

The next black and white photo showed the two unable to hold in their laughs at the situation, and the moment was perfectly captured. 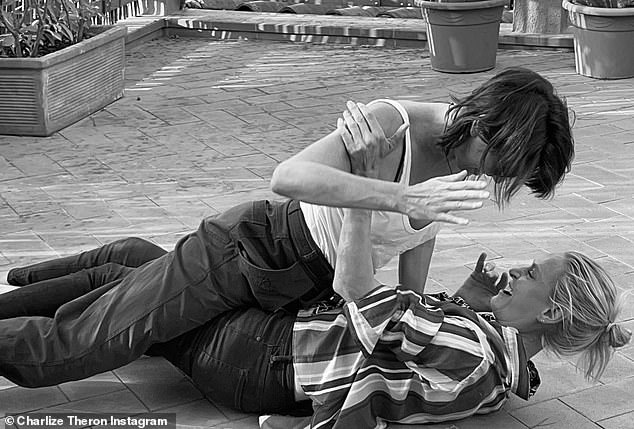 Great co-stars: The two actresses are working together on the Netflix sequel, The Old Guard 2

The last cute snap that was uploaded in the series was a colored photo that showed the two actresses giving each other a tight hug.

Although Charlize and Uma haven’t worked together much during their individual careers, it appears that they get along just fine.

Filming for the sequel from the 2020 Netflix hit, The Old Guard, has begun filming on location in the gorgeous city of Rome.

The actress recently uploaded an Instagram post to share a small glimpse of the set as the cast and crew prepared to begin shooting the Netflix sequel. 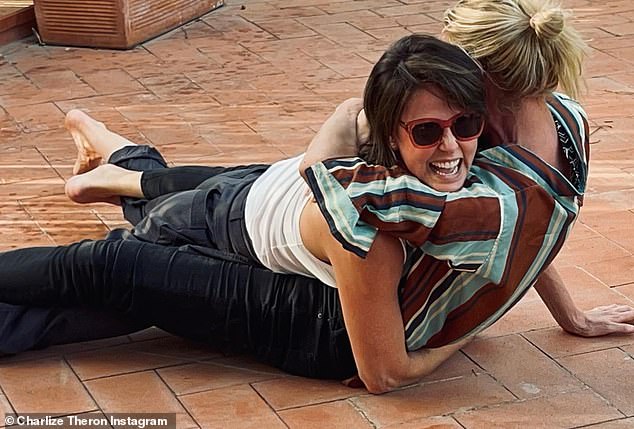 Becoming close friends: The two actresses appear to be developing a quick friendship on set

In an interview with Extra TV during the event, the actress expressed her excitement to be working with Uma.

‘I think I’ve seen all the ‘Kill Bills’ a hundred times… I was, like, fanning out. I had to keep my sh*t together. Uma Thurman has no idea what a fan girl I am,’ she stated. 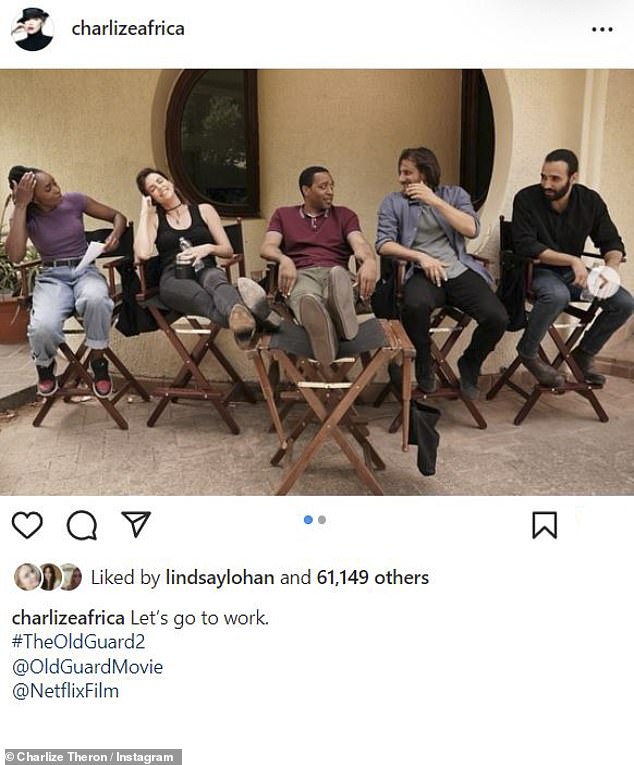 ‘Let’s go to work’: Production and filming for The Old Guard 2 has finally started to begin in Rome 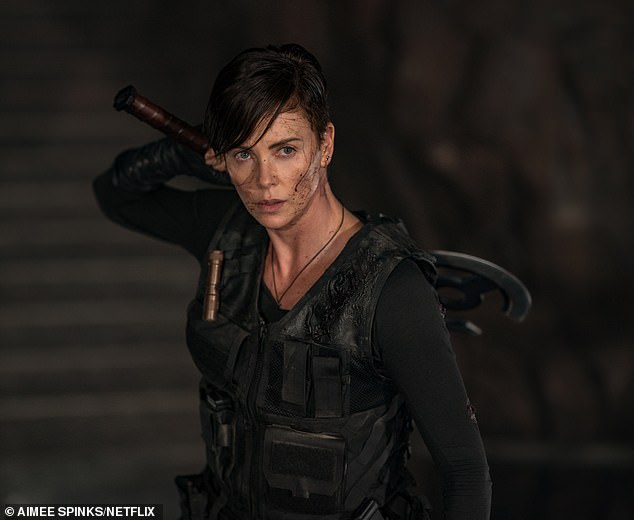 Production stages: With the overwhelming success of the first film, The Old Guard 2 is now underway

Charlize also discussed the purpose of the organization that she started in a separate interview with Variety at the event.

The project itself is meant to aim to find ways to fight and prevent the HIV/AIDS epidemic in Africa.

‘The world is constantly changing and you have to be able to exist in a space where you can really pivot to what’s happening in the world,’ she told the publication.

‘I’m really proud of the fact that given all the challenges that we’ve seen in the world, we’ve really been able to still service on-the-ground organizations,’ the Atomic Blonde star added. 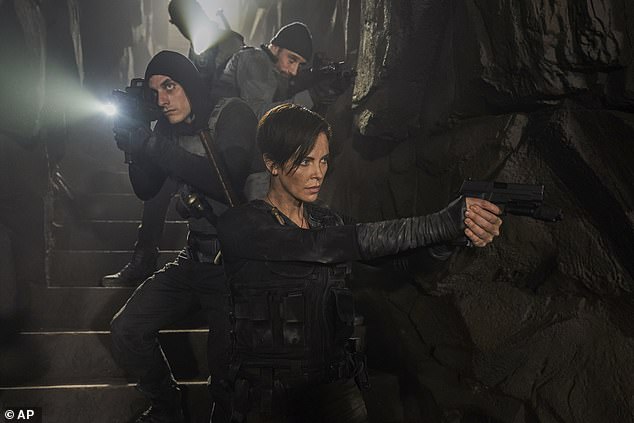 Star-studded cast: Uma Thurman has been added to the list of new additions to the sequel, but has starred in the action genre before, such as the classic Kill Bill franchise