CHRISTOPHER STEVENS reviews last night’s TV: April Ashley’s life was so risque even Channel 4 dare not tell it all

By Christopher Stevens For The Daily Mail

The Extraordinary Life Of April Ashley

There has never been a more profligate name-dropper than April Ashley. The transgender model splashed celebrity names around like a Pools winner flinging £50 notes.

In one breath she could announce she’d met Einstein, Churchill, Dali, Picasso and the Queen. While that was sinking in, she might add that Elvis Presley was hopelessly besotted with her.

Elvis wasn’t available for comment on The Extraordinary Life Of April Ashley (C4), but celebs queuing up to share anecdotes about her love of the high life included Zandra Rhodes, Simon Callow and Boy George. 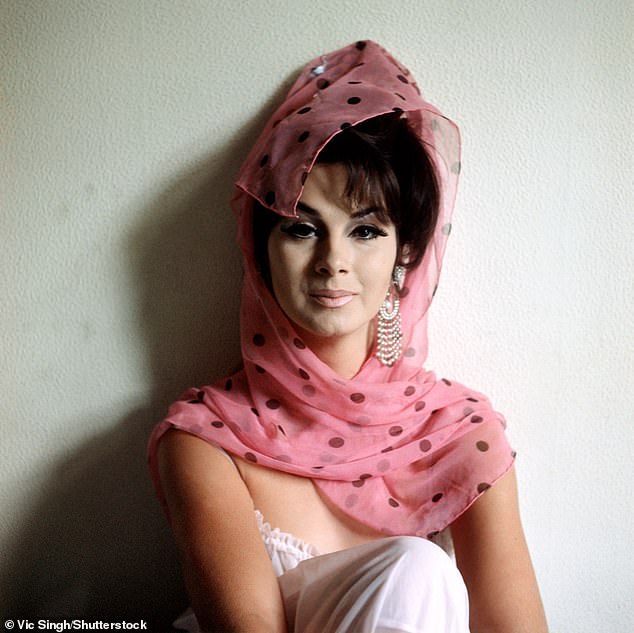 Channel 4 produced a documentary about April Ashley, an English model who was outed as a transgender woman in the 1960s 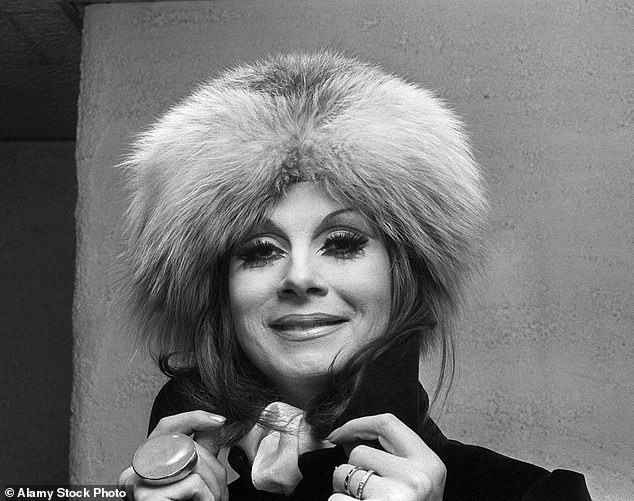 Grayson Perry revealed that he dated her briefly in the 1980s. This documentary was crammed with more well-known faces than The Ivy on a Friday night. One conspicuous by his absence was former Labour deputy leader John Prescott, who met April in the 1950s when they worked together at a hotel in St Asaph, North Wales.

They remained lifelong friends. ‘So handsome,’ April liked to say, ‘like a young Marlon Brando.’

April was a supermodel in Swinging London, beloved of Vogue and David Bailey, and one of the myriad lovers of Omar Sharif (those names just keep dropping).

When a Sunday newspaper revealed she was born George Jamieson in working-class Liverpool, and that she’d undergone gender reassignment surgery in Casablanca, she became a cause celebre.

Training session of the night:

Her notoriety grew after an acrimonious split from the cross-dressing son of Lord Rowallan, the Hon Arthur Cameron Corbett. Their marriage lasted just 14 days before April ran off with a Spanish nobleman, ‘the heir to the Duke del Infantado,’ she revealed. In his palace in Seville, ‘we made love under the Goyas and Velazquezes’.

These details were omitted from the programme, perhaps because the sheer volume of illustrious names was getting confusing.

Having written about April in the past, I know lots of the more lurid embellishments to her life story were left out. We heard that her mother loathed her — but the reality was far worse than that. One of six children, she was beaten so badly by her parents that the family doctor threatened to call the police.

A couple of friends commented on her capacity for hard drinking, but didn’t mention April’s boast that she could down 32 martinis in a night and stay on her feet. And a reconstruction showed her facing a barrage of paparazzi after her surgery was revealed. In fact, she was physically assaulted by strangers four times that day.

This was a rare example of Channel 4 playing down some of the more sensational aspects of a life. April was such a charismatic star that her chat show clips are still wildly amusing, but more could have been done to emphasise the abuse she suffered. 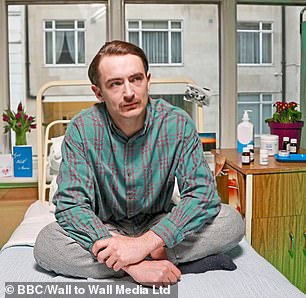 The abuse inflicted on HIV patients, both in hospital and outside, made for grim stories in Aids: The Unheard Tapes (BBC2). It continued to use actors lip-synching to audio interviews with gay men, recorded in the 1980s. Much of their testimony was bitterly sad, as were the recollections of those who lived through the initial epidemic.

But there was hope, with the intervention of Princess Diana in 1987. Her determination to treat Aids patients as ordinary people, rather than shameful freaks as some saw them, triggered a change in attitudes.

Amid frequent criticism of the royals, it is rarely noted that no one else could have done this — no politician, no mere celebrity. It required the superstardom and national leadership that only a princess could supply. This programme failed to recognise that, though it was there for all to see.