A Colorado woman who survived the 2012 Batman movie shooting that killed 12, including her fiancée, and wounded 70, found love again with the police officer who responded to the scene 10 years later.

When the gunshots were heard Boik reportedly grabbed his fiancee’s hand to flee the theater.

Amid the chaos, Lasamoa tried to cover her fiance but sadly, he was shot twice and died.

Officer Cody Lanier, a resource officer at her high school, was one of the officers who rushed to the scene to try and assist on that horrifying day. 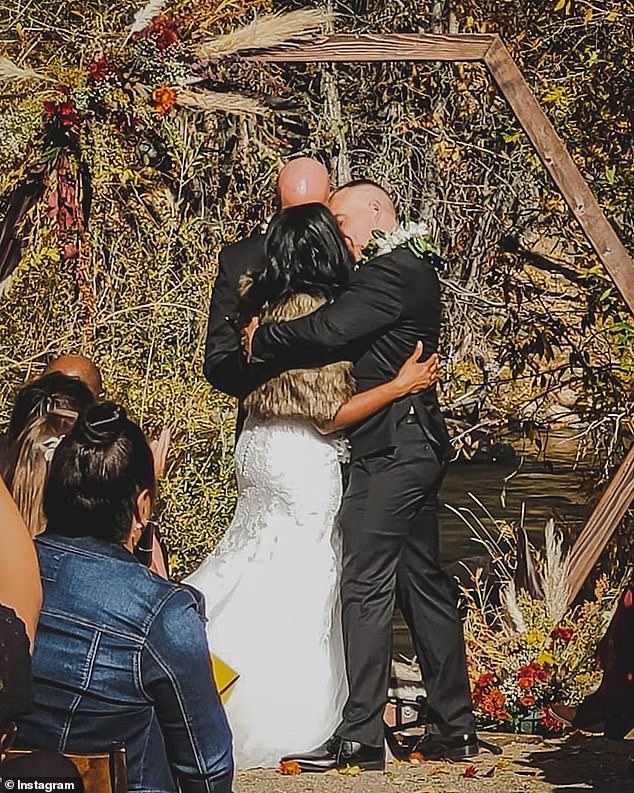 Lasamoa and Cody Lanier are seen kissing on their wedding day last year. ‘Beauty from ashes, man. I don’t know what I would do without her,’ Cody said. 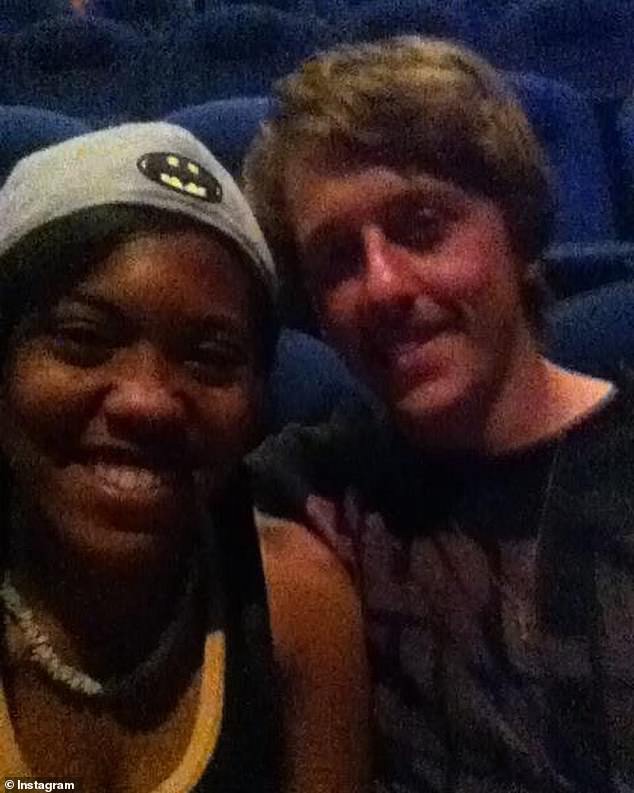 A selfie that Lasamoa took with AJ Boik (right) at the Centruy 16 movie theater in Aurora, Colorado the night of the shooting. A responding officer at the scene, Cody was the one who told Boik’s mom her son was unlikely to survive 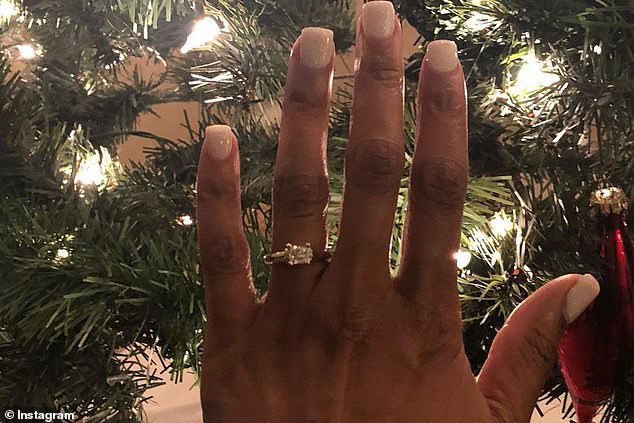 ‘Oh yeah, it’s crazy. Who knew. I didn’t,’ Lasamoa said of her unlikely romance with Cody given his role on a ‘traumatic’ day in her life

Lasamoa was filled with grief after losing the love of her life. While Cody was reeling from the pain of not being able to save all those who perished.

He also was the officer who had to break the tragic news to Boik’s mother telling her that her son probably did not survive calling ‘it the absolutely the worst singular event I could imagine as a cop,’ he said, 9News reported.

Lasamoa spent years trying to heal and kept a journal chronicling her feelings. She also took up photography in hopes of capturing life’s happier moments.

Part of her healing also included writing letters to the police officers, who were also traumatized by the massacre, thanking them for risking their own lives while trying to save others.

One of the officers who received the letter was Officer Cody, who was still reeling from the loss and felt like he failed the people and families who were killed.

After dropping off the letter at Gateway High School, where Cody worked the pair went for lunch.

What was supposed to be an hour lunch at Chipotle turned into an entire afternoon and the beginning of a special friendship. 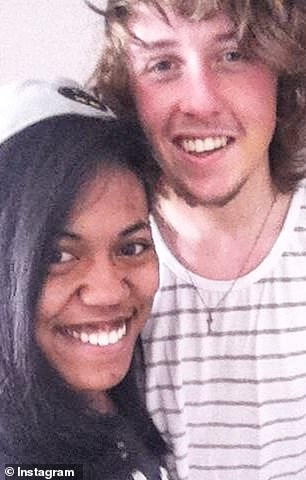 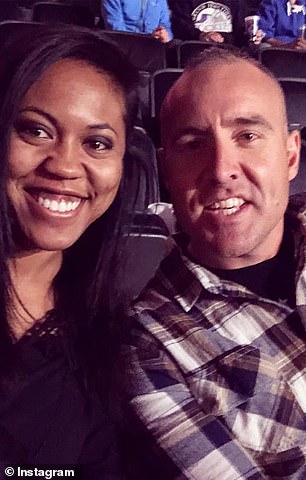 Lasamoa Lanier’s then-fiancé (pictured above, left) was one of the 12 casualties of the deadly shooting during a screening of ‘Dark Night Rises’ in Colorado on July 20, 2012. Cody Lanier (pictured above, right) was an officer at the scene 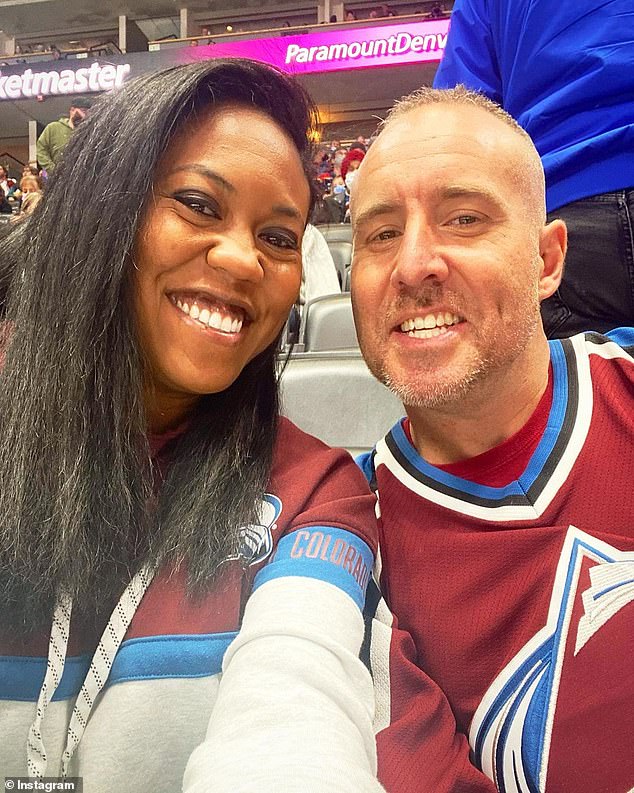 As their friendship grew after their initial lunch, Cody said that Lamasoa ‘filled this gap’ in his life

The two relied on each other to get them through the trauma they both endured, and their relationship grew stronger over the years.

‘In a way, La kind of filled this gap,’ Cody said. ‘Beyond that it was just this connection. Every day since she turned into my best friend.’

‘I am pretty sure there is not a thing that I want to do where she is not involved,’ he said.

On October 3, 2021, the pair made it official and wed finally getting their happily ever after. 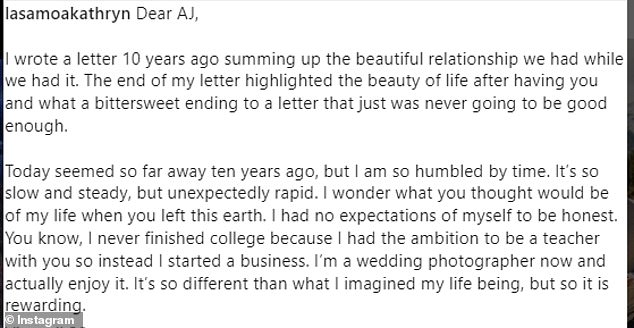 She calls it the ‘best day of her life.’ She also became a stepmother to Cody’s two children.

And, Chipotle was served at their wedding rehearsal dinner.

A portion of the letter Lasamoa sent to Cody that ignited their unbreakable bond reads:

‘I appreciate all the work you put forth on July 20 it was a traumatic experience that no one person regardless of their age should have to take it,’ she wrote.

She added, in part: ‘I have always thought of you as a headstrong determined and courageous person for having the amount of strive to serve and protect Gateway, Aurora and your family. Every single day,’ said the letter. ‘And that alone has changed my life all together.’ 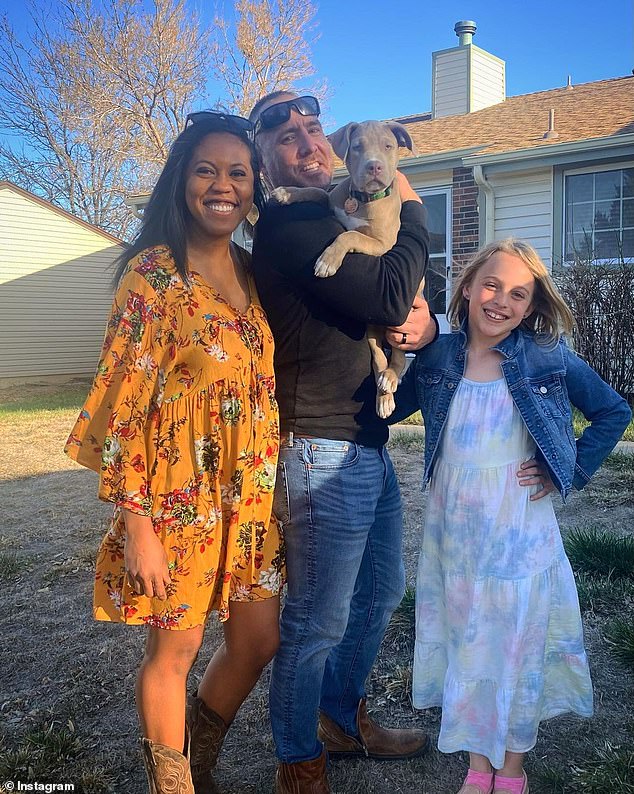 Lasamoa and Cody Lanier are seen in a family photo with their adorable dog as they build a life together after their October 3, 2021 wedding

Cody said that he was overwhelmed with emotion with Lasamoa’s warm gesture.

‘I don’t think I made it through three sentences in that thing and I’m tearing up,’ Cody said.

The letter also was a newspaper clipping that showed a photo of Cody taken right after he had told AJ’s mother that her son probably didn’t survive.

The pair’s love grew from friendship to something more powerful.

‘She kind of let me see a side of things I never saw before,’ Cody said.

‘He helped me see kind of a guiding light,’ Lasamoa said.

Both are still in the dreamy phase of wedded bliss.

‘It’s like a sleepover with my best friend all the time. It’s crazy. Beauty from ashes, man,’ Cody said. ‘I don’t know what I would do without her.’

Lasamoa felt the same as she said, in between tears of joy and sadness:

‘Sometimes I stop and think about it and I am like oh you are able to find love again,’ she said.

Lasamoa still journals and on Instagram posted a letter to her first forever love AJ that pulls at the heart strings.

‘I don’t know if you had any intentions of leading him [Cody] to me, but I really appreciate you sending him to me.’