A Covid outbreak has ripped through a cruise ship sailing from Queensland to NSW, leaving dozens of infected guests isolating onboard in Sydney Harbour.

More than 100 passengers and staff were infected on the Coral Princess as it travelled from Port Douglas in Far North Queensland to Brisbane on Sunday.

The outbreak led to Princess Cruises offering refunds to those booked on its next 12-day trip before it departed from Brisbane to Sydney on Monday.

However it is understood most of the more than 2000 passengers given the chance to get off the ship and cancel for free turned the offer down, 9News reports.

The contagion on the vessel – which is a sister ship to the Ruby Princess that was linked to 28 deaths after an outbreak on board in 2020 –  is the first for the local cruise industry since it resumed trips after the pandemic.

Queensland Health Minister Yvette D’Ath says protocols were in place on the ship before the outbreak. 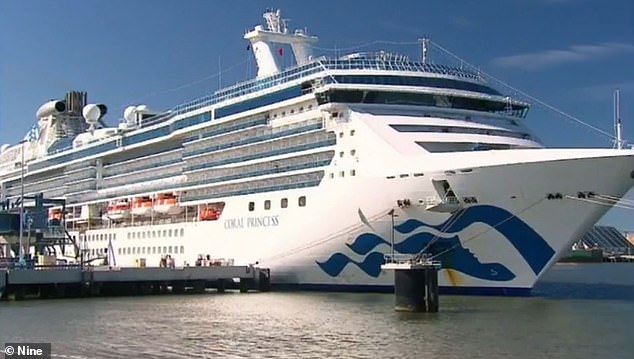 She said some passengers are isolating at home or in other accommodation, while authorities are helping the company manage infected staff on board.

‘The virus is everywhere and there’s no escaping that,’ Ms D’Ath said on Monday.

‘They will be testing staff more frequently at the moment and also encouraging any passengers with any symptoms whatsoever to come forward and get tested and they will have to isolate as well.’

Princess Cruises said they were ‘doing everything possible’ to ensure the safety of guests and crew.

‘We are adhering to comprehensive protocols that were agreed in conjunction with federal and state authorities and we are confident that they are working effectively,’ a spokesman told AAP.

Protocols include regular testing of all crew who must be fully vaccinated.

‘Should any crew member test positive, they go into isolation on board and have no contact with guests,’ Princess Cruises said.

‘We recently advised embarking guests that in the most recent full screening of crew some had returned positive tests and that this was being managed effectively in line with our protocols.

‘As guests look forward to their cruise holidays, we want them to be confident in knowing that everything possible is being done to ensure they do so in an environment that is as safe as it can be.’ 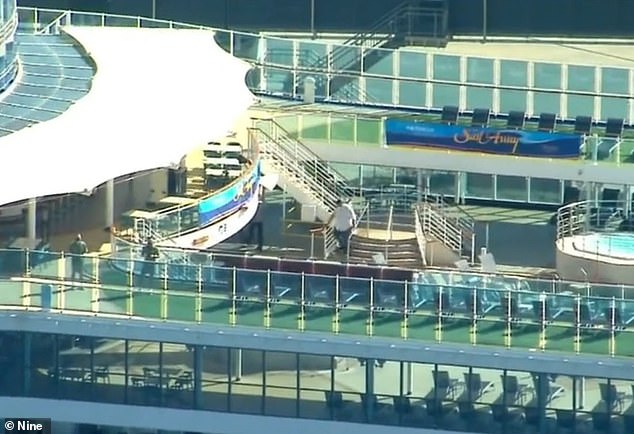 The ship travelled around Queensland on Sunday before heading to NSW, where it is currently docked in Sydney 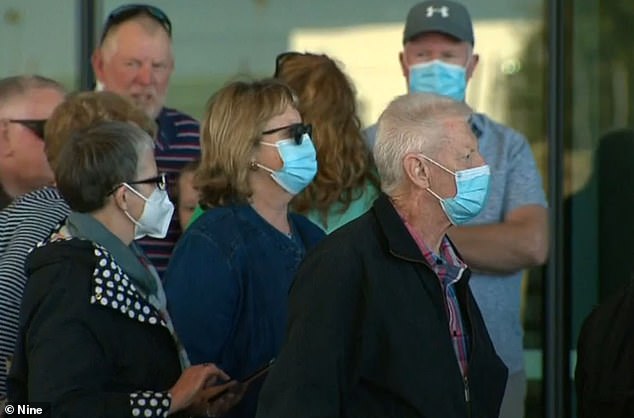 Pictured: Guests wearing masks on board the Coral Princess

Queensland recorded another 4804 cases on Monday, taking the number of active cases to 40,489.

The former federal government banned cruise ships from entering Australians waters in March 2020 after 2700 passengers on the Ruby Princess were allowed to freely disembark in Sydney Harbour, sparking 900 cases and 28 deaths across Australia.

The ban was lifted almost two years later in April 2022 after the industry worked with federal and state governments to refine health and safety protocols for passengers and crew.

In 2019, the cruise ship industry supported about 18,000 jobs and generated about $5billion in direct and indirect revenue for the economy.