A mugger nonchalantly strolled up to Swiss tourist, held him at gunpoint and relieved him of his watch in Naples last week – only for an accomplice to return it moments later after realising it wasn’t as valuable as they had first thought.

Startling video footage has emerged of the moment the criminal levelled his weapon at the head of the Swiss holidaymaker who was dining at a restaurant at the Piazza Trieste e Trento on July 17, forcing him to remove the timepiece.

The gangster grabbed the watch and promptly fled the scene, leaving his victim scratching his head in shock and disbelief at the speed and audacity with which the crime was carried out.

But minutes later a second man, thought to be the robber’s accomplice, sidled up to the victim’s table and handed the watch back.

Francesco Emilio Borrelli, councillor for the Italian region of Campania, later revealed that the Swiss tourist told authorities the person who returned his watch apologised and explained they had only stolen it because they believed his timepiece was a Richard Mille.

The luxury watchmaker is renowned for producing high-quality timepieces which are priced from anywhere between £20,000 and tens of millions.

Upon realising their error and verifying their steal was in fact the product of another, far less valuable brand, the thieves decided to hand it back. 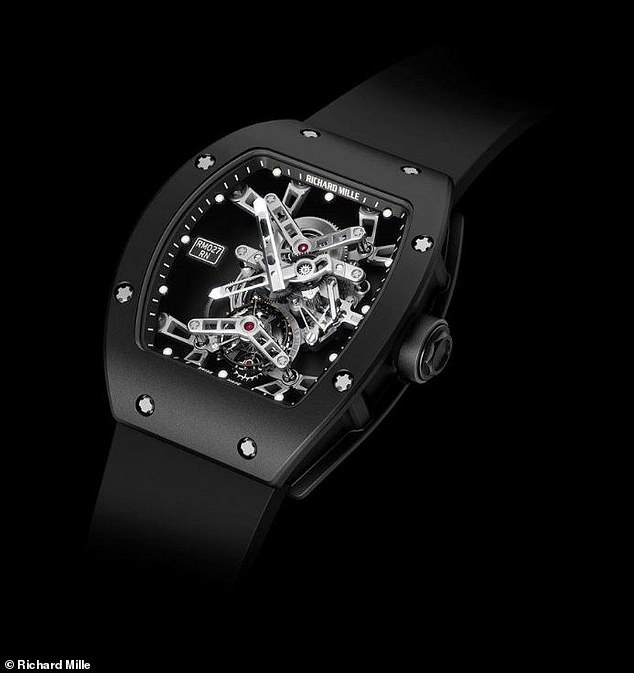 The luxury watchmaker is renowned for producing high-quality timepieces which are priced from anywhere between £20,000 and tens of millions (RM 027 Tourbillon watch is pictured, which is one of the company’s lowest-spec offerings, selling for £22,000) 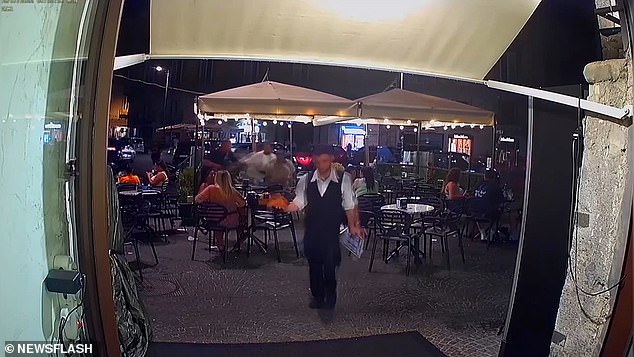 The criminal, dressed in a dark blue t-shirt, can be seen stepping up to the table and grabbing the watch off the wrist of the Swiss tourist, dressed in a light coloured shirt. But one of his accomplices later returned the watch when they realised it wasn’t a highly-valuable Richard Mille 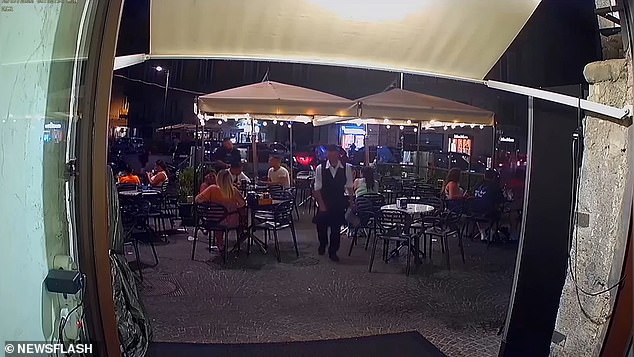 Borrelli, who shared the incredible clip on social media, said: ‘It is absurd because it took place just a few metres from the Naples Prefecture, the San Carlo, the Royal Palace, the army headquarters, and a short distance from Palazzo San Giacomo and the Police Headquarters.’

He added: ‘The city cannot be at the mercy of criminals and thugs.’

Mayor of Naples Gaetano Manfredi meanwhile chastised the level of security in place at the piazza: ‘The security issue must be addressed; on one hand with the supervision of the territory and with a better organisation of the police, but also with action on the video surveillance.’

But he was also quick to point out that Naples, which has earned a reputation for petty crime against tourists, is not the only place where such robberies take place on a regular basis.

‘The theme of robberies is not only Neapolitan – we see it in all the big cities, even in Milan,’ he said.

‘Urban security is one of the great priorities we have before us and there must be great attention from the central government’.

Footage of the strange incident comes as Italian authorities declared they had identified the criminals responsible for the theft of a real Richard Mille – from non other than brand ambassador and star Ferrari F1 driver Charles Leclerc. 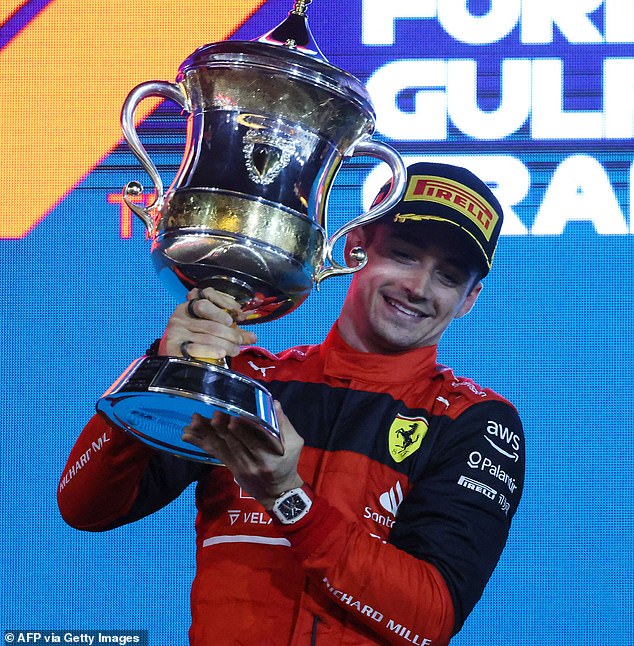 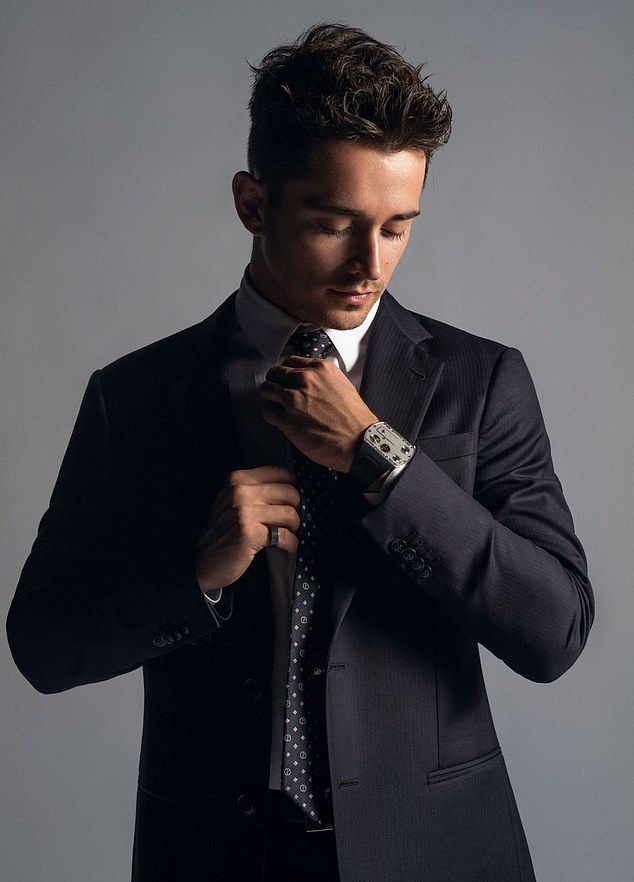 The Monegasque was posing for selfies in Viareggio, Tuscany ahead of this year’s Emilio-Romagna Grand Prix in April, when three individuals masquerading as fans managed to distract him while one of them slipped off his watch.

This time the watch was very much the real deal – so much so that the thieves, who were allegedly based in Naples, struggled to sell it due to its exclusivity.

Leclerc’s Richard Mille RM 67-02 was a custom design, presented as a gift to the Ferrari star with his signature emblazoned on the timepiece’s casing.

A similar watch, without the customisation, recently sold at auction for 2.1million euros.

The Swiss watchmaker has long been a sponsor partner of Ferrari and Leclerc has modelled a number of their products.

Italian police have identified the individuals involved in the theft according to Italian newspapers Corriere Del Mezzogiorno and Il Mattino, after the watch turned up in Naples after being sold for just 200,000 euros – less than a tenth of its stated value.