A woman who had $10.4million mistakenly transferred into her account in a Crypto.com bungle and kept it has been charged with similar offending.

Daily Mail Australia can finally reveal the face of Thevamanogari Manivel, who police allege not only made off with the money, but was involved in another alleged crime that netted her a further $11,750.

Manivel faces two charges of dealing with the proceeds of crime, which carry maximum penalties in Victoria of 20 years a piece. 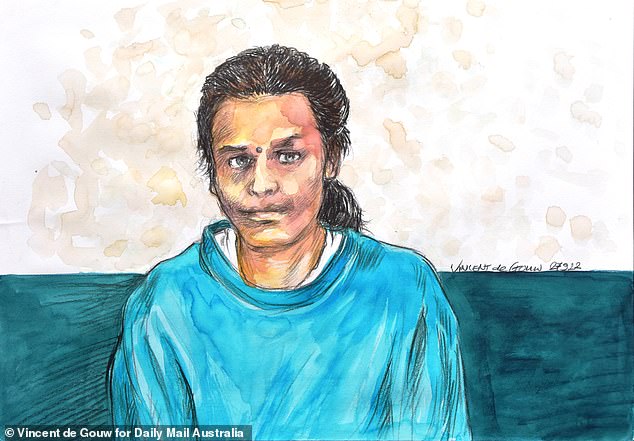 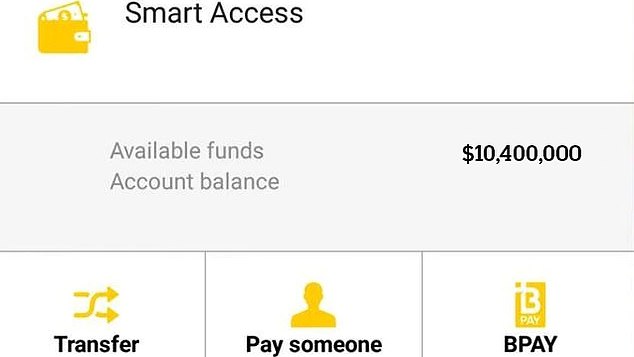 It remains unclear how police claim Manivel allegedly got her hands on the lesser amount, but they have little doubt about how the millions of dollars landed in her Commonwealth Bank account.

Manivel appeared in the Melbourne Magistrates’ Court on Tuesday via videolink from her new home within Dame Phyllis Frost Centre.

Dressed in a blue prison windcheater, Manivel appeared relatively comfortable, waving enthusiastically to the camera when spoken to.

She had spent her 30th birthday last month locked in a cell after her arrest by Melbourne detectives in March.

Manivel had spent near on a year before that with Crypto’s millions in her possession, police allege.

The $10,474,143 mistake was only discovered in a company audit just before last Christmas.

The error happened when Crypto.com intended to give a $100 refund in May 2021, but mistakenly entered an account number in a field meant for the dollar amount when making the bank transfer.

Fraud squad detectives believe Manivel and her co-accused, Jatinder Singh, knew they were not entitled to the money and went about hiding and spending it in the months before they were arrested.

Little is publicly known about Singh’s involvement in the alleged crime.

But it is understood he faces similar charges to that of Manivel.

On Tuesday, the court heard Manivel claimed she was duped by Singh into believing the money was hers to deal with as she pleased. 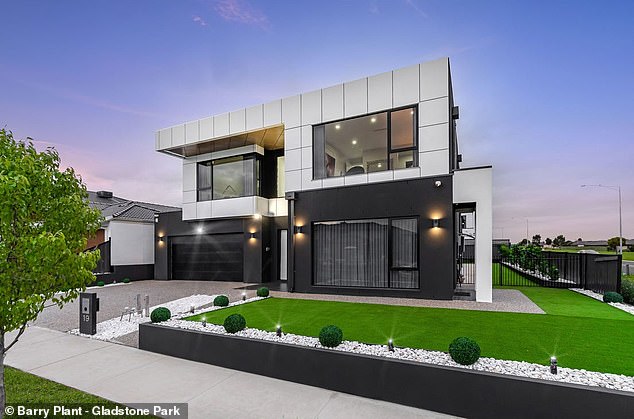 Thilagavathy Gangadory – the sister of Thevamanogari Manivel – allegedly received this home off the back of a massive Crypto.com mistake 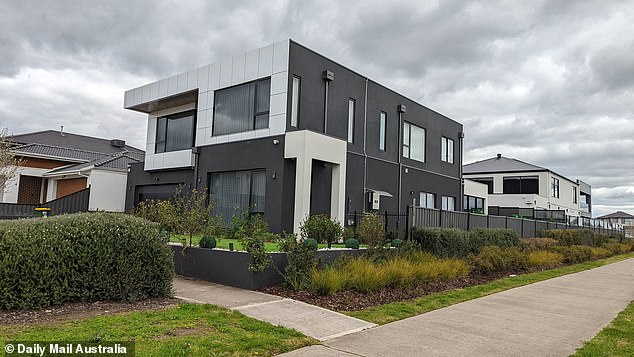 Manivel’s barrister, Jessica Willard, told the court her client did not know the money might have been stolen.

Singh, whose relationship to Manivel remains unknown, had allegedly told her he had won the $10.4m.

‘The whole issue in relation to Ms Manivel is the dishonesty element – whether she knew that the money was stolen or not,’ Ms Willard said.

The court heard Manivel had insisted upon her version of events upon her arrest in March, telling police her co-accused had ‘won the money’.

Singh had claimed similar when detectives eventually knocked on his door.

‘That’s also what he says in his record of interview,’ Ms Willard said.

Representatives from the Commonwealth Bank allege the couple had been well informed that the money had been transferred by mistake.

Ms Willard will grill a CBA representative next month when the matter returns to court about how its investigation was carried out.

‘They say that there was contact along the way to alert her about the funds. CBA is really the crucial witness in regards to Ms Manivel,’ she said.

Prosecutor Vanessa Kambouropoulos told the court the bank had kept a record of its correspondence with the accused. 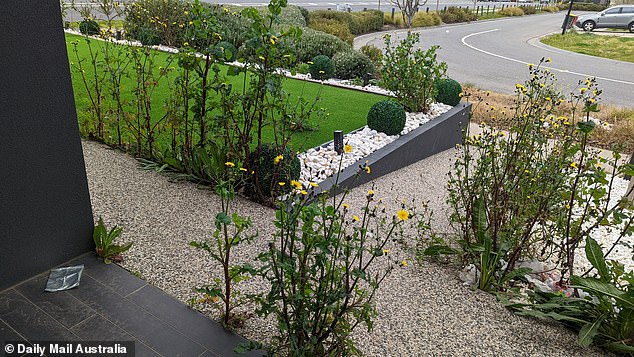 The court denied Daily Mail Australia access to a summary of allegations put by police against the pair.

What is known about the case stems largely from civil action launched by Crypto.com, which has used mega stars such as Matt Damon to advertise, and reportedly splashed $25m on AFL and AFLW sponsorship deals.

Barristers acting for the company have served paperwork with the Supreme Court of Victoria in an effort to get its money back from Manivel.

In a further twist, Manivel’s sister Thilagavathy Gangadory is included in the Supreme Court civil suite.

Documents state when Crypto.com tried to get its money back from Manivel, $1.35million had already been spent on a luxury house and the rest had been moved to other accounts.

The house registration had been transferred to the Malaysia-based Ms Gangadory before Crypto.com was able to take out freezing orders against her in March.

Despite Ms Gangadory’s inclusion in the civil suit, it is understood police have not laid any criminal charges against her. 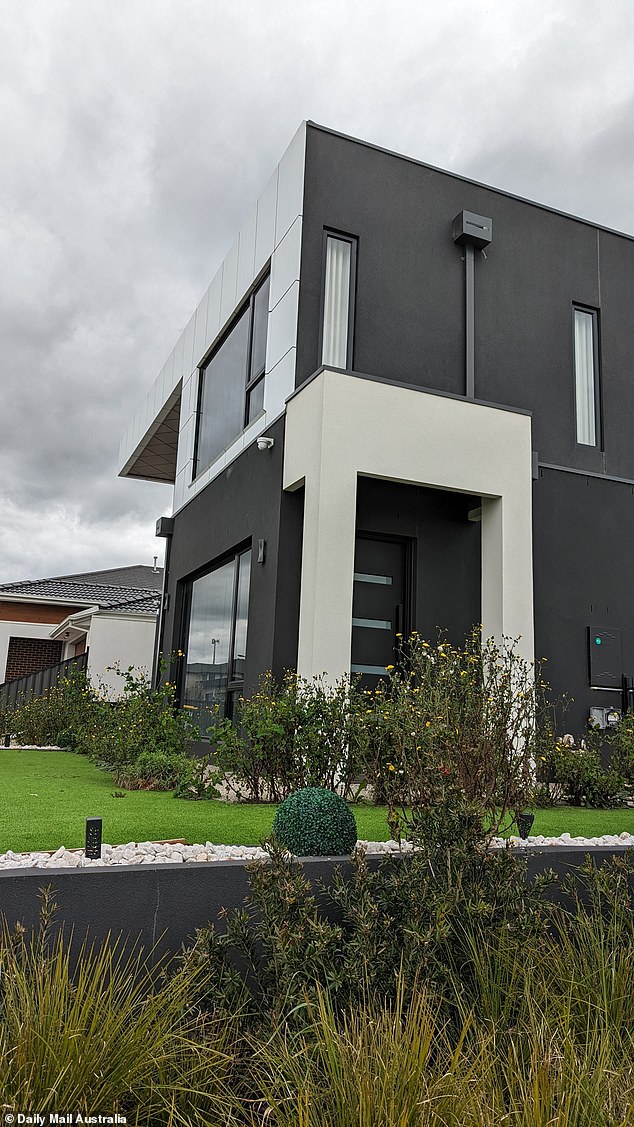 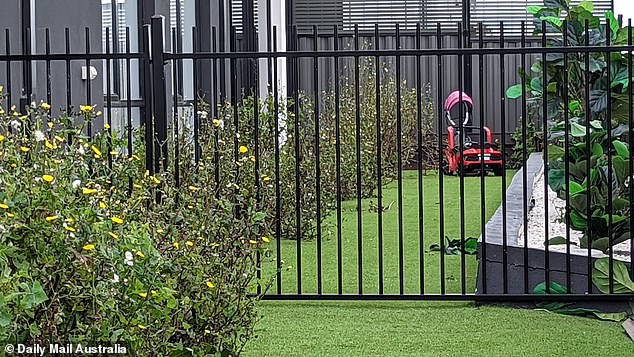 Littered with long, ugly weeds, the ‘Crypto house’ showed the telltale signs of neglect earlier this month when visited by Daily Mail Australia.

Crypto currency had been enduring a rapid decline during the month of May last year when the error happened.

The Craigieburn home, which has four bathrooms, a home gym and cinema, was bought on February 3, the Herald Sun reported at the time.

Four days later, Crypto.com made freezing orders against Manivel’s bank account, but court documents show $10.1m had already been moved to a different joint account and $430,000 had been transferred to her daughter, Raveena Vijian, who also appears not to have been charged with any crime and it is not suggested that she has committed any crime/

The company subsequently took legal action in the Supreme Court seeking to get back the cost of the house plus 10 per cent interest.

The action was successful by default as neither Ms Gangadory nor her legal representatives attended the court or lodged a defence. 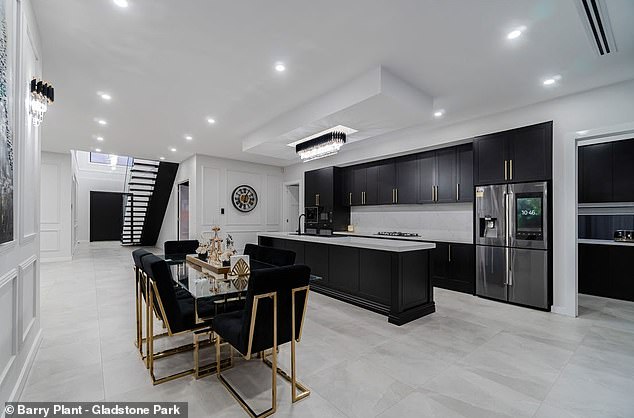 Thevamanogari Manivel reportedly bought a luxury house (pictured) in the Melbourne suburb of Craigieburn after mistakenly receiving a bank transfer of $10,474,143

‘Thus, Gangadory was unjustly enriched by receiving the purchase price of the Craigieburn property out of the wrongful payment.

‘Accordingly, I was satisfied that the orders relating to the sale of the Craigieburn property were appropriate.’

The Victorian Supreme Court’s commercial division heard the case in May, but  Justice Elliott’s judgment was only made available last month.

Because Ms Gangadory was not represented in court, Justice Elliott wrote that ‘references to the facts of this case based on such uncontested evidence are necessarily open to challenge if Gangadory ever seeks to set aside the default judgment’.

The judge added that she ‘has not responded to any of the correspondence from (Crypto.com’s) solicitors’ and that ‘the effect of not filing an appearance is that the allegations in the statement of claim are taken to be admitted’.

Separate orders have reportedly been made regarding the rest of the money transferred to Manivel.

Crypto.com’s lawyers, Cornwalls Law, told Daily Mail Australia that as the matter is before the courts, it was unable to comment.