Davido’s fourth studio album, “A Better Time” has just hit 213.2 million streams across the five major music streaming sites after one month of its release as it surpasses Wizkid’s Made in Lagos album with over 32 million streams.

The “FEM” took to his Twitter page to react to the figures as he appreciated his fans for streaming the album. His tweet reads; 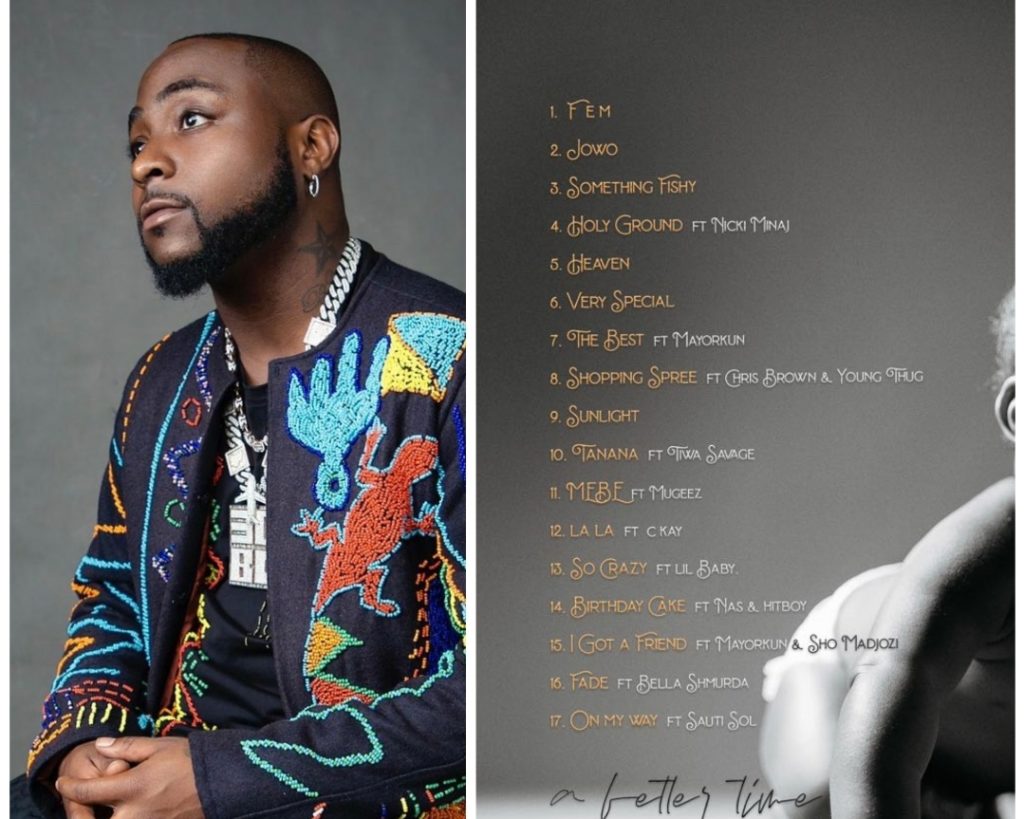 David Adeleke, professionally known as Davido as unveiled the tracklist for his much-anticipated 4th studio album; “A Better Time” The album cover carries a picture…