Derek Chauvin wishes George Floyd’s kids ‘all the best’ as he is sentenced to 21 years in cushy federal jail for violating their father’s civil rights: Term runs concurrently with his 22-year murder sentence

Chauvin will also be transferred from the state prison, where he is currently incarcerated, to a federal prison, which is considered by many to be a far safer and less restrictive place to serve time.

In handing down the sentence, U.S. District Judge Paul Magnuson told Chauvin: ‘For your actions, you must be held accountable.’

Chauvin’s sentence was doled out as 252 months in prison, but Judge Magnuson subtracted seven-months for time already served.

Chauvin, 46, pleaded guilty in December as part of a plea deal, admitting he violated Floyd’s civil rights by kneeling on the man’s neck and back.

His plea called for a 20- to 25-year sentence; prosecutors sought the full 25 on the grounds that Chauvin’s actions were cold-blooded and needless while his attorney, Eric Nelson, asked for the minimum.

Chauvin didn’t offer an apology to the members of Floyd’s family present in the courtroom, but instead said he wished his kids ‘all the best in their life,’ and hoped they would have ‘excellent guidance in becoming good adults.’ 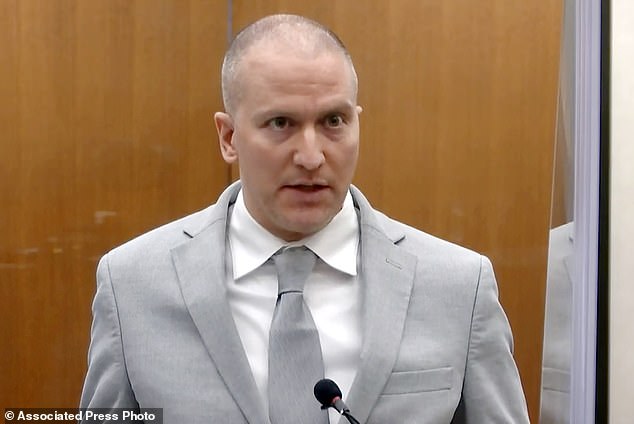 Chauvin is already serving 22.5 years in his state sentencing which was handed down in June

‘My brother was murdered in broad daylight with a knee to his neck for nine minutes,’ Floyd said. ‘The [Floyd] family and I have been given a life sentence, we will never get George back.’

Floyd’s girlfriend, Courteney Ross, sent in a written statement, saying she didn’t hate Chauvin, but was trying to forget him.

‘It is difficult to explain what was taken from me… Floyd was the man I loved… I miss laughing with him,’ she said. 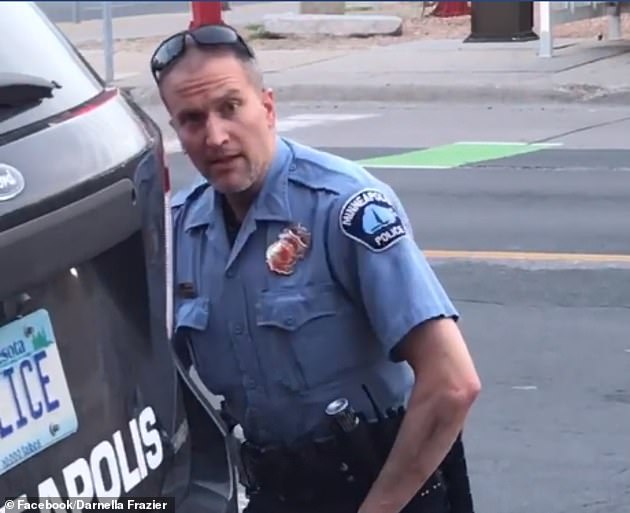 Chauvin was sentenced to 22.5 years on state murder charges last June, which he has appealed.

He will serve both his federal and state sentences concurrently.

That state sentence for murder and manslaughter was the longest an officer has ever received for unlawful use of deadly force.

Before he’s even eligible for parole, Chauvin will have to serve 15 years of his sentence. He could be released after that on good behavior, but many demonstrators chanting outside the Minneapolis courtroom say 15 years isn’t enough.

Chauvin, who is white, admitted he willfully deprived Floyd of his right to be free from unreasonable seizure, including unreasonable force by a police officer, during the May 2020 arrest.

The former officer was seen in videos recorded by horrified onlookers kneeling on the handcuffed Floyd’s neck for more than nine minutes in a brutal arrest on a Minneapolis street corner on May 25, 2020.

Floyd’s killing sparked immediate protests in Minneapolis that spread around the U.S. and beyond in a reckoning over police brutality and discrimination involving people of color.

It was one of the largest protest movements ever seen in the United States.

As part of his plea agreement, Chauvin also pleaded guilty to violating the rights of a then-14-year-old black boy who he restrained in an unrelated case in 2017.

Two other former officers involved in the incident, Tou Thao and J. Alexander Kueng, will stand trial in state court in January.