By Jake Ryan For The Mail On Sunday

Dominic Raab has vowed to strengthen freedom of speech in the Government’s new Bill of Rights with protections for journalists’ sources.

Whistleblowers will be given extra confidence to speak to journalists, with courts forced to meet a higher bar before demanding that a journalist disclose a source’s identity.

At the moment a court can order journalists to reveal their sources if there are grounds to show it would prevent a crime or is in the interests of justice or national security.

Now an extra test will be added to the proposed Bill of Rights, which is expected to be unveiled next week, ensuring a journalist will have to reveal a source only if there are exceptional and compelling reasons to consider it is in the public interest. 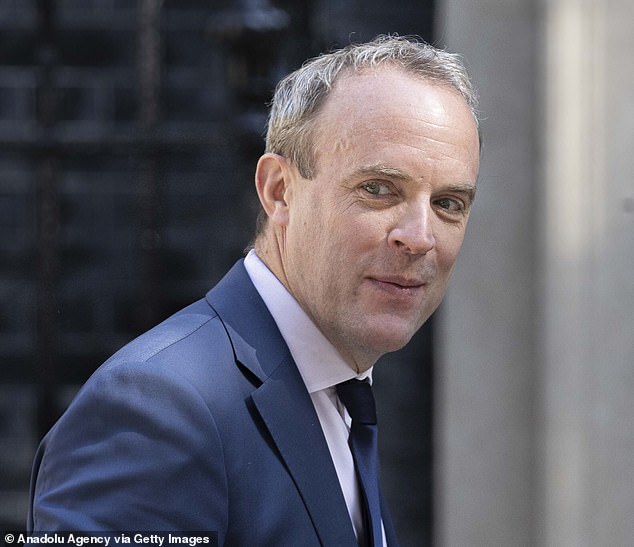 The test will add a layer of protection to that already contained in the Contempt of Court Act. In March, journalist Chris Mullin won a court battle to block a police bid for him to reveal sources after he wrote a book that helped secure the release of six men wrongly accused of the 1974 Birmingham pub bombings.

The Bill is also expected to crack down on claims under Article 8 of the European Convention of Human Rights, which lets asylum seekers and foreign criminals claim the right to family life to avoid removal.

Mr Raab, who is Deputy Prime Minister and Justice Secretary, said: ‘Freedom of speech is the liberty that guards all others. Journalists should have confidence in their right to hold powerful individuals, businesses and governments to account.

‘This protection in our new Bill will make it harder for courts to order the disclosure of sources, reinforcing the British tradition of healthy and rambunctious public debate.’