Dorinda Medley enjoyed a meet-up at Balthazar over the weekend with its founder Keith McNally, a famous figure on the New York restaurant scene.

Keith, 70, posted a sweet Instagram snap on Monday of himself cuddling up to Dorinda, 57, in a booth at his swank Manhattan eatery.

He wrote in the caption that he and the former Real Housewife Of New York City had ‘a torrid affair’ for ‘3 intense months’ in 1996 – while she was with her first husband. 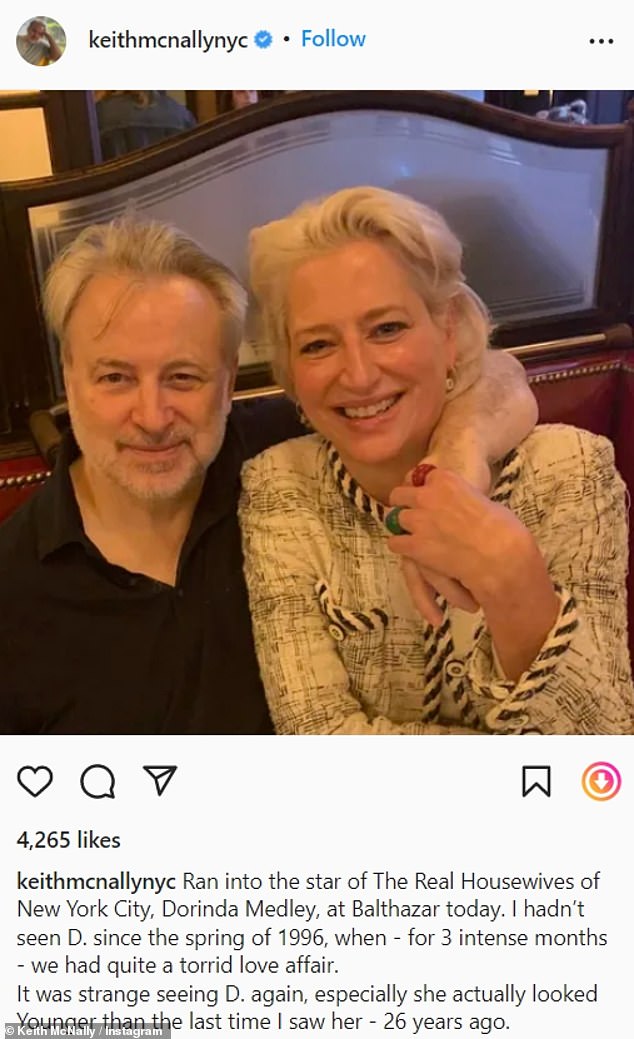 ‘And the story continues’: Dorinda Medley enjoyed a meet-up at Balthazar over the weekend with its founder Keith McNally, who claimed they had a ‘torrid affair’ in 1996

‘Ran into the star of The Real Housewives of New York City, Dorinda Medley, at Balthazar today. I hadn’t seen D. since the spring of 1996, when – for 3 intense months – we had quite a torrid love affair,’ Keith wrote.

‘It was strange seeing D. again, especially she actually looked Younger than the last time I saw her – 26 years ago,’ he added sweetly.

Dorinda leapt into the comments and wrote: ‘And the story continues,,,,’ adding an emoji with hearts over its eyes.

She married her first husband Ralph Lynch in 1995 and eventually moved with him to London, where he worked for Lehman Brothers. 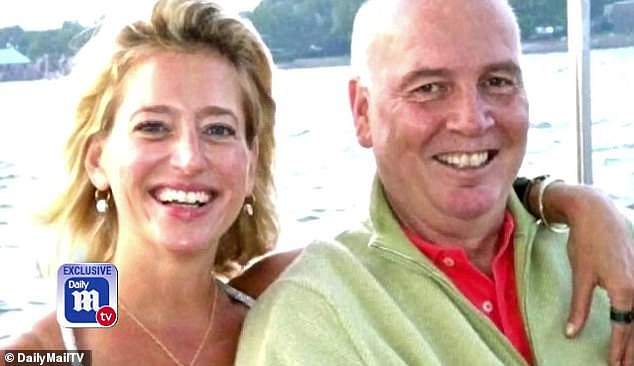 Throwback: Dorinda and her second husband Richard Medley were married from 2005 until he died of liver failure in 2011 at the age of 60

The platinum blonde pursued her own professional interests as well, starting a cashmere business with a clientele that included Joan Collins and Princess Diana.

Dorinda split from her first husband in 2005 and moved with their daughter Hannah to America, where she became a real estate broker.

The year she divorced Ralph, she married her second husband Richard Medley, who had worked in politics and as an advisor to George Soros.

Richard died of liver failure at the age of 60 in 2011, four years before Dorinda began her star-making turn on The Real Housewives Of New York City. 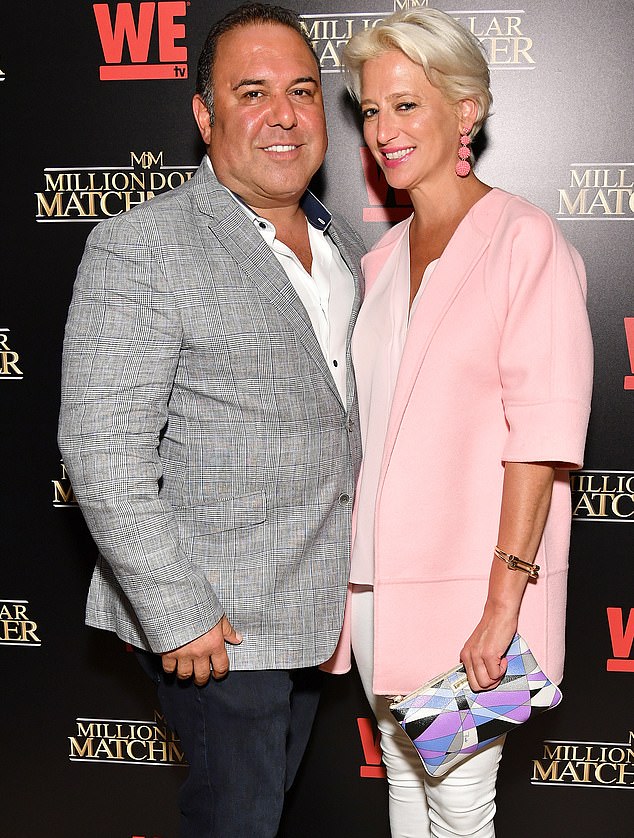 The way they were: Dorinda more recently spent seven years dating John Mahdessian until they split in 2019 during her time as a Real Housewife; they are pictured in 2017

During her time as a reality TV personality, she spent years dating John Mahdessian, who owns a cleaning and restoration company.

He occasionally appeared on The Real Housewives Of New York City during the seven years he dated Dorinda until their split in 2019.

Dorinda explained the breakup on the show, insisting that she would ‘always love John’ and there had been ‘no big fight,’ but that she was ‘just doing a little reset.’

A few months ago on her SiriusXM show Make It Nice With Dorinda Medley, she revealed: ‘I mean, I’m dating again, can you imagine?’ 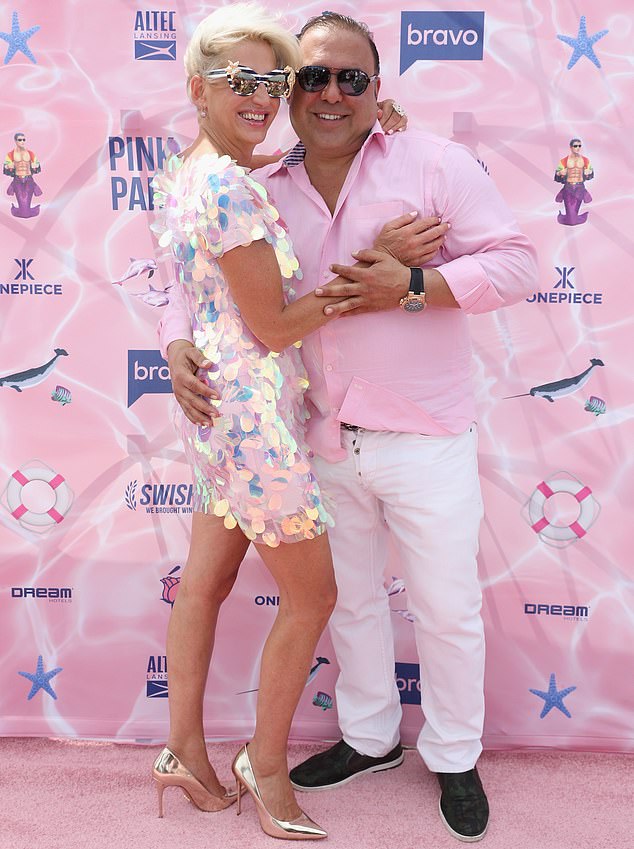 End of the road: Dorinda explained the breakup on the show, insisting that she would ‘always love John’ and there had been ‘no big fight,’ but that she was ‘just doing a little reset’

She noted that she ‘didn’t even think about’ romance during the coronavirus pandemic as ‘all I was thinking about was my grocery list’ and learning recipes.

‘I think dating’s good. Being open to new people – even someone asked me out, sort of a couple weeks ago that I wasn’t quite su- at first sight, I was like: “Ugh, I’m not sure,” but I said yes. I’m coming from a place of yes. I figure: “Why not?”‘ 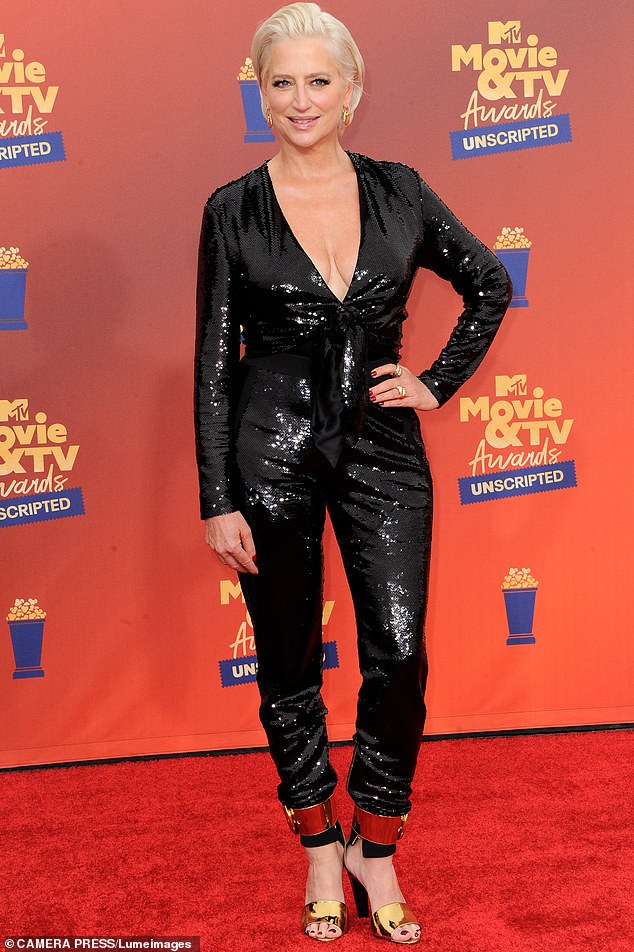 ‘Can you imagine’: Dorinda, who is pictured early this month at the MTV Movie And TV Awards, revealed on her SiriusXM show this year that she is ‘dating again’ after the pandemic

Dorinda, who was born in the Berkshires, revealed: ‘Yeah, I’m looking for the feeling of a great kiss again and I deserve a great kiss.’

She shot to international fame on The Real Housewives Of New York City before being fired from the program in 2020 amid a swirl of rumors as to why.

However she has now been brought back into the fold for the new series Real Housewives Ultimate Girls Trip.