Shocking footage has emerged of a supermarket worker being assaulted and having her hair pulled by a young teenager allegedly shoplifting.

The worker had confronted the teenager, 14, at Drakes supermarket in Walkley Heights, Adelaide before she was attacked.

The assault occurred around 6:30pm on June 23, according to South Australia Police.

CCTV footage from the supermarket, which was released by 7News, showed the teenager and her friend, 17, enter the store.

The pair could be seen walking down an aisle and put grocery items in their clothes. 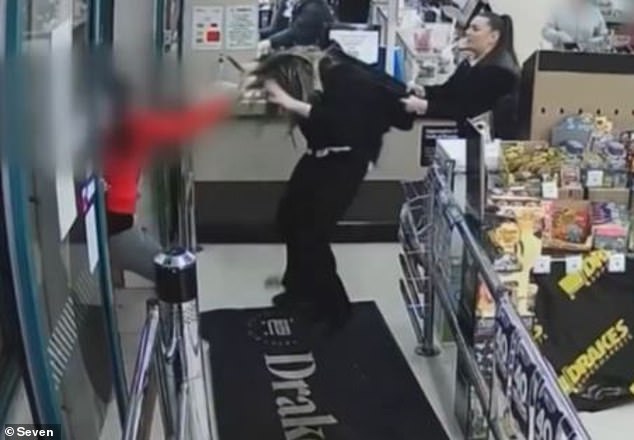 An employee confronted the duo about the alleged shoplifting before she was attacked by the younger teen and had her hair pulled.

The teenager then grabbed a handful of lollipops from a nearby stand and threw it at the worker before fleeing.

Drakes Supermarkets Director John-Paul Drake told 7News the assault was one of the ‘most horrific’ he had seen in his retail career.

‘This footage needs to be out there so people can understand this is some of the things we’re dealing with on the front line and it’s just not acceptable,’ he said.

‘The power of CCTV in this example is proven to be very successful because the one thing about the camera, it actually doesn’t lie.’ 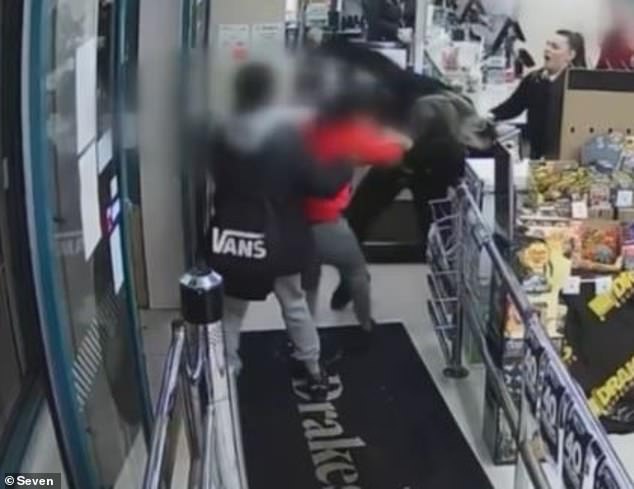 CCTV footage showed the teen, 14, and her friend, 17, (both pictured) enter the Drakes supermarket in Walkley Heights and stuffed their clothes with groceries. A worker at the store confronted the duo before she was attacked

A South Australia Police spokesperson told Daily Mail Australia that the pair have since been charged.

‘A 14-year-old girl from Walkley Heights was arrested and charged with aggravated theft and assault. She was bailed to appear in the Adelaide Youth Court on 5 August,’ the spokesperson said.

‘A 17-year-old girl from Walkley Heights was reported for aggravated theft and will be summonsed to appear in court at a later date.’