As James Bond, Daniel Craig was used to cloak-and-dagger operations. And, even though he’s no longer 007, the actor is just as keen to keep his secrets.

Two couriers were spotted delivering a huge safe (above) to the New York home of the No Time To Die star, 54.

It’s not clear if the actor (top) is planning to use it to store his film contracts or some of the £63 million he is said to have made from starring in five Bond movies. 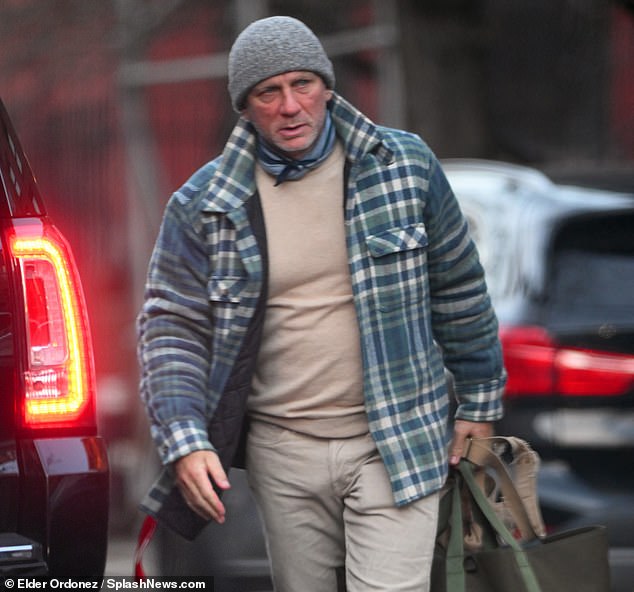 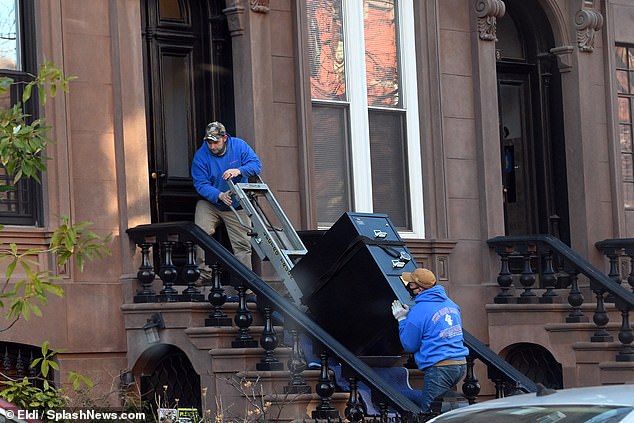 Pictured: Daniel Craig has a safe delivered to his apartment building in Brooklyn

Craig, who is married to actress Rachel Weisz, 52, was forced to pull out temporarily from his leading role in a Broadway production of Macbeth last week, after testing positive for Covid.

Not satisfied with marrying into the Royal Family and spiriting Prince Harry back to America, the Duchess of Sussex is now trying to commandeer the English language.

I can reveal that the former actress has applied to trademark the word ‘archetypes’.

Meghan, 40, announced last month that her first series of podcasts for audio streaming giant Spotify would be called Archetypes.

In the trailer, she vowed to ‘dissect, explore and subvert the labels that try to hold women back’.

She made the application at the United States Patent and Trademark Office last month.

It covers the use of the word ‘archetypes’, which derives from ancient Greek and first entered into English usage around the 1540s.

The dizzying list of goods and services involved are ‘in the fields of cultural treatment of women and stereotypes facing women’. 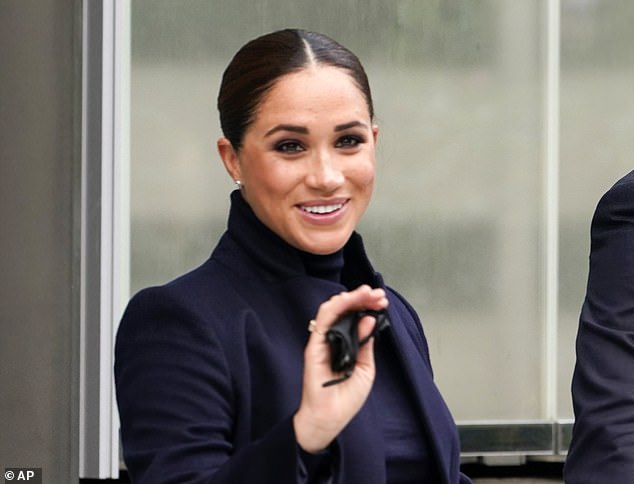 Meghan, 40, announced her first series of podcasts for Spotify would be called Archetypes

The application was made by Archewell Audio, one of a complex web of 11 companies established by Harry and Meghan and based in the opaque tax haven of Delaware.

It would mean they own the trademark rather than Spotify, which paid them a rumoured £18 million in 2020.

Meghan could face a legal challenge from companies that use the word in their names, such as the skincare and cleaning products business Archetypes, which has already established a trademark.

Victoria Beckham fought a similar linguistic battle in 2002. The former pop singer known as Posh Spice tried to prevent the Championship football team Peterborough United from trademarking their club’s nickname ‘Posh’, arguing that the word was ‘inexorably associated’ with her.

Showbusiness legend Lionel Blair, who died last November aged 92, left a fortune of £1.2 million in his will.

Newly released probate documents reveal that the Give Us A Clue star, whose career spanned seven decades, left the money to his wife, Susan.

The couple, who married in 1967 with comic Bernie Winters as best man, had three children and lived in Banstead, Surrey.

Blair signed his will, made in September 2014, with a flourish.

The political biographer and former headmaster of Wellington College, 68, wed teacher Sarah Seyer, 53, at St Michael’s Church in Bray, Berkshire, at the weekend.

‘Sarah is 15 years younger, but I’m not going to make age an issue in our marriage,’ he tells me from their honeymoon in Italy.

‘I can learn to love Jason Donovan if she grows to love Vera Lynn.’ 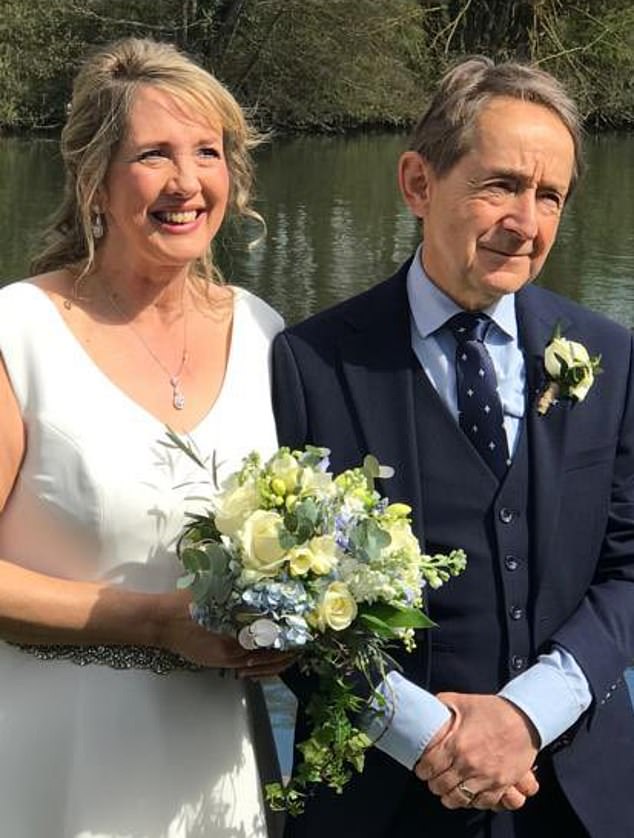 Sir Anthony insists his first wife, the daughter of pioneering medical ethicist Maurice Pappworth, would have given the union her blessing.

‘Joanna spoke about me remarrying and I know she’d have liked Sarah. Our son was best man and both our daughters were bridesmaids.’

She plays an aristocrat with a cut-glass accent in Downton Abbey, but in real life Michelle Dockery was nicknamed ‘Dockers’ as a child because of her strong working-class brogue.

‘We call ourselves the Essex Mafia,’ says the 40-year-old actress who stars as Lady Mary.

‘Between my parents and my two amazing elder sisters who are still my best friends, I’m very lucky in my family.’

Dockery was brought up in Romford, the daughter of an Irish-born lorry driver-turned-surveyor and a social worker.

Social climber! Jemima gets wild at her hen do

Surely chocolate heiress Jemima Cadbury’s entrance to her wedding won’t be this dramatic?

At her surprise hen party, she abseiled down a climbing wall before partying with pals who all dressed as pop star Britney Spears. ‘They had a wild time,’ one of her friends tells me. 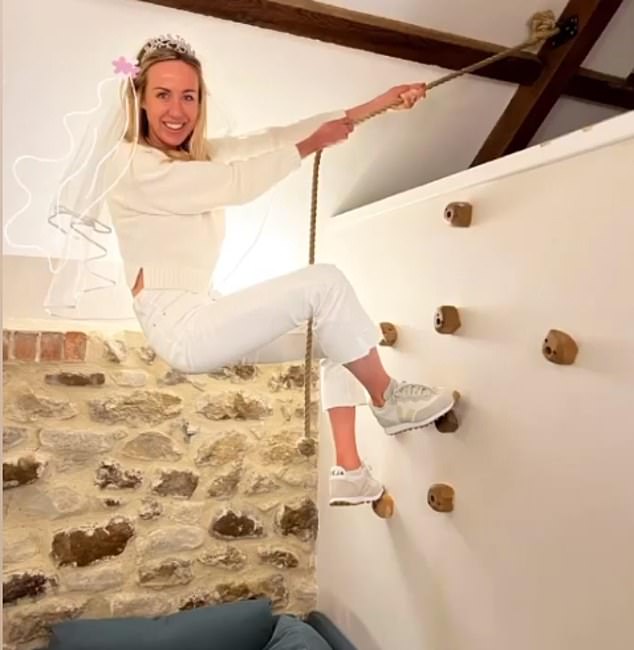 Jemima, 29, is engaged to David Tollemache, 33, whose family love a good party. At his cousin James’s 21st birthday bash, Prince William was pictured dancing in only two feather boas and his boxers.

The prince later jumped into the moat at the brewing heir Lord Tollemache’s Suffolk estate.