Edo 2020: More trouble for Gov Obaseki as another Commissioner resigns 10 days to election

There is a huge cloud over the re-election of Godwin Obaseki as Governor of Edo State following the resignation of yet another key member of his cabinet with just 10 days to the polls.

Edo state Commissioner for Mineral, Oil and Gas, Hon. Joseph Ikpea tendered his resignation on Wednesday citing his inability to leave the opposition All Progressives Congress (APC) which brought the governor to power four years ago. 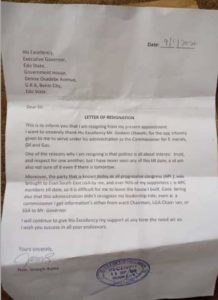 In a letter dated September 9 2020, Ikpea regretted that there’s a lack of trust and respect in the camp and he wasn’t ready to stay any longer in such an environment.

After his inability to secure a second-term ticket on the platform of the party, Obaseki crossed to the Peoples Democratic Party (PDP) and will now face Pastor Osagie Ize-Iyamu whom he defeated in 2016.

Ikpea’s resignation comes on the heels of several others who have abandoned the governor’s camp for the opposition.

On Wednesday, the PDP Women leader for Edo State Mrs Stella Evbuomvan also defected to the APC, following in the footsteps of other office holders who have pledged to support the APC candidate. 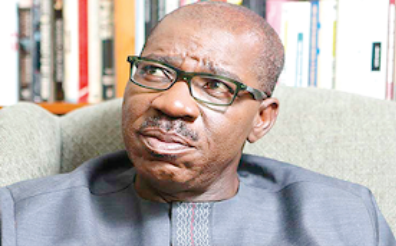 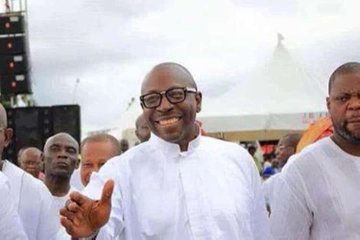 Twenty-four hours after losing at the Edo Governorship Election, the candidate of the All Progressive Congress, Pastor Osagie Ize-Iyamu has assured his supporters that he…