‘Having a Versace moment’: Elizabeth Hurley, 57, wears a pink dress inspired by THAT iconic safety pin number – 28 years on

She famously stole the show when she accompanied Hugh Grant to the premiere of Four Weddings and a Funeral in 1994 wearing THAT iconic Versace safety pin dress.

So it was a case of… if it ain’t broke, when Elizabeth Hurley wore yet another version of the dress while posing for Instagram snaps on Sunday.

This one was pink and sparkly in design and the various cut-out sections were held together with gold discs rather than pins. 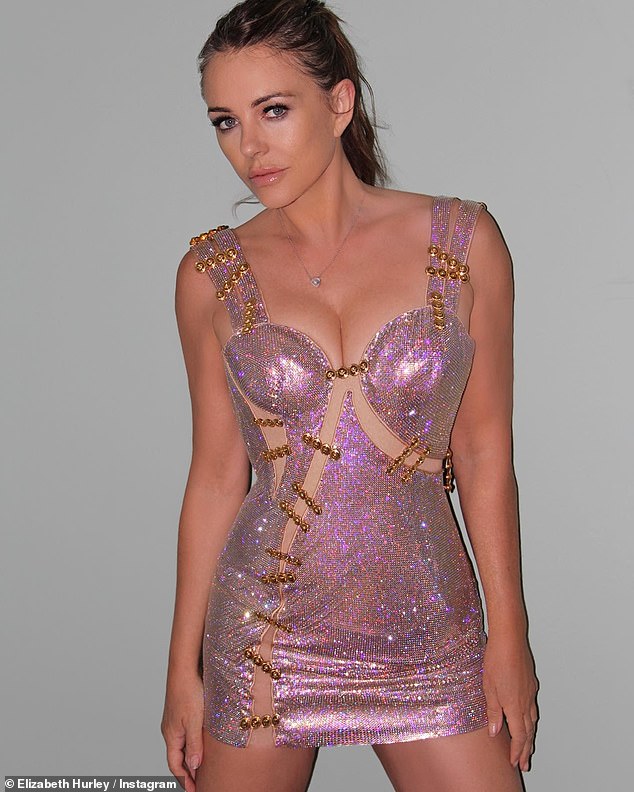 ‘Having a Versace moment’: Elizabeth Hurley, 57, wore a pink dress inspired by THAT iconic safety pin number – 28 years later – and posted the results to Instagram on Sunday

But it was clear to see the design was heavily inspired by the 1994 version which Elizabeth had worn very last minute.

Damian, 20, posed alongside her for one of the shots, and was the perfect stand-in for Hugh, who had accompanied Elizabeth before.

Same, same but different: Elizabeth’s new sparkly pink number, (left) was inspired by the dress she wore to the 1994 premiere of Four Weddings And A Funeral, (right) 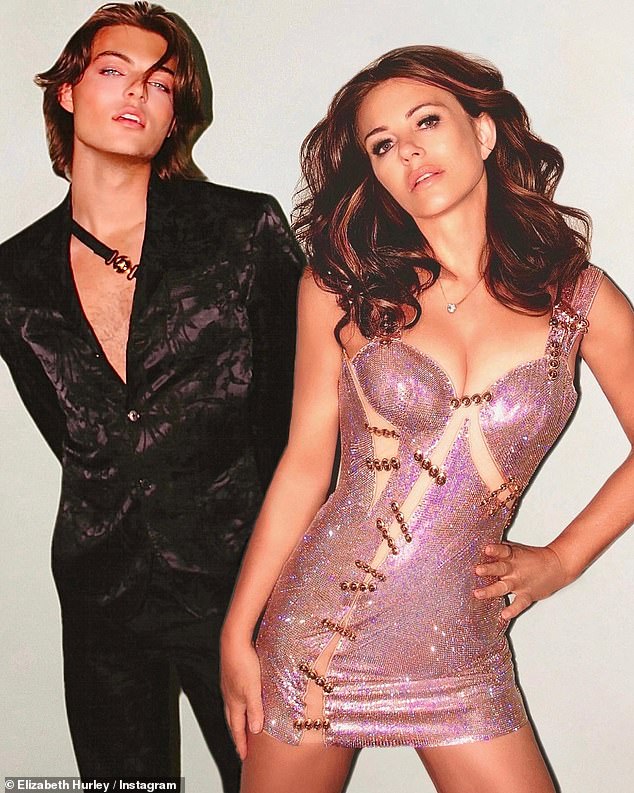 Dream team: Damian, 20, posed alongside her for one of the shots, and was the perfect stand-in for Hugh Grant, who had accompanied Elizabeth before.

Hugh spoke about the original dress in a BBC documentary – revealing she had only worn that dress because other fashion houses had declined to dress her on the night because she was not very well known at that point.

He said: ‘Poor Elizabeth rang some top designers and they all said: “No, who are you?” or “No, we’re not lending you anything”.’

‘Then Versace said: “Yes, we’ll lend you a dress”, and they just sent one round which is that one with the safety pins.

‘So she shoved it on and I raised my eyebrows a fraction and we set off.’

She welcomed her son Damian with the late Steve Bing, a Hollywood mogul who died by suicide in 2020. 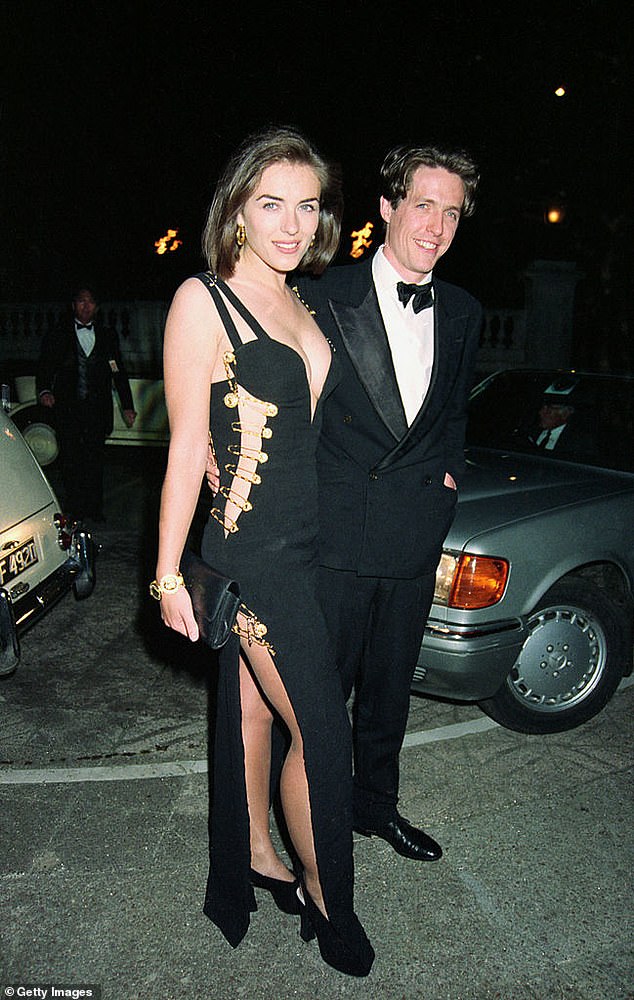 Wild: Elizabeth and Hugh met in 1987 and dated for 13 years and he said he ‘raised an eyebrow’ when he saw how daring her dress was that night