Slowhand… fast car: Eric Clapton, 77, is fined £124 for speeding in his Porsche

By Rebecca Camber Crime And Security Editor For The Daily Mail

He is one of the most famous musicians on the planet.

But maybe the officers who pulled Eric Clapton over weren’t fans of legendary guitarists.

Sussex Police charged the 77-year-old with failing to provide information about his identity when he was stopped in his Porsche.

But the charge was withdrawn this week with no further details given. 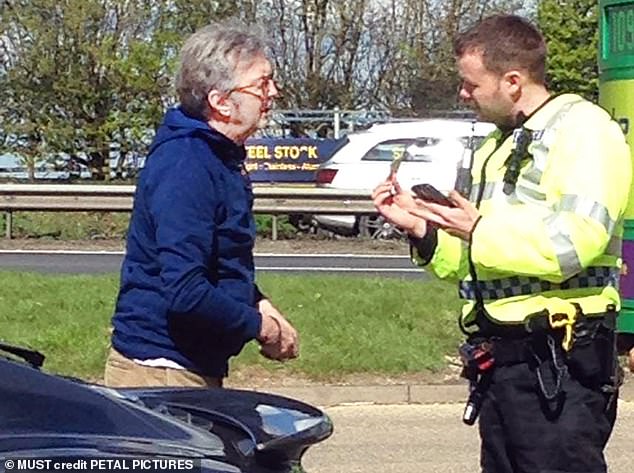 Clapton was, however, handed three penalty points on his licence after pleading guilty to a separate speeding offence at Brighton Magistrates’ Court on Thursday.

He received a ticket in the post not long after he was caught driving at more than 60mph on the A24 in West Grinstead, West Sussex, on October 28 last year, it emerged last night.

Clapton was subsequently charged with failing to provide his identity to a police officer on February 1 at a location in Shoreham-by-Sea, West Sussex. 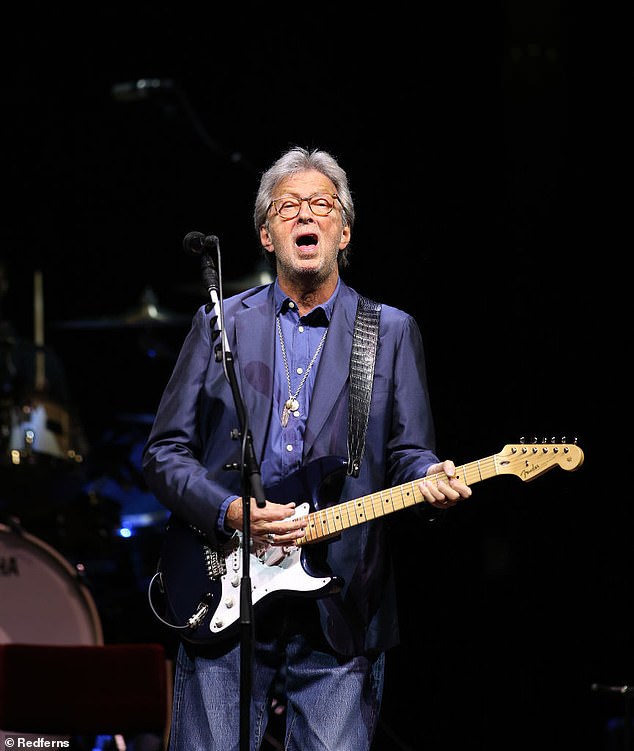 Clapton was, however, handed three penalty points on his licence after pleading guilty to a separate speeding offence at Brighton Magistrates’ Court on Thursday. Pictured: Clapton performs at the Royal Albert Hall

The circumstances of the second alleged offence remained unclear last night, but he was charged with having ‘failed to give information relating to the identification of the driver of a vehicle, namely [Clapton’s] Porsche, who was alleged to have been guilty of an offence’.

The guitarist, known as ‘Slowhand’, was spared from having to attend court over the October speeding charge after the matter was decided by a magistrate under the ‘single justice procedure’.

In 2016, he was caught on camera after being pulled over by police in his Porsche at a Little Chef restaurant. Representatives for Clapton did not respond to requests for comment last night.