Ex-prisoners will face compulsory drug testing after release under £1.2million plan to slash reoffending – with ‘intensive’ treatment or more jail time for those who fail

Thousands of ex-prisoners face compulsory drug testing after being released from jail as part of a £1.2 million scheme to reduce crime and drug-related deaths.

From today, offenders supervised in probation hostels – known as approved premises – will be randomly tested for 14 different drugs.

The initiative is being overseen by prisons minister Rob Butler, who warned as a backbench MP last year that a limited testing regime was failing to prevent drug deaths.

Those whose drug habits are directly linked to their crimes, such as heroin addicts, will need to take weekly urine tests, while others will be tested at least twice during their stay.

Offenders who show a positive result face either ‘intensive’ drug treatment or a further prison term. 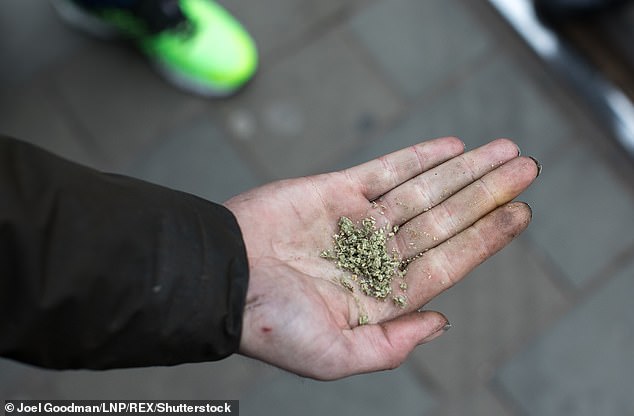 From today, offenders supervised in probation hostels – known as approved premises – will be randomly tested for 14 different drugs. Pictured: A man holding spice

Around 30,000 tests, capable of detecting traditional hard drugs like cocaine along with synthetic substances such as Spice, are expected to be carried out each year.

The move is said to be one of the Probation Service’s largest expansions of drug testing and was first proposed in a Private Member’s Bill by Mr Butler.

The Aylesbury MP, who was appointed prisons minister in September, said: ‘I’ve seen first-hand how drug addiction is too often at the heart of criminal activity and I have campaigned to change that.

‘This mandatory testing will act as a deterrent to anyone tempted to abuse drugs again, help cut crime and make our communities safer.’

In October 2021, Mr Butler warned that deaths among approved premises residents had risen in recent years, adding: ‘Many of those deaths are believed to be related to taking drugs.’

The reforms have already been trialled in dozens of sites across England, and will become policy in all approved premises by spring 2023. 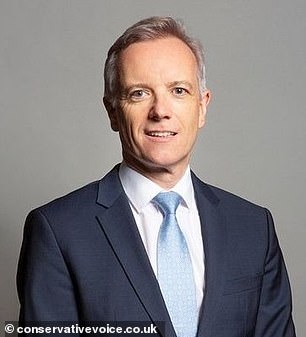 According to the Government, illegal drug use costs taxpayers nearly £22 billion every year, including NHS, prison and police costs.

It comes amid calls from police chief to change the classification status of cannabis to make it a Class A drug.

A group of Tory police and crime commissioners (PCCs) are demandin the drug be put on a par with crack and cocaine.

David Sidwick, the Conservative Police and Crime Commissioner for Dorset, said there was growing evidence linking psychosis and mental ill health, cancer and birth defects to cannabis use.

Calling it a ‘gateway’ drug used by county lines gangs to lure in users, he warned: ‘No child ever went to a drug dealer for heroin for their first deal – they would all have started with a bit of weed.’

The proposal is also being backed by Alison Hernandez, PCC for Devon and Cornwall, and Avon and Somerset’s police and crime commissioner Mark Shelford. They will present their plans at the Conservative Party Conference alongside academics.