The father of a 16-year old boy who was stabbed to death has spoken of his family’s trauma and their mission to ensure no other parent loses their child in the same way.

Balin Stewart, 16, was fatally stabbed outside his home in Buddina, on the Sunshine Coast, Queensland, just before midnight on January 20, 2022.

His father Michael told Daily Mail Australia if teens and parents were more aware of knife crime, ‘I feel like we would still have our son’. 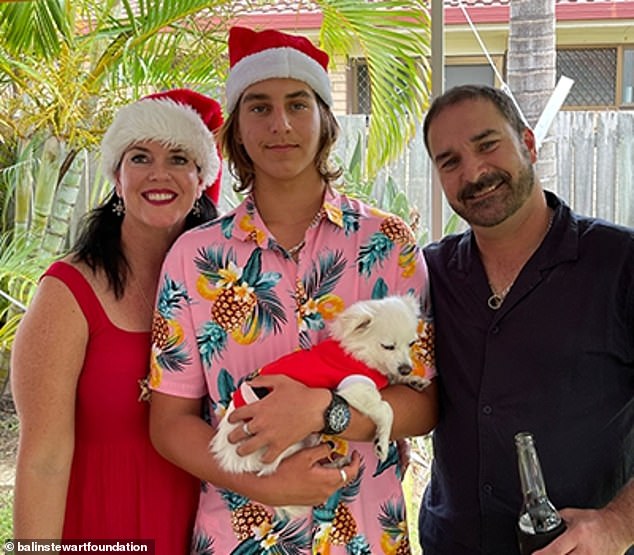 It started out as a regular night for the Stewart family. Balin went to a party and came home early and then sat with Mr Stewart, watching a couple of YouTube videos, before his father made his way to bed.

A short time later, Mr Stewart and his partner Kerri-Lyn were alerted to a disturbance and went outside to find their son unconscious on the grass with a trickle of blood coming out of a wound in his chest.

‘Even after seeing the wound I wasn’t overly concerned, the one thing that sticks out in my mind was there was only a small trickle of blood, he wasn’t screaming, it was just a surreal situation,’ Mr Stewart said.

‘At the time his breathing was very erratic but he was breathing and had a faint pulse but seconds later he took three long gasping breaths and then that was that.

‘I started doing CPR and when the first police car turned up I thought everything would be okay and then when the ambulance came it was like oh it’s all going to be alright now but unfortunately it wasn’t.’

Mr Stewart said he and his wife went inside as the ambulance arrived to change clothes and get ready to go to hospital assuming their son would be okay, but then police walked up to the house to tell them their son had died. 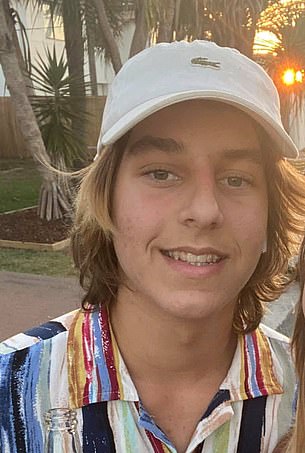 ‘Nothing ever prepares you to hear the words that your son is gone and time just stood still from that moment,’ Mr Stewart said.

‘It took a long time to process what happened and I really was in a state of shock like how could this happen? He was such a social kid, never in trouble, never in a fight and unfortunately this was his first real fight ever and he’s gone.’

Mr Stewart now says his family has set out to educate the community on the knife epidemic.

‘We don’t want stricter penalties, we just want everyone, particularly youths carrying knives to understand how dangerous having a knife for any reason is,’ he said.

‘Our whole mission and goal is education, much the same as the campaign that was run about the ‘king hit’ where it was changed to being called a coward punch.

‘We want to get teens and their peers to look down on carrying a knife and make it uncool.

‘If that was the case before, I feel we would still have our son.’

The family has set up the #BinTheBladeForBalin campaign and the The Balin Stewart foundation in the hope the devastation experienced by them can be avoided by other families. 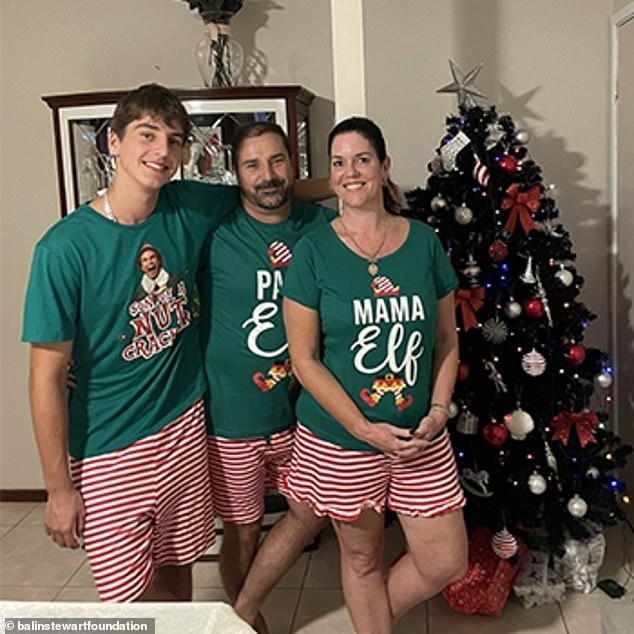 Mr Stewart said if knife crime was addressed ‘I feel like we would still have our son’.

Mr Stewart said their son had lost his life to just a regular kitchen steak knife and was told by police steak knives are the most common knife carried by teenagers as it is the most accessible.

He said he wants parents to have open and honest conversations with their kids and to do a self audit on how many knives they have.

‘Have the conversation with your kid about knife crime, not in a judgmental way but in an open, honest and investigative way,’ he said.

Mr Stewart said more than anything he wants the teenagers to know it doesn’t just ruin the life of the family of the child that dies but their life and the life of their parents as well.

‘Don’t ruin your life by carrying a knife, simple as that. You will wreck a whole lot of people’s lives if you hurt someone with a knife,’ he said.

‘Think about your parents, your brother, your sister, your friends, they have to live with everyone looking down on their family and the pain it brings the ones that love you most. 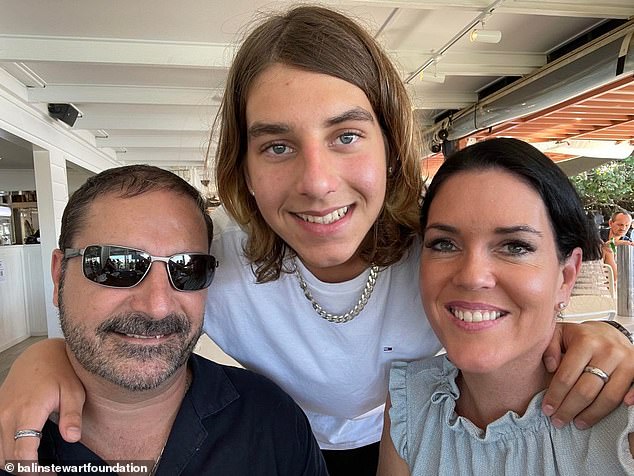 ‘If you don’t care about anyone else think about how your actions affect your family. If the tides were turned it would be just as damning on my family if it was our son who had taken a life.’

Mr Stewart said the part that gives his family some peace is learning of the impact Balin had on his friends and the wider community.

‘Balin was the kid that was incredibly popular and liked by everyone. What made us so proud is so many kids came to us and said you know Balin made me feel like I was his best friend,’ he said.

‘We had awkward kids come to us and say he was the only one that would talk to them, the cool kids loved him, he took care of everyone and that’s what makes us so proud to be his parents and hear all these stories.

‘We just want to get as many people as possible knowing about knife crime. We were shocked and never would have thought our son would have known someone that would carry a knife let alone lose his life to one.’ 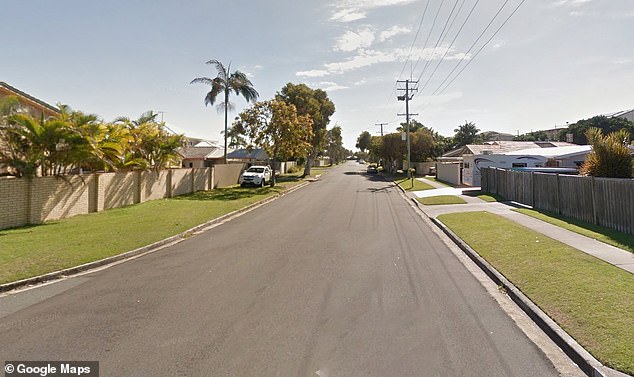 Emergency services were called to a house in Iluka Avenue, Buddina (pictured) at around 11.20pm on Thursday night to find a 16-year-old boy with a life-threatening-wound. The boy died at the scene and a 17-year-old boy has now been charged with murder

Family friend Ashah Brown told reporters at the scene of the incident that a dispute about an ex-girlfriend may have been the cause of the fight.

‘I’ve known him for years, he’s such a nice kid. He was so nice and everyone loved him and no one had no reason not to like him,’ Ms Brown said.

‘He was just that good of a person.’