A father-of-two who called a lesbian policewoman a ‘tattooed fat d***’ has been convicted for the hate crime after a judge accused him of ‘living in the Stone Ages.’

Louis Risley, 43, was said to have smirked as he verbally abused PC Shelley Quince-Black about her sexuality as she helped arrest him for loitering in someone else’s garden on April 12.

Back at the police station, PC Quince-Black relayed the homophobic insult as she gave Risley’s details to a senior colleague only for the suspect from Warrington, Cheshire, to retort: ‘Well you are though, aren’t you?’

The officer from Cheshire Police, who is in a same-sex marriage, was said to have been ‘taken aback’ and felt ‘disrespected’ by the comment. 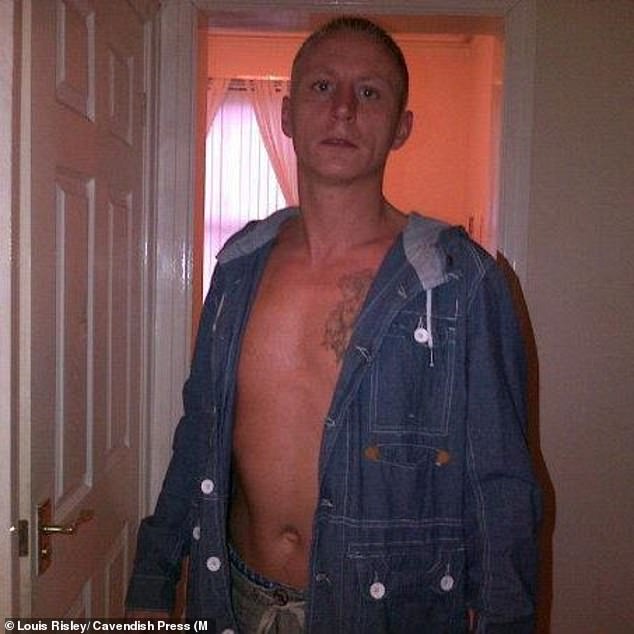 Risley (pictured) was convicted of hate crime after a judge accused him of ‘living in the Stone Ages.’ He was fined £150 in costs and a victim surcharge 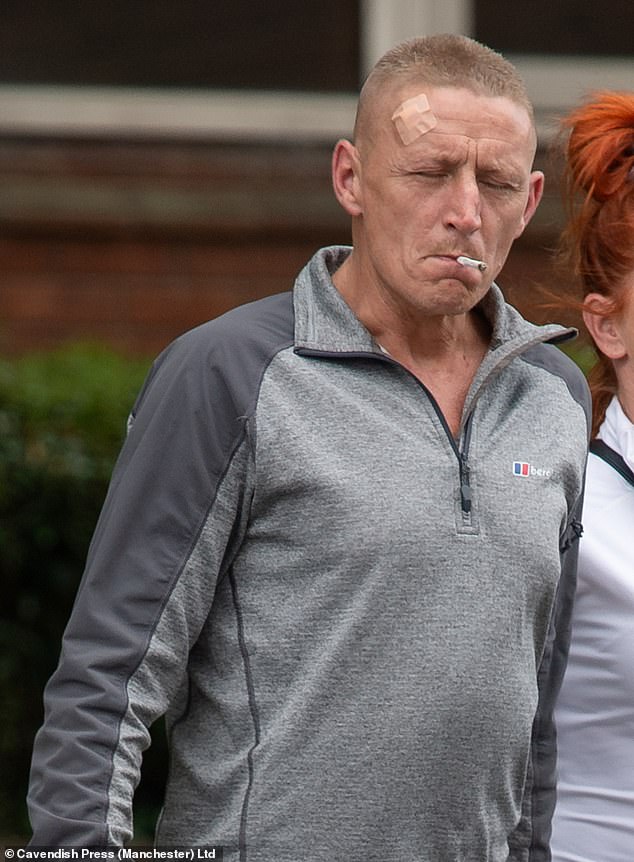 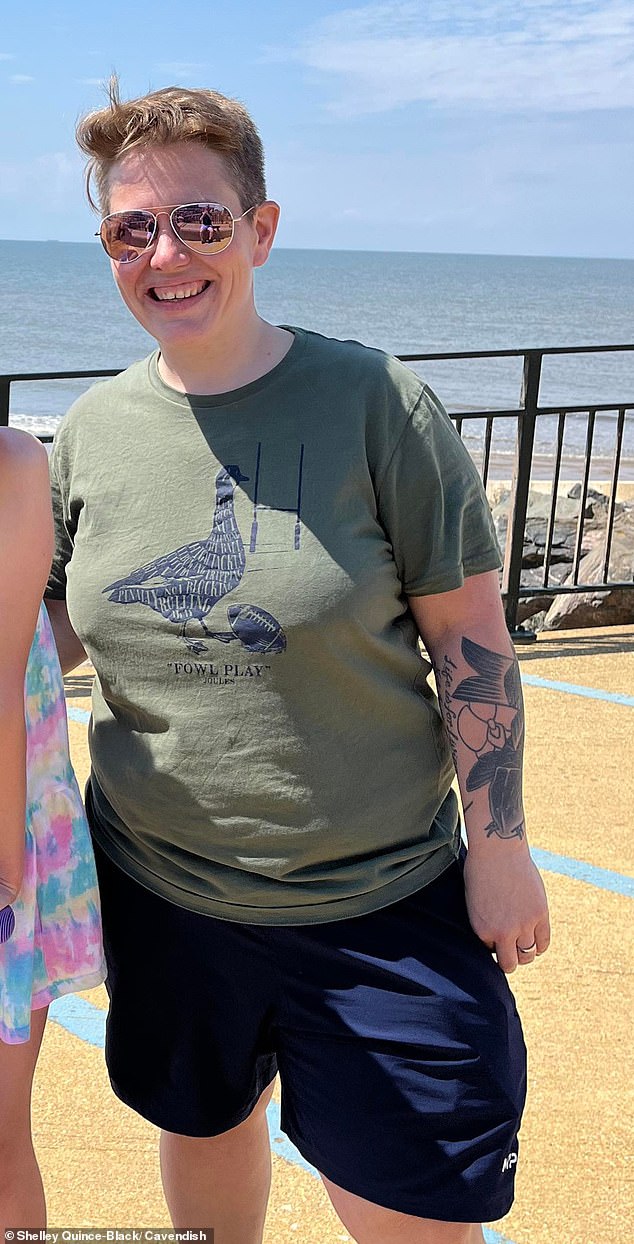 PC Quince-Black was called a ‘tattooed fat d***’ during the interaction with the man. She said she was ‘taken aback’ and felt ‘disrespected’ by the comment

In a statement she said: ‘I felt that he had no regard as to how it would affect me. He said it off the cuff as if he used it frequently.

‘I do not come to work to be victimised. I do not think that it’s appropriate to use that language in a public area.’

At Warrington Magistrates Court, Risley pleaded guilty to using threatening, insulting or abusive words or behaviour to cause harassment, alarm, or distress and was fined £150 in costs and a victim surcharge.

District judge Nicholas Sanders told him: ‘We are not living in the Stone Ages when people felt free to insult others due to their perceived sexuality, race or anything else.

‘It may have been acceptable some 40 or 50 years ago, but it is not now. You need to moderate your behaviour as an offence like this goes well beyond just words, it really does upset people.’

Earlier Ms Angela Blackmore, prosecuting, said the incident was a ‘homophobic hate offence’. She said officers were called to an address in Warrington, at 11.15pm on April 12. 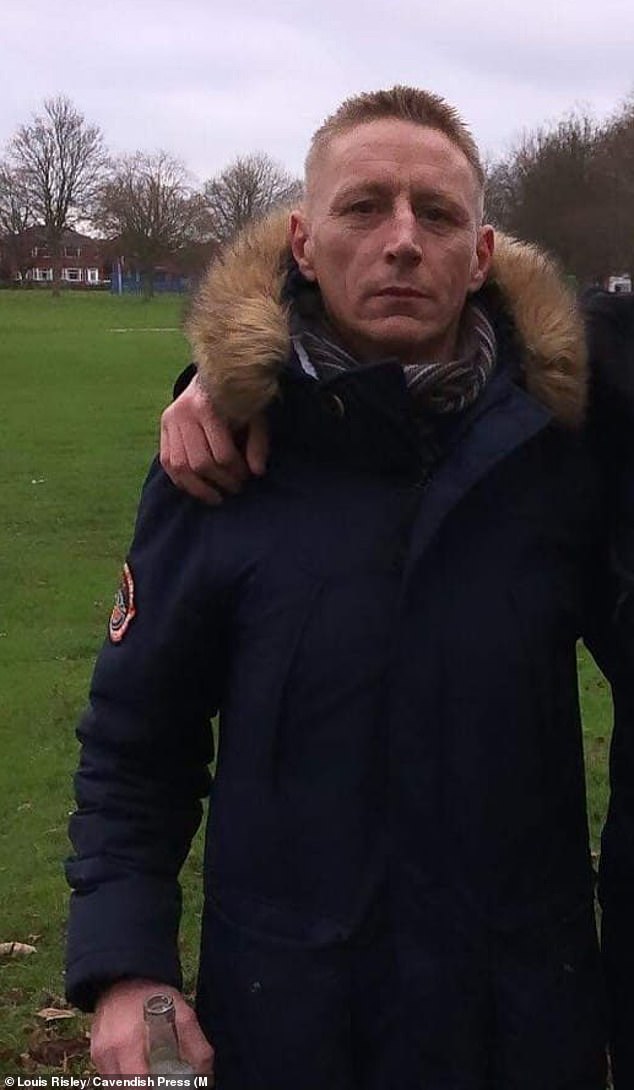 As he was leaving the dock, Risley (pictured) said: ‘I apologise, it was out of character’ 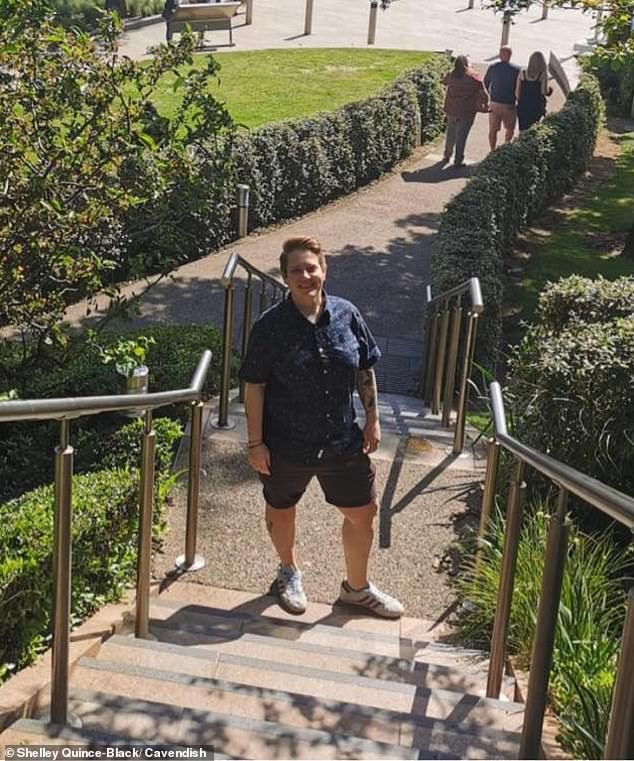 PC Shelley Quince-Black (pictured) said: ‘I do not come to work to be victimised. I do not think that it’s appropriate to use that language in a public area’

‘He was arrested and he began to swear at the officers, directing his attention at PC Quince-Black. When he was shouting he appeared to be intoxicated.

‘He was taken into custody. Whilst in the holding cell he calls PC Quince-Black ‘a tattooed fat d***’ – he appeared to find it funny and smirked.

‘The officer said she was taken aback. She felt personally attacked and found the comments derogatory, homophobic and offensive.

Mrs Blackmore said that when PC Quince-Black explained to the custody sergeant that Risley had called her a ‘tattooed fat d***’, the defendant further remarked ‘You are though, aren’t you?’

‘She felt disrespected by the defendant’s behaviour,’ the prosecutor said.

Risley had 32 previous offences on his record, dating from 1994 to 2018 for drugs, driving, dishonesty and violence offences. His last offence had been for driving and assault offences.

Asking for compensation, the prosecutor added that there needed to be an ‘uplift’ in the sentence due to the homophobic nature of the offence and she asked that the judge take into account that it was aggravated because the victim was an emergency worker.

In mitigation Risley’s lawyer Gary Heaven said: ‘My client has not been in trouble for four years and he has begun to acquire some wisdom following this matter.’

As he was leaving the dock, Risley said: ‘I apologise, it was out of character.’ No order was made for compensation.