Tom Hanks sparked concern among his fans earlier this month, as he appeared to be struggling to contain the shaking of his arm.

The 65-year-old is in the midst of a promotional whirlwind for Baz Luhrmann’s biopic of Elvis, in which Hanks stars as the singer’s manager.

Luhrmann, who was born in Sydney, arranged for an Australian premier to be held in the city of Gold Coast, 50 miles south of Brisbane, where the filming took place.

Austin Butler, 30, who stars as The King, was at the June 4 event, along with Hanks.

‘There is no better place in the world to make a motion picture than right here on the Gold Coast,’ he said, microphone in his right hand, and left hand in his pocket. 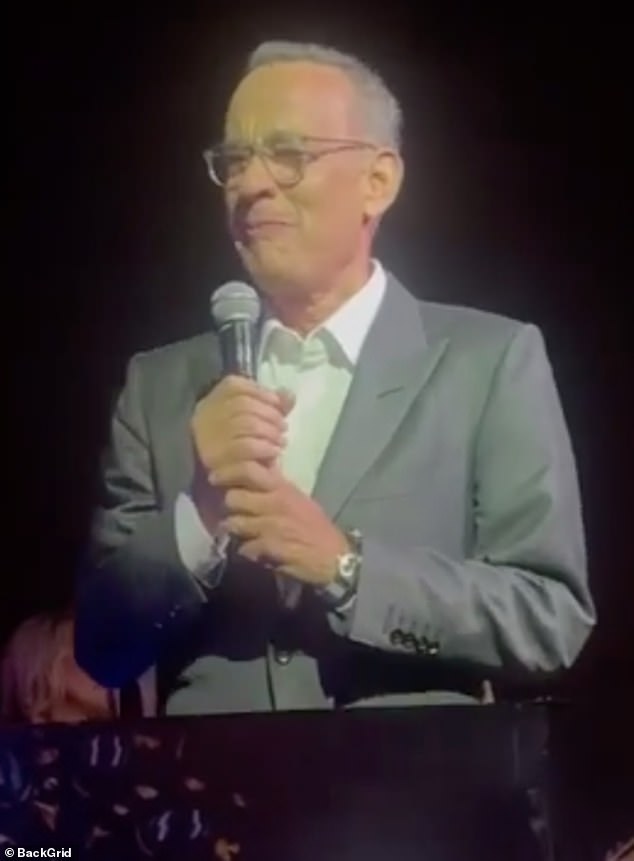 Tom Hanks, 65, is seen speaking on June 4 at the Australian premier of Elvis, in the city of Gold Coast. He clasped the microphone with two hands at one point, to try and stop the shaking 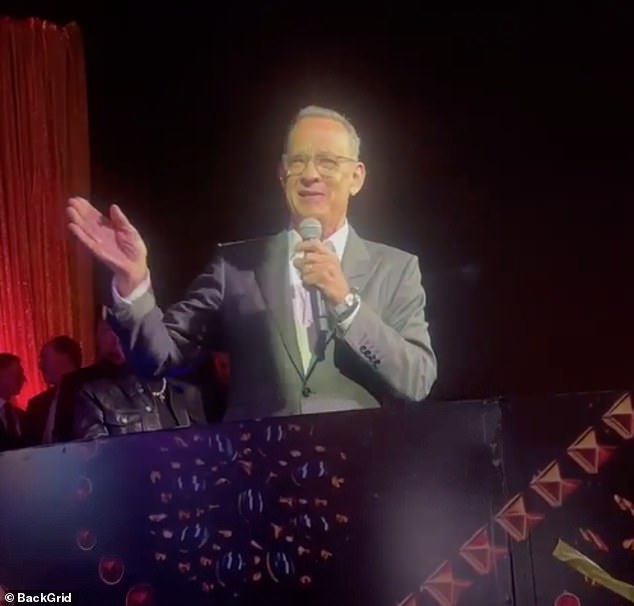 The two-time winner of the best actor Oscar, Hanks delighted the crowd in Gold Coast with his speech referencing filming in their city 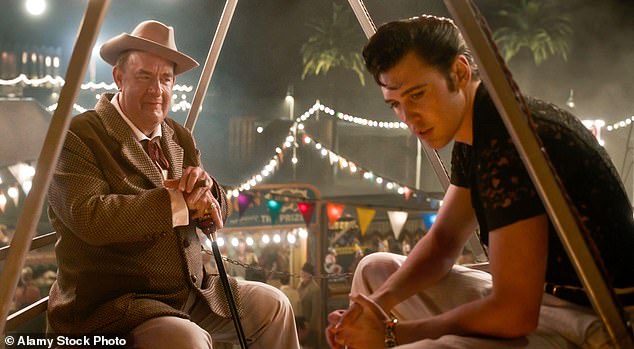 ‘I’ve shot films in Morocco and Los Angeles and New York City and Seattle and in Berlin.

‘None of them have what the Gold Coast have, and what is that? Two words. None of those other cities have Dan Murphy,’ he said, referencing the chain of liquor stores, Dan Murphy’s.

‘What a man, who I got to know quite well,’ he said, to applause.

As his hand shook, Hanks tried to control it, by placing his left hand at the bottom of the microphone, below his right. 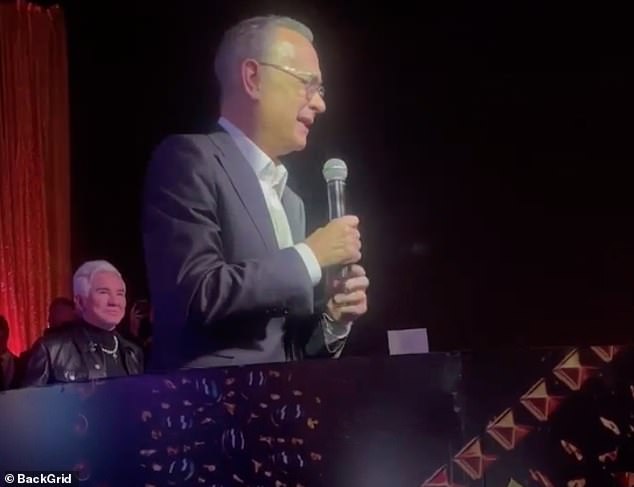 Luhrmann can be seen listening in as Hanks addresses the crowd in Gold Coast, 50 miles south of Brisbane 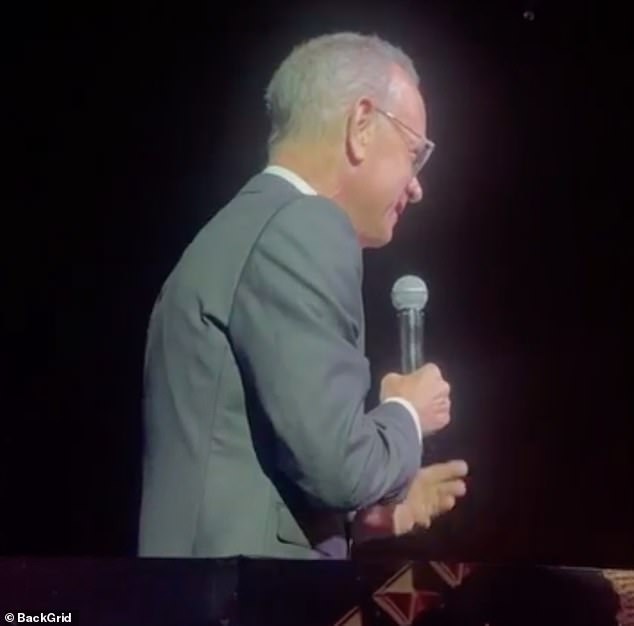 Hanks several times tried to put two hands on the microphone, to stop the shaking 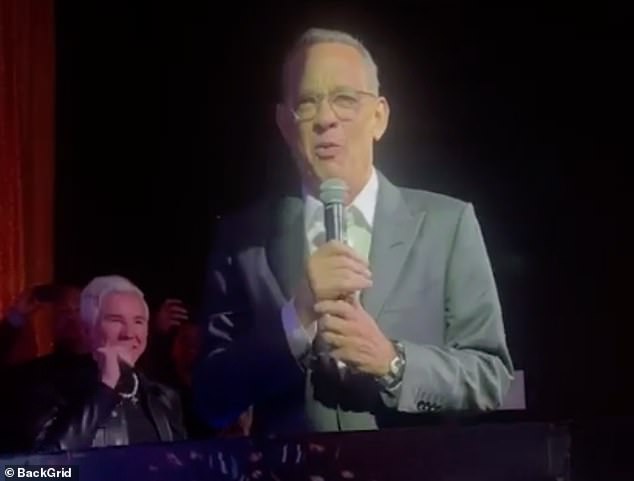 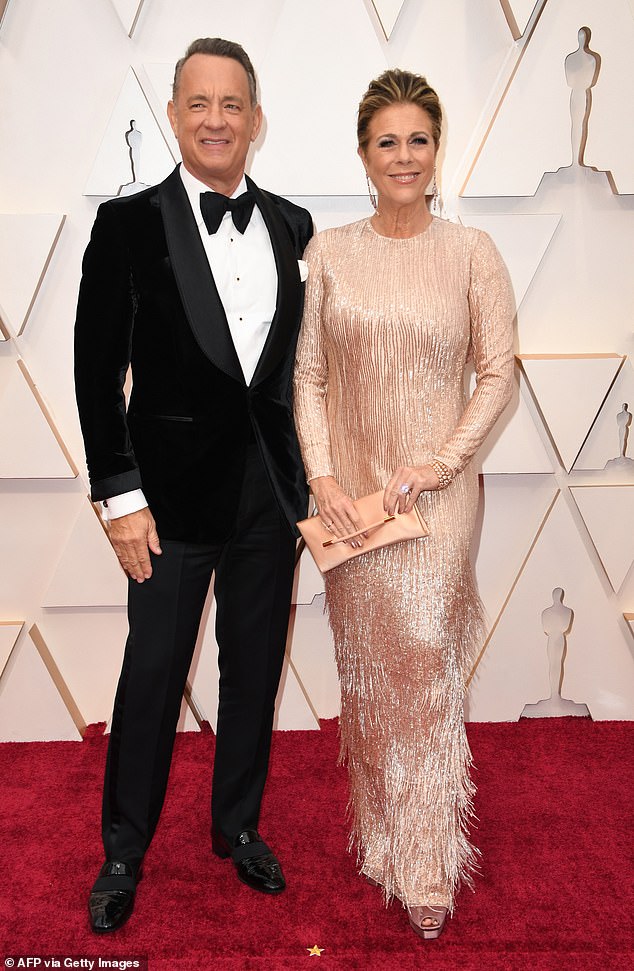 The audience did not appear to notice, however, as Hanks delighted them by declaring: ‘We had an absolutely magnificent time with you all.

‘There is something about the people and the place of the Gold Coast that makes everyone walk around with a confident look on their face. We were a part of that.

‘Your confidence, joy and zest for life comes through in our motion picture.’

He added: ‘You have a wonderful proactive golden son in Baz Luhrmann who loves Australia more than kangaroos, more than Dan Murphy.’

At one point, Hanks’s character, Captain Miller, tells Sergeant Horvath that the shaking ‘comes and goes.’

Horvath replies: ‘You may have to get yourself a new line of work. This one doesn’t seem to agree with you anymore.’ 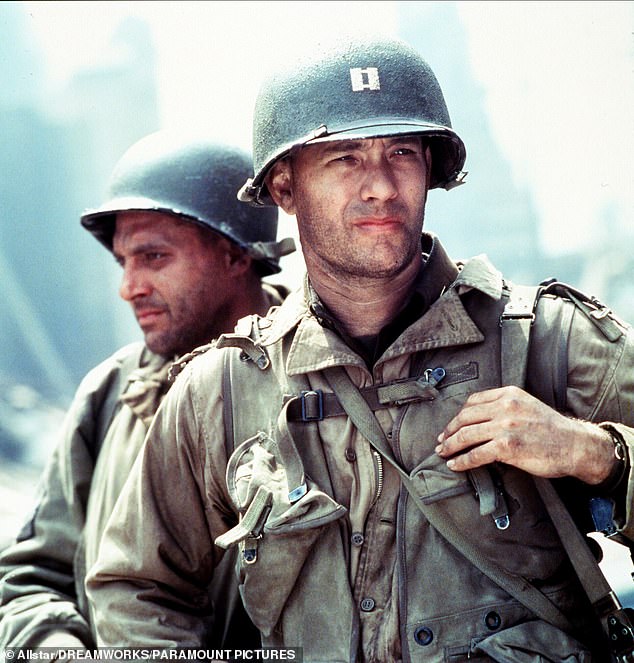 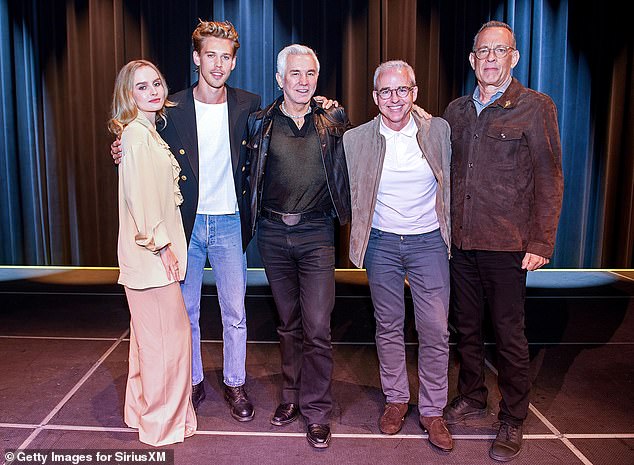 Following the Australian premier, Hanks flew back to the United States, where the film was screened at Graceland on June 11.

‘I was quite young, but I still remember my father’s energy and his vibe.

She said Butler’s success in the role was a contrast to previous attempts at Elvis onscreen.

‘In my life, it’s been one disappointment after another, in terms of people portraying my father.

‘Bless their hearts, I’m sure they meant well.’