By Neil Sears for the Daily Mail

Immigration barristers have delayed the first asylum seekers’ flight to Rwanda until November – and possibly next year.

A number of charities, a trade union, and individual migrants who crossed the Channel by dinghy or hidden in lorries, are together contesting the policy of deporting ‘irregular’ refugees to Rwanda.

Those who arrive by clandestine means are supposed to be flown to Africa to seek asylum there.

But a ruling in June by a single night duty judge at the European Court of Human Rights halted the first flight. 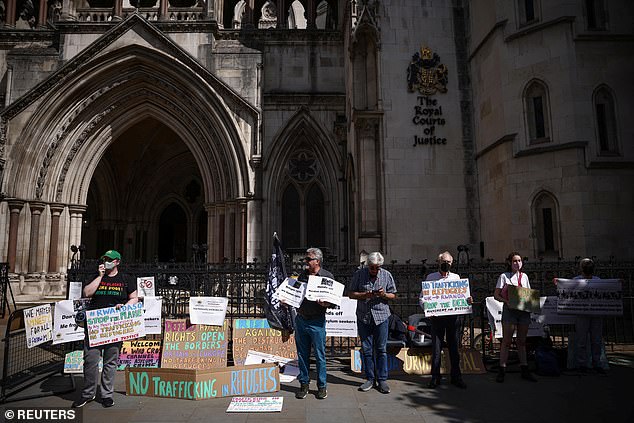 A judicial review of the policy was due to conclude today but barristers fighting the Home Office successfully adjourned the hearing after raising fresh concerns over human rights.

Yesterday, the High Court judges hearing the case at London’s Royal Courts of Justice ruled that the challenges to the flights will be heard at two hearings, the first in September and the second in mid-October.

The judgments will be delivered together, possibly weeks later.

Even if the rulings are in favour of the Government scheme, appeals could then push back the first flight to 2023. 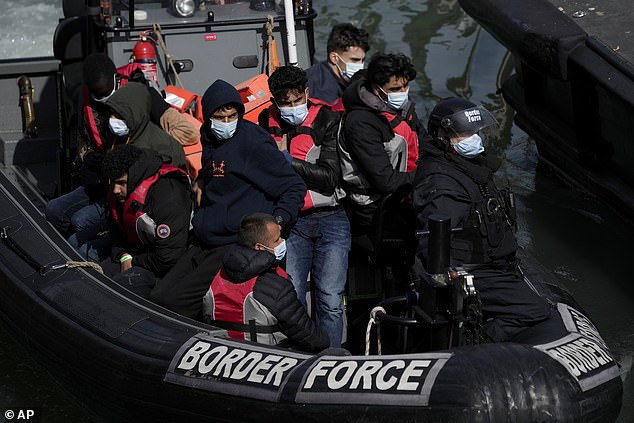 Channel drone is catch of the day

A fisherman had an unusual catch after a hi-tech drone designed to scour the Channel for migrants ‘malfunctioned’.

It was towed to port, as figures revealed more than 15,000 small boat migrants have already crossed to Britain this year.

The skipper declined to comment, but a Dover local said: ‘He found the drone floating in the sea and tied it to his boat and brought it back to harbour.’

The Home Office said it was aware of an incident involving a drone on July 5 and added: ‘It was recovered and the malfunction has since been corrected.’