Friends and sources close to actress Jennifer Garner said they were angry with ex-husband Ben Affleck for blaming her for his alcoholism.

The 49-year-old actor, talking to Howard Stern on Tuesday, claimed he was ‘trapped’ in an unhappy marriage to Garner, which pushed him to drink excessively.

‘Jen stood by him because she loves him. This is the mother of his children.’

‘Jen has been the only one picking him up time and time again when he’s done horrible things — fallen off the wagon or worse. Jen stood by him because she loves him.’ 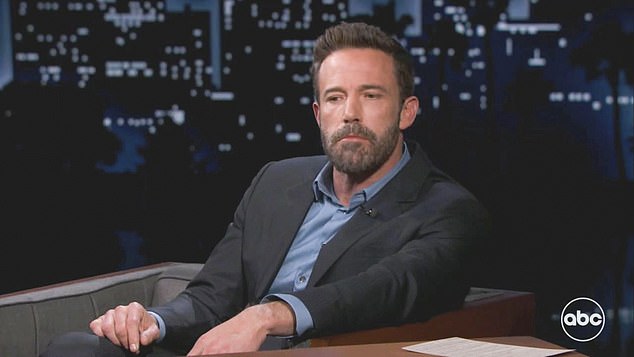 Ben Affleck stood by his interview with Howard Stern, in which he said he turned to drinking because he wasn’t ‘happy’ during his marriage to Jennifer Garner. He claimed the media has spun things around to make it seem like he was blaming her 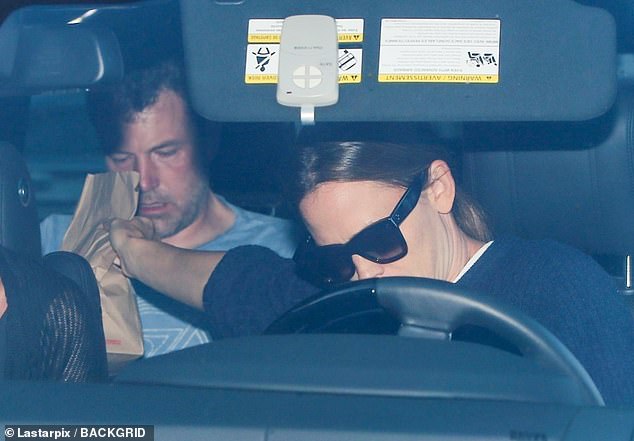 Driving him to rehab: Garner, 49, split from Affleck in 2015, however she was famously pictured taking him to get fast food before dropping him off at a treatment center in 2018 (pictured) after he agreed to seek help for a third time for his alcoholism

Another source close to Garner told Page Six that they were disappointed with Affleck’s decision to blame someone else for his addiction.

‘Anyone who knows addict behavior knows how untrue those comments could be for any addict, but particularly Ben,’ the source said.

‘It’s one of the first tenets of AA not to place blame for your disease.’

Friends of Gardner added that she has been a constant anchor in Affleck’s life and quietly vetted his girlfriends, including Jennifer Lopez.

They added that she has never spoken bad about her ex. Garner was married to Affleck from 2005 to 2018, but they separated in 2015.

Affleck, on the other hand, made the eyebrow-raising remarks during an appearance on The Howard Stern Show, when he stated that he ‘probably still would’ve been drinking’ if he hadn’t separated from Garner in 2015.

Affleck, who has three children with his ex-wife, told Stern: ‘Part of why I started drinking was because I was trapped.

I was like, ‘I can’t leave because of my kids, but I’m not happy, what do I do?’ And what I did was [I] drank a bottle of scotch and fell asleep on the couch, which turned out not to be the solution.’ 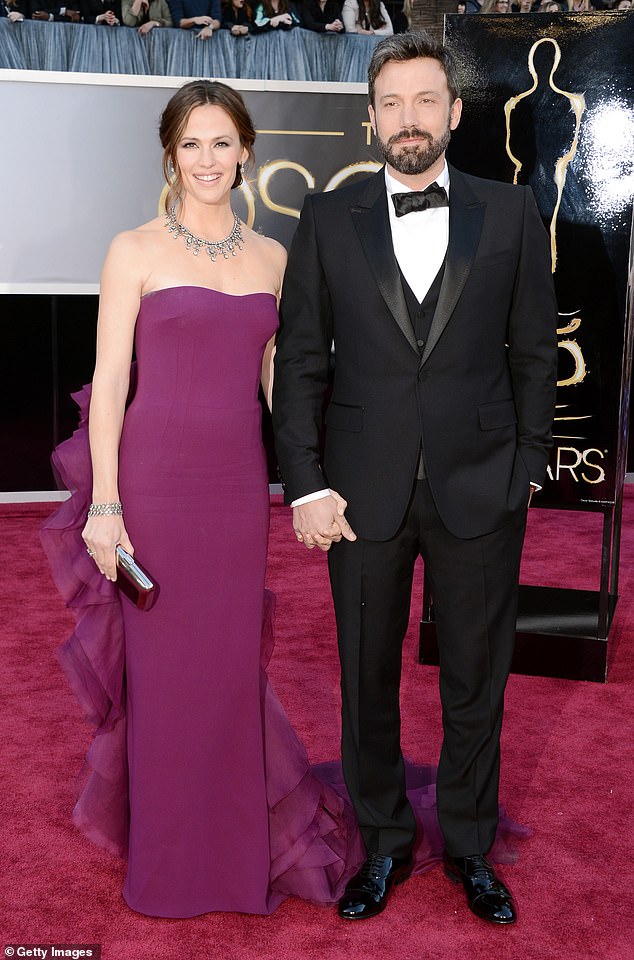 Garner was married to Affleck from 2005 to 2018, but they separated in 2015. Friends said she remained a supportive presence in Affleck’s life and approved of his future relationships

Disapproval: ‘You blame your ex wife for drinking? You were a drunk before you married her!’ tweeted out one impassioned Twitter user, with several others demanding him to take ‘responsibility’ for his own actions

Blame game: Mirroring earlier tweets, another disgruntled fan wrote: ‘@BenAffleck sounds like your blaming your ex-wife for your drinking! Scumbag!’

Following the Stern interview, several fans and critics lambasted Affleck on social media for the comments, which many interpreted as him blaming Garner for his relapse with drinking.

One disgruntled fan wrote: ‘@BenAffleck sounds like [you’re] blaming your ex-wife for your drinking! Scumbag!’

Another Twitter user with the handle name Yeah Yeah wrote, ‘You  blame your ex wife for drinking? You were a drunk before you married her!’

Lopez is also reportedly not happy, with a source telling Page Six that the Marry Me star is ‘p**sed’ at him.

”[Lopez] is p**sed. She is getting pulled into this because she is dating him. She doesn’t want to be dragged into this,’ the source said.

‘She has met Jennifer Garner. She is trying to get to know her and Ben’s kids. It’s reckless and cavalier of him.’

But another source told the website, ‘This is simply not true and the focus is on the children.’ 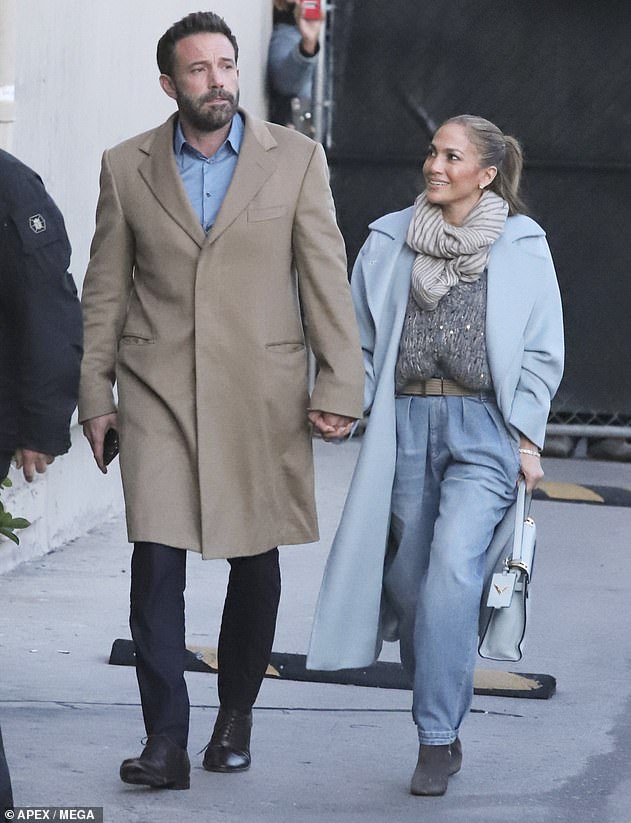 United front: Ben Affleck, 49, held hands with his girlfriend Jennifer Lopez, 52, as they arrived for the taping of Jimmy Kimmel Live! in Hollywood on Wednesday

Affleck never explicitly pointed the finger at Garner — whom he complimented on her parenting — during the conversation with Stern, and he appeared to suggest the two were simply over the long term.

‘I knew she was a good mom. I always hoped that she knew that I was a good dad; I knew I was,’ he told Stern. ‘I had to get sober, and I knew that too and I acknowledged that.’

It was the couple’s children — Violet, 16, Seraphina, 12, and Samuel, nine — who kept them together as long as they were. 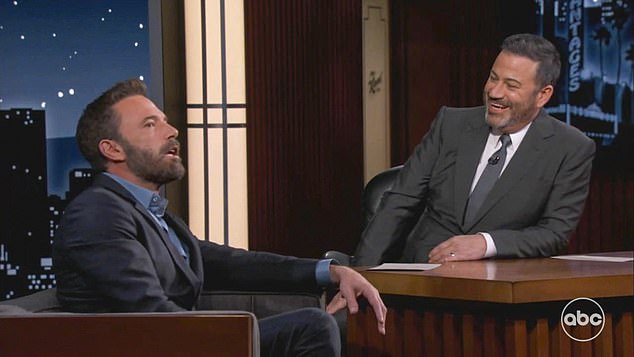 On Wednesday, Affleck appeared on Jimmy Kimmel Live where he appeared keen to address the backlash over his comments and insisted it ‘hurt his feelings’ that his comments about Garner were taken out of context.

‘It hurts my feelings.’

A source who knows Affleck told Page Six in his defense: ‘I do think that the quotes have been taken out of context, if you actually listen to the interview he says everything in a different context.’

However, the industry insider said, ‘He didn’t need to act like he was talking to his shrink.’

Affleck told the chat show host that his interview with Stern the day before was, ‘really cool, like long-form, in-depth,’ but he wasn’t ready for the ensuing backlash.

‘We talked a lot about my family, you know, alcoholism, struggling with real things, how you have to be accountable and loving, how I work with my ex-wife, how I’m so proud of the way we work together for our kids, the best that we can for them.

‘I was thrilled,’ he told Kimmel about his appearance on Stern. ‘I thought, ‘Wow, I should do more honest, exploratory, self-evaluating things.’ Then I start seeing all this stuff come up on Twitter. And I was like, what is this?’

He added was furious that the media had reportedly twisted his words and made him appear as though he was criticizing his ex.

‘I saw one of these websites had done the click bait thing – ‘You won’t believe what he said, click on this, come to our site.’ I looked on it, and they had literally taken the conversation that I had had for two hours and made it seem as if I was saying the exact opposite of what I had said.’ 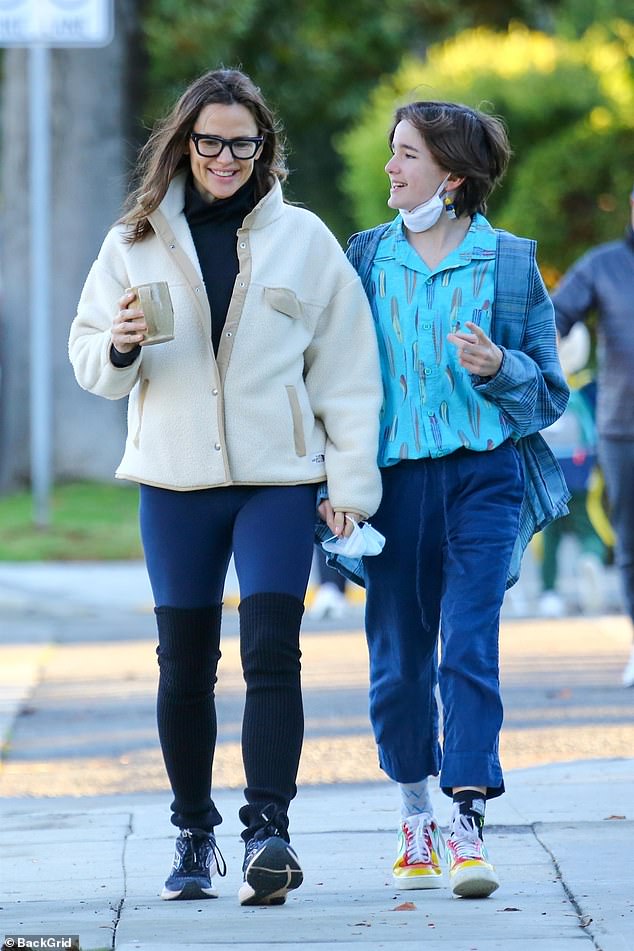 Brave face: Jennifer Garner has been pictured out after ex-husband Ben Affleck landed himself in hot water on Tuesday, for saying he felt ‘trapped’ in their marriage (Pictured with their daughter, Seraphina, 12, on Wednesday) 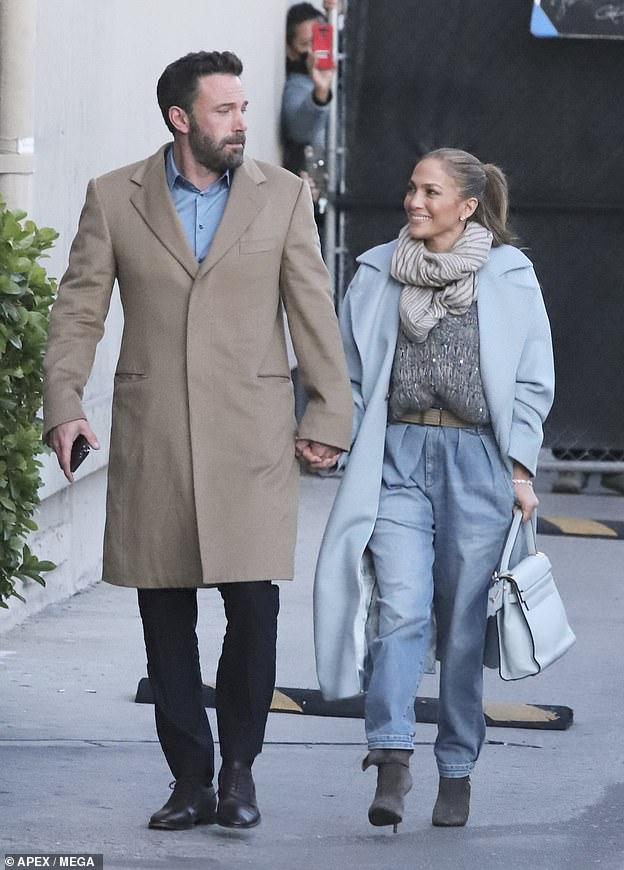 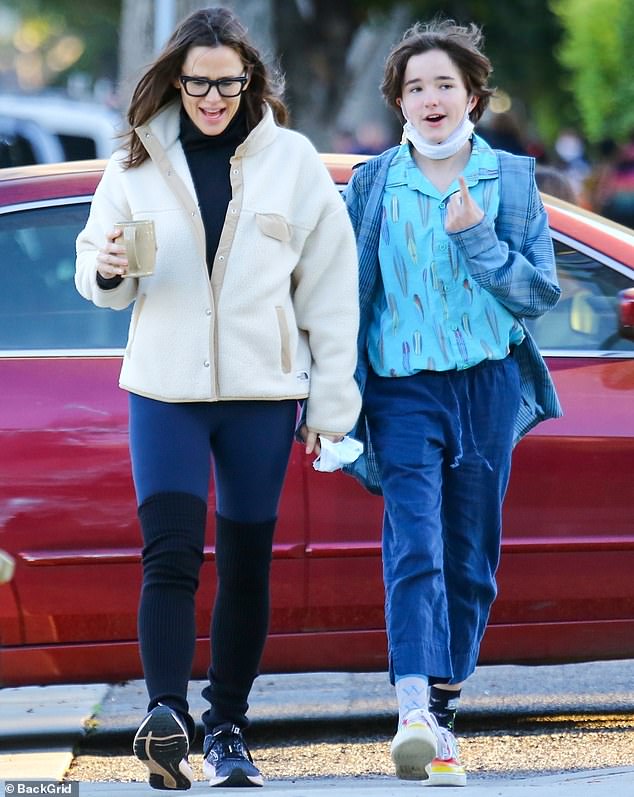 Heat: the actor’s candid comments have sparked a firestorm on social media, where users accused Affleck of trying to ‘blame’ his alcohol issue on Garner

‘I sort of researched through and saw one of these websites had done the click bate thing, ‘You won’t believe what he said, click on this, come to our site.’ I looked on it, and they had literally taken the conversation that I had had for two hours and made it seem as if I was saying the exact opposite of what I had said,’ he told Kimmel.