From flab to fab! See the extraordinary weight loss of man associated with members of the notorious Alameddine crew

An associate of members of the notorious Alameddine crew has had lap band surgery to shed a serious amount of weight.

Sydney based Trent Jeske, 23, is now sporting next to no stomach fat – and only has one chin.

The now less rotund figure is currently on bail for a raft of charges, including possessing an unauthorised firearm, affray and breaching Covid restrictions during the pandemic.

His home was raided by NSW police in September last year.

Jeske is also alleged to have been in a brawl at an address on Osgood St in Guildford in Sydney’s west on September 5. 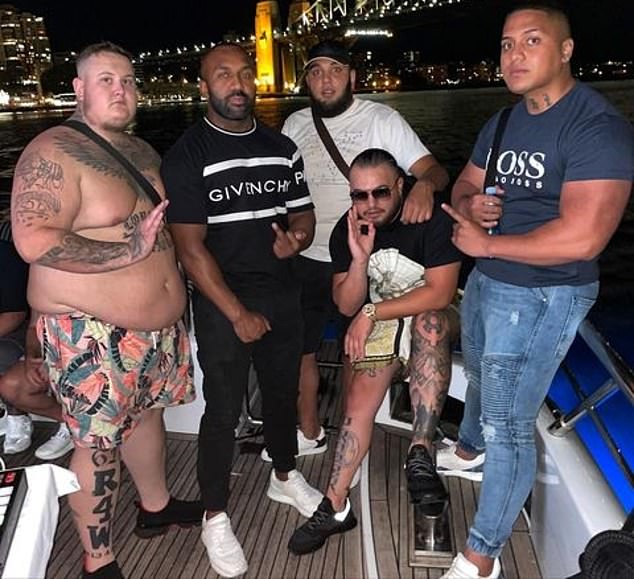 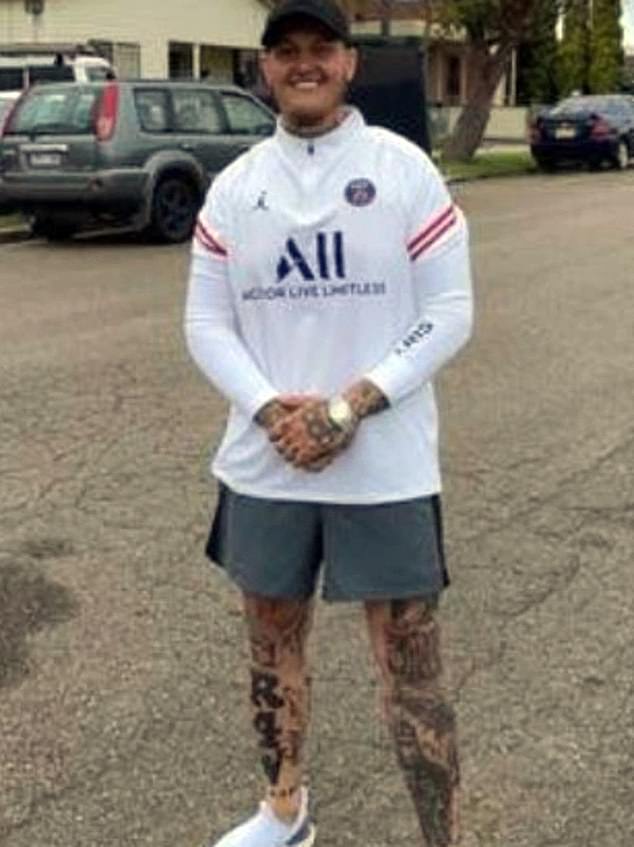 An alleged associate of members of the Alameddine crew, Jeske (pictured after his surgery) is currently on bail for a raft of charges, including possessing an unauthorised firearm, affray and breaching Covid restrictions during the pandemic

According to the Daily Telegraph, police allege the fight unfolded after an associate of the Alameddines wouldn’t talk about one of their neighbours, believed to be Salim Hamze.

Hamze was then killed on October 19 with his father Toufik outside their family home as the pair went to work.

Neither Jeske or any Alameddine associates are alleged to be involved in the double murder.

The high profile Sydney family has been in an ongoing feud with the rival Hamzy family which has resulted in a string of killings, including the deaths of senior underworld figures Mejid Hamzy and his cousin Bilal Hamze.

Mr Hemzy, the younger sibling of Brothers for Life founder Bassam Hamzy, was gunned down at Condell Park in 2020 due to the belief he had stolen a large quantity of drugs destined for the Australian market.

Both were charged with murder, with police alleging both men shot Hamzy at Condell Park in 2020.

Bilal Hamze was murdered in Sydney’s CBD in June 2021.

Police described the execution as ‘brutal’ following the drive-by shooting.

Before he was allegedly murdered, Mr Hamze ignored a tip-off from police that his life was in danger.