Music fans have been left fuming as they are still unable to access Paul McCartney’s headline performance from the Pyramid Stage at Glastonbury last night on BBC iPlayer – almost a full 24 hours after his gig.

Mr McCartney performed a packed show beginning at around 10:30pm last night (June 25) to thousands of eager fans at the festival which concludes tonight.

But those unable to make it to the show are asking why his set is not yet available to watch on the BBC’s catch-up site, despite the majority of other sets already being available.

The BBC iPlayer’s Twitter account replied to one frustrated fan this afternoon and said they would be able to watch the set in the next couple of hours – but five hours later it is still not playable.

Would-be viewers expressed disappointment online after trying to watch the gig with family and friends and not finding it. 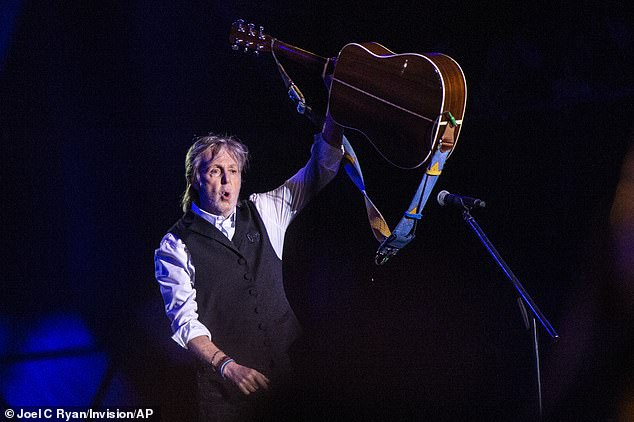 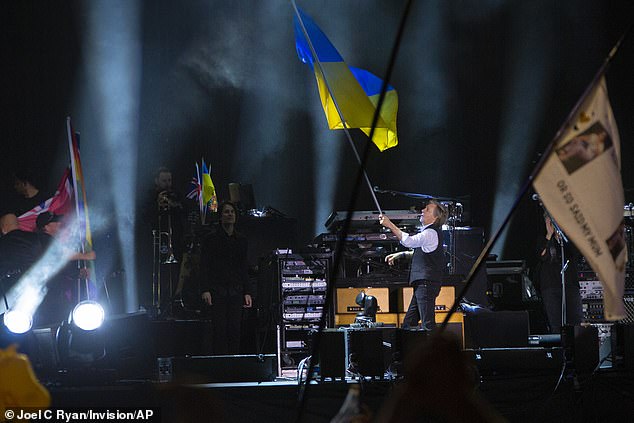 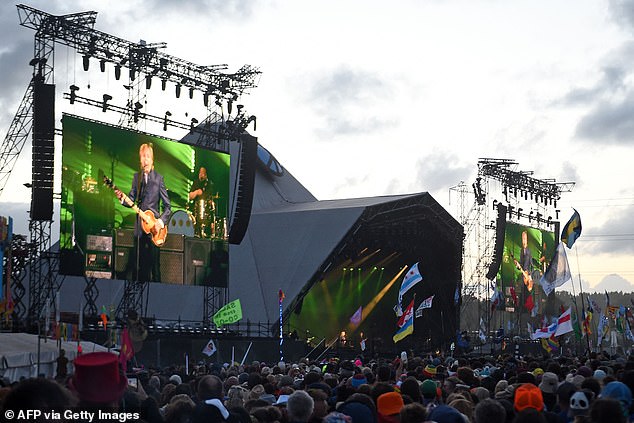 Paul McCartney, 80, appeared at Glastonbury for the first time in 18 years to a huge reception

Social media users were left ‘disappointed’ and frustrated by the situation, with one saying it is ‘doing my head in’.

Another fan said it was ‘bizarre’ that McCartney’s set was still not on iPlayer given he headlined the festival’s biggest stage on one of it’s busiest nights.

The 80-year-old Beatles legend made headlines for waving the Ukrainian flag during an encore performance at the end of his act in solidarity.

The country is currently gripped in the middle of a war with Russia, which Russia refers to as a ‘special military operation.’

Paul’s historic Glastonbury set was lauded by fans as the music legend wowed with his vast medley of hits, just a week after celebrating his 80th birthday.

Taking to the stage for his first performance at the festival in 18 years, Paul performed hits ranging from his Beatles heyday to his time with the band Wings.

To no surprise Paul’s set earned an overwhelmingly positive reception from viewers, with many taking to Twitter to share their reaction.

One wrote: ‘Anyone criticising Paul McCartney tonight can f**k right off, he’s 80 and is most culturally important bloke this country has produced in a hundred years, he’s beyond critcism, so b****x off.’

But viewers on the BBC also reported issues last night as they were unable to watch the whole set live.

A spokesperson for the BBC said: ‘This year we are delighted to bring audiences our most extensive coverage of Glastonbury to date. 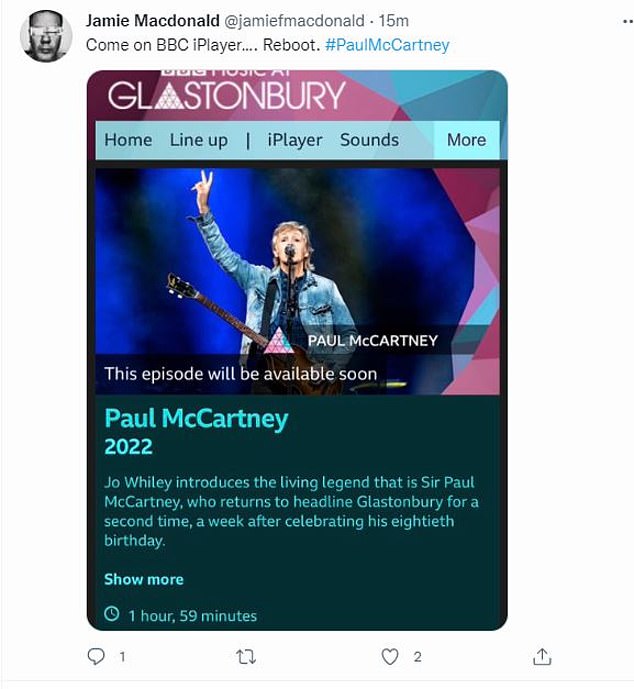 ‘Paul McCartney’s much anticipated set was broadcast on BBC One at 10.30pm as well as on Radio 2 and will be available on BBC iPlayer and BBC Sounds.

‘Due to the complexity of broadcasting an event of this scale and the volume of performances we cover, there is sometimes variation between the transmission of performances and their availability on BBC iPlayer.’

Paul McCartney took to the stage following a stream of huge names in the music world, including Billie Eilish who, at 20, became Glastonbury’s youngest ever solo headliner this weekend.

Meanwhile Mr McCartney himself became the oldest ever headliner – with fans raving about his performance and gushing about his incredible singing abilities. 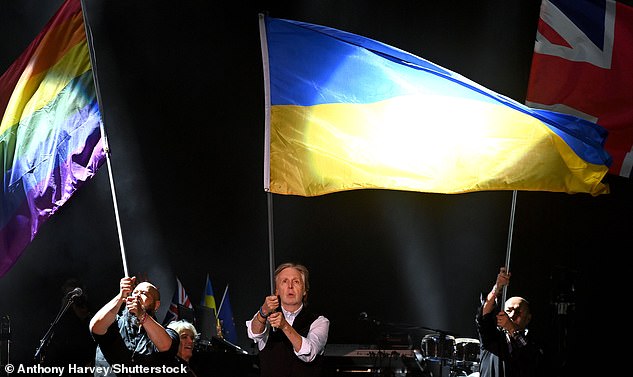 Paul McCartney orchestrated his performance so that the Union Jack, Ukrainian and Pride flags were all waved at the same time

Other significant appearances have included Noel Gallagher, Kendrick Lamar and Olivia Rodrigo, who used her set to protest against the US Supreme Court’s recent decision to overturn the Roe v Wade ruling, which enshrined abortion as a constitutional right.

During his performance, singer-songwriter Paul was able to duet with his late bandmate John Lennon on The Beatles’ 1970 single I’ve Got A Feeling thanks to hi-tech wizardry from movie director Peter Jackson.

Following the heartwarming segment, which heard John’s vocals isolated from the rest of the band, he admitted: ‘That is so special for me. I know it’s virtual. There I am singing with John again, we’re back together.’

Sir Paul welcomed Dave Grohl in performing a string of chart-toppers together – including Band On The Run – before introducing another special guest, Bruce Springsteen, to the Pyramid Stage.