Gambino crime family associate, 62, is found guilty of shooting his friend of 30 years dead execution-style after he refused to return $750,000 he was holding for ‘safekeeping’ and also robbed him of luxury watches

A Gambino crime family associate was found guilty of killing his friend of 30 years execution-style after refusing to return the $750,000 he was ‘safe-keeping.’

Anthony Pandrella, 62, of Brooklyn, was convicted on all counts in a federal NYC court on Tuesday for killing his longtime friend Vincent Zito, 77.

He now faces life in prison with at least a mandatory 10 years, the Justice Department announced in a statement.

‘Today’s verdict has found that the defendant is a cold-blooded killer who shot his elderly friend in his home, execution-style with a bullet in the back of the head, to avoid returning a large sum of money he was holding for the victim,’ US Attorney Breon Peace said in a statement.

Peace also said the Pandrella stole ‘luxury watches’ from Zito’s ‘loansharking business,’ that he was apparently holding as ‘collateral’ for a customer’s loan.

In addition, Zito, who has connection to the Lucchese crime family, had given Pandrella $750,000 to ‘safe-keep’ after his friend told him was ‘hot,’ indicating the police were coming on to him. However, when Zito tried to rightfully reclaim his money, Pandrella failed to return it. 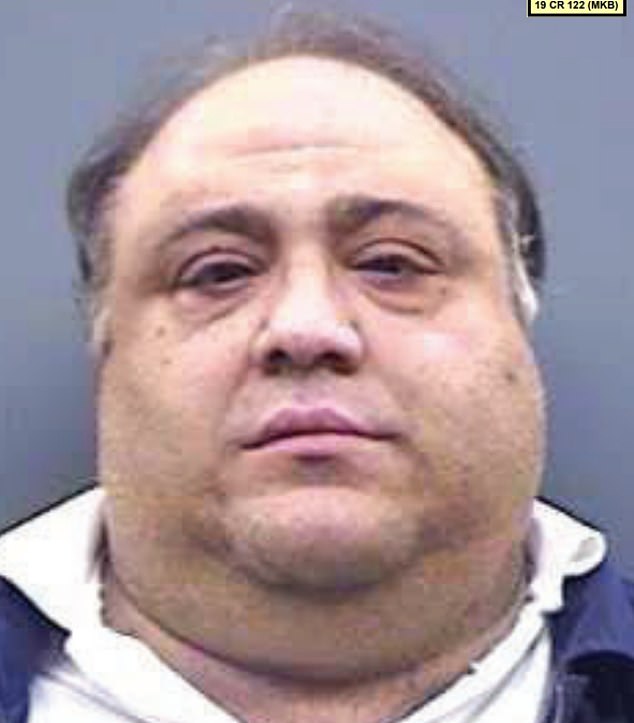 Anthony Pandrella, 62, of Brooklyn, (pictured) was convicted on all counts in a federal NYC court on Tuesday for killing his longtime friend Vincent Zito, 77. He now faces life in prison with at least a mandatory 10 years, 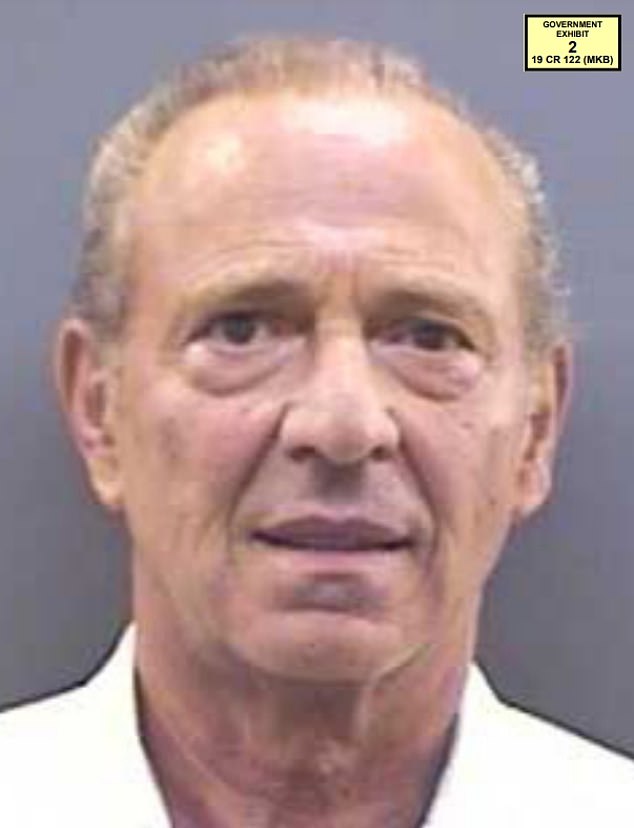 Zito (pictured) was reportedly angered by Pandrella’s claim that the money had disappeared and was overheard at a restaurant threatening to kill him. He had loaned Pandrealla the money after he had told him he was ‘hot,’ meaning the police were potentially onto his shady business

Two witnesses revealed during the three-week trial that Zito was furious with the Brooklynite over the money and had threatened to kill him, the New York Daily News reported.

Pandrella had told Zito that the money had disappeared from his basement. He did, however, end up giving Zito $300,000 after selling property, the NYDN reported.

The day he killed Zito, the mobster was supposed to finish paying off his debt.

On October 26, 2018, the gangster would arrive at Zito’s Sheepshead Bay home and shoot him in the head at ‘close range.’

Pandrella was seen leaving the property on grainy surveillance footage at the time of the murder. When he arrived to his own home, security footage showed the gangster changing his clothing and removing the passenger’s side floormat from his car ‘so it could be cleaned.’ 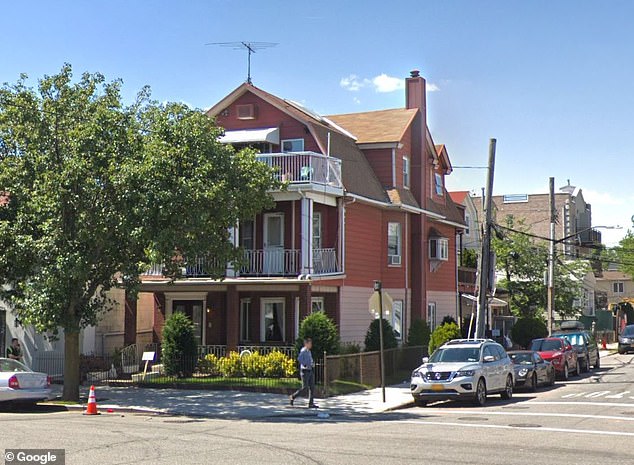 Zito’s body was found by his grandson, 11, when he returned home from school, the US Attorney’s Office of the Eastern District of New York said.

The firearm was found next to Zito, who was laying face-up, and it is believed that Pandrella set it up to look like a suicide.

The murder weapon was collected at the scene and was covered in Pandrella’s DNA, the Attorney’s Office said in a statement.

The gang member will be sentenced on September 16. 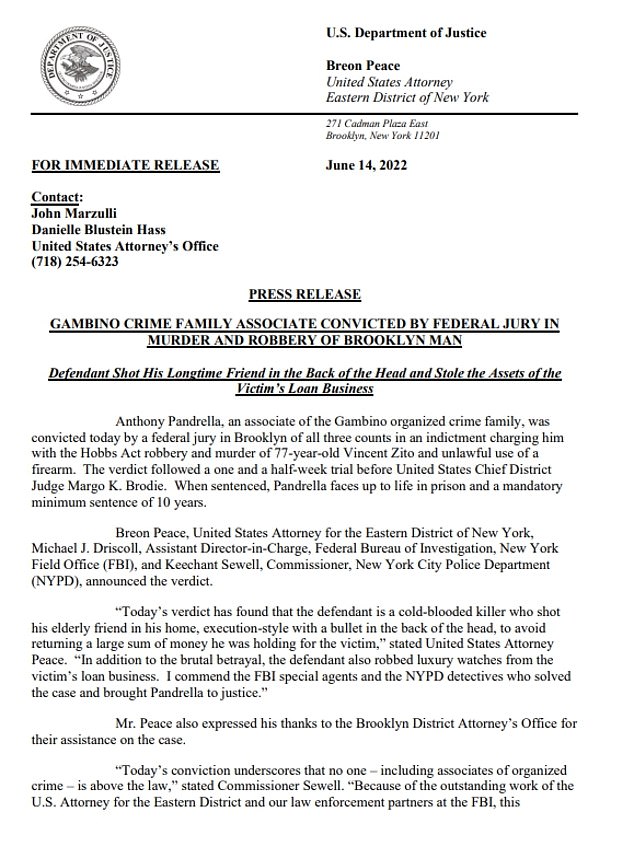 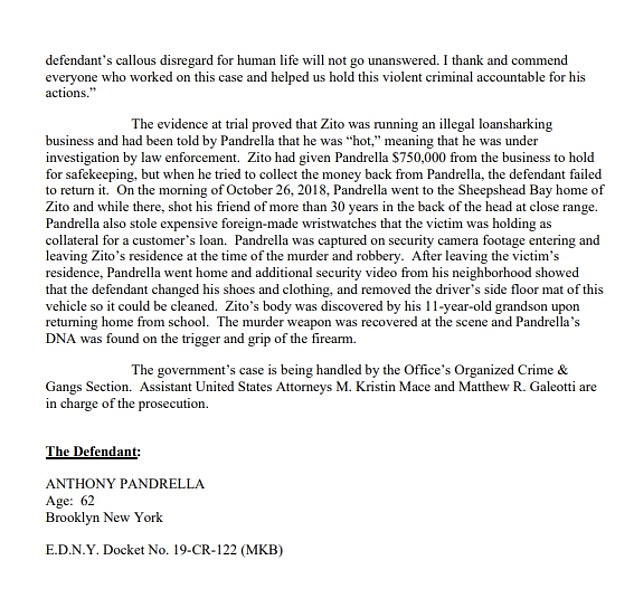