A crime kingpin’s dream to buy a sprawling ranch-style home for his girlfriend has ended in heartbreak after the couple were hit with drug trafficking charges, forcing them to forfeit the hefty deposit.

Antoinetta Mannella, the partner of underworld kingpin George ‘Cross’ Marrogi, bought a $2.9million house on the outskirts of Melbourne just a month before the couple was pounced on by police.

A court heard this week the couple’s dream to own the sprawling estate in Mickleham was over thanks to the police sting and the deposit had been forfeited.

The Australian Federal Police told the court it had dropped its restraining order on the home – related to the proceeds of crime act – after learning Ms Mannella’s purchase had already fallen through.

Ms Manella and Marrogi were hit with high-level drug trafficking charges in April, a month after she put the deposit down on the property.

The now-forfeited deposit, given in March, was in the six figures, the Herald Sun reported.

The home is back on the market with a similar asking price of between $2.8million and $2.95million. 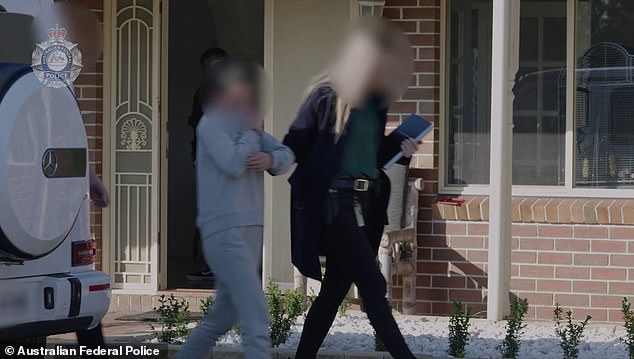 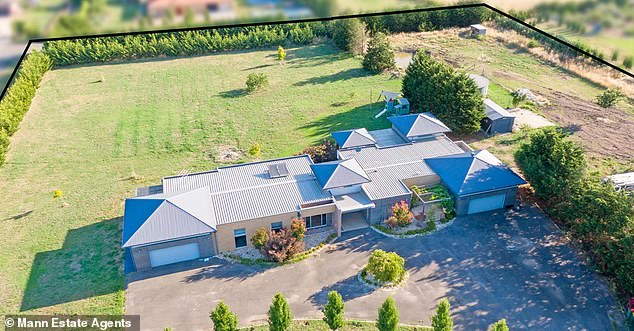 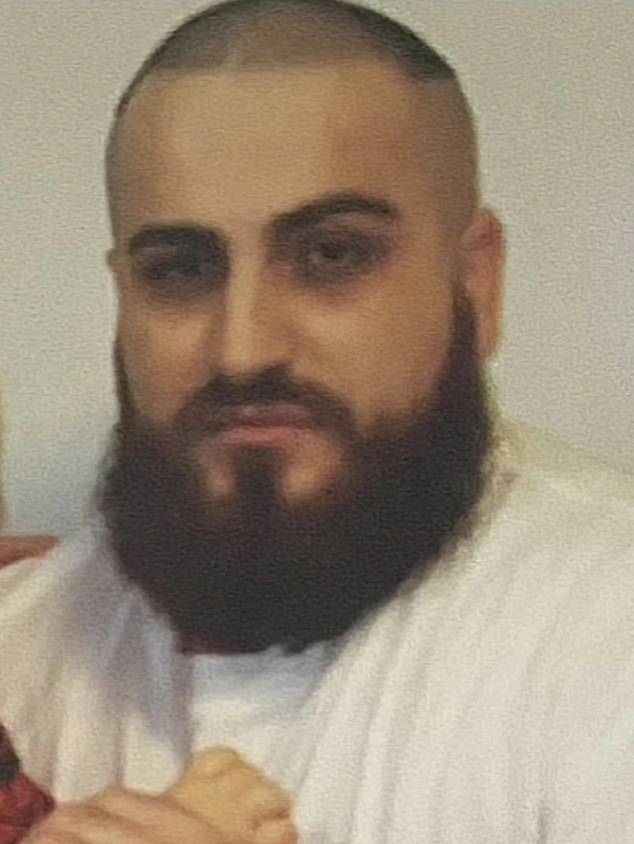 George Marrogi, 33, was sentenced in April to 32 years in jail over the murder of Kadir Ors

The median house price in Mickleham is around $646,500 according to Corelogic data.

Luxurious lawn sweeps from the enormous front and back rooms of the property.

It also boasts a six-seat in-home theatre which the crime boss’s glamorous partner now won’t be able to enjoy.

It is also unlikely the pair will ever make use of the Rangeview Close pad’s wall-papered home office, though it features spectacular north-facing, floor-to-ceiling glass doors to gaze out whilst ordering commercial-quantities of illegal drugs.

The pavilion home also sits on two and a half acres of property.

The details of the Australian Federal Police operation were made public after charges were laid on the pair.

The full extent of the operation involved coordinated efforts from Corrections Victoria, local police, the border force and the Royal Malaysian Customs department.

Raids, which led to the arrest of Ms Mannella, also saw police seize other luxury items including a rare gold and black Harley Davidson Night Rod, a jet ski and a white Mercedes G-wagon parked out the front of the home Ms Manella was arrested at.

Details of Ms Mannella’s alleged involvement in the large-scale drug importation also surfaced at the time, with police accusing her of following instructions given to her by her partner from a prison phone. 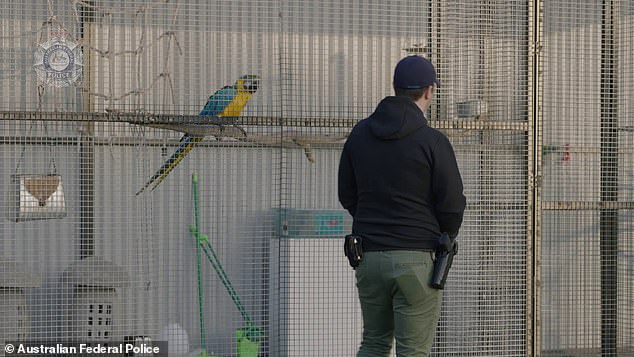 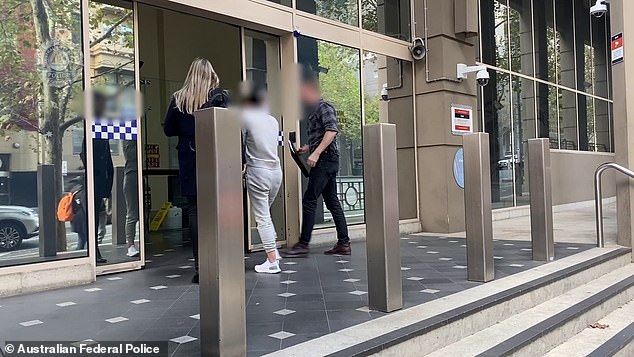 Marrogi is accused of using a prison phone to pretend to talk to his lawyer, when he was allegedly instead delegating roles to members of his far-reaching crime syndicate to import drugs.

His girlfriend was allegedly carrying out some of the orders and was charged with importing 56kg of meth – worth some $160million dollars on the streets – and 13kg of heroin.

She was also charged with attempting to import 400kg of crystal meth.

Ms Mannella is now staring down the barrel of a life in prison if she’s convicted of either offence. 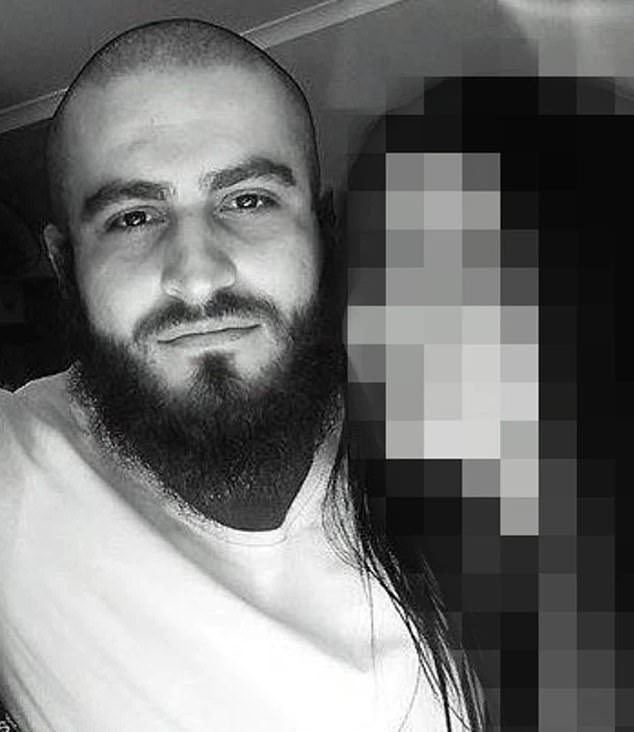 Marrogi faces an additional 15 years in prison if convicted of allegedly directing the activities of a criminal organisation from inside Barwon Prison.

AFP Assistant Commissioner Southern Command Krissy Barrett said there have only been a few times the federal police charged an alleged offender with directing the activities of a criminal organisation.

‘The AFP alleges this man was ordering drug trafficking while he was in jail,’ she said.

‘The AFP alleges this syndicate is responsible for numerous importations and will not hesitate to charge [alleged] offenders when authorities have evidence to link them to previous shipments.’

Marrogi was also hit with the charges of importing 56kg of crystal meth and 13kg of heroin, they carry a penalty of life imprisonment.

Marrogi and Ms Mannella are due in court again in August. 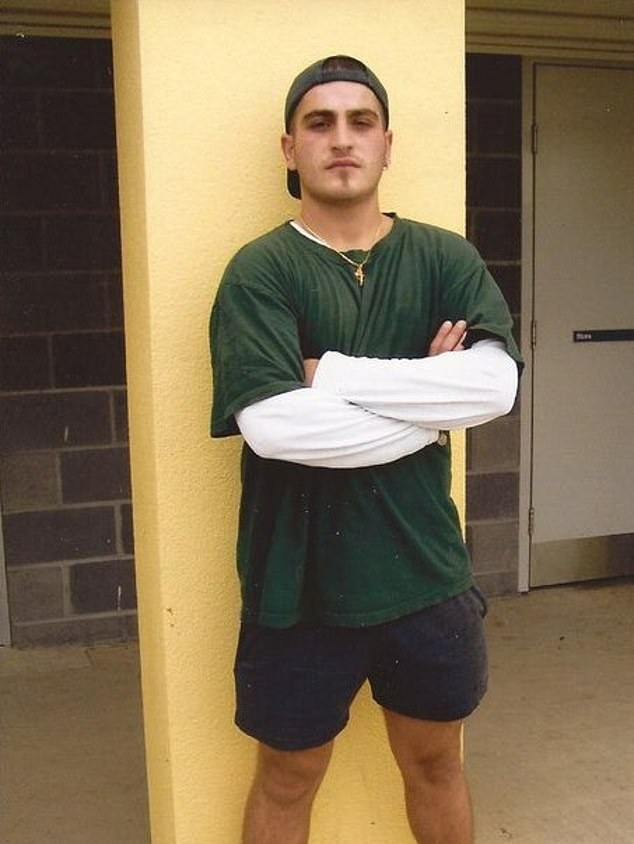 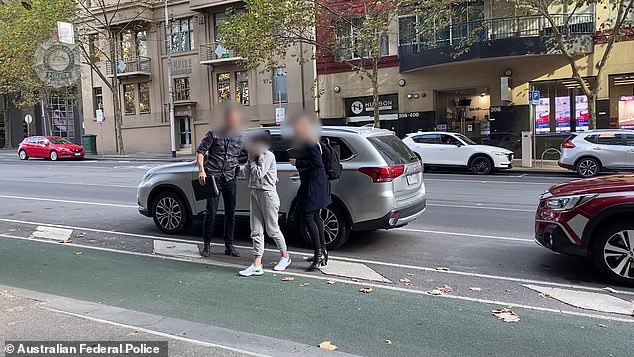