A species of giant tortoise that was thought to have been extinct for more than century has been discovered alive and well on a tropical island.

The Fernandina Island Galápagos giant tortoise (Chelonoidis phantasticus, or ‘fantastic giant tortoise’) was once known only from a single specimen collected during a scientific expedition in 1906.

This was until a female giant tortoise, named Fernanda, was found roaming Fernandina Island in 2019.

Scientists from Princeton University and and Yale University extracted Fernanda’s DNA, along with that of the 116-year-old male specimen.

In a paper published today in Communications Biology, the researchers reveal that the two are Chelonoidis phantasticus tortoises, and are genetically distinct from all other species of Galápagos giant tortoise. 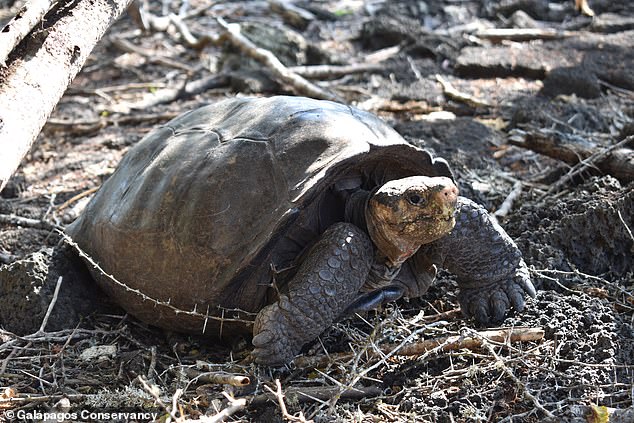 Fernanda, the only known live Fernandina Island Galápagos giant tortoise, was found in a clump of vegetation in a sea of recently congealed lava in February 2019 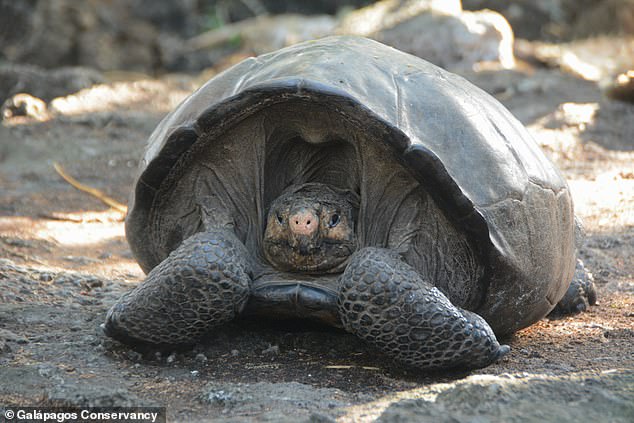 The Fernandina Island Galápagos giant tortoise was once known only from a single specimen collected during a scientific expedition in 1906, before Fernanda was discovered

Peter Grant, Professor of Zoology at Princeton University and expert on the Galápagos, said:  ‘For many years it was thought that the original specimen collected in 1906 had been transplanted to the island, as it was the only one of its kind,

‘It now seems to be one of a very few that were alive a century ago.’

Fernandina Island is an active volcano at the western side of the Galapagos Islands, which Charles Darwin visited in 1835, inspiring his theory of evolution.

Minor evidence of living Fernandina Island tortoises was found after the 1906 discovery, for example 18 scats were seen on the western slopes of the island in 1964.

Other scats and a possible visual observation from an aircraft were reported in the early 2000’s, and another possible tortoise scat was seen in 2014.

Fernanda was found in a clump of vegetation in a sea of recently congealed lava in February 2019.

Scientists estimate that she is well over 50 years old, but she is small, possibly because the limited vegetation stunted her growth.

When Fernanda was first discovered, many ecologists doubted she was actually a native phantasticus tortoise.

She does not exhibit the unique flaring on the outer edge of her saddleback shell that could be seen on the 1906 specimen collected by explorer Rollo Beck.

Saddlebacking is unique to Galápagos tortoises, and the phantasticus tortoise shows it more prominently than the other species.

Fernanda could have also been transported from elsewhere as, while they cannot swim, tortoise’s can be floated between islands during a hurricane or storm, or could be carried by seafarers.

Stephen Gaughran, postdoctoral research fellow in ecology and evolutionary biology at Princeton, said: ‘Like many people, my initial suspicion was that this was not a native tortoise of Fernandina Island.’ 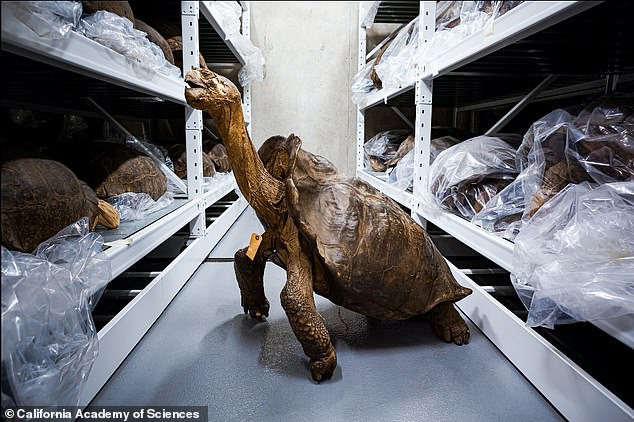 A male specimen of the Fernandina Island giant tortoise (pictured) was collected in 1906 by explorer Rollo Beck, and for years was the only evidence of the species’ existence 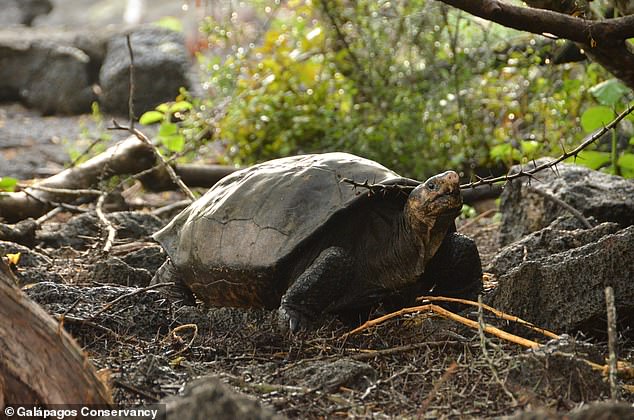 Scientists estimate that Fernanda is well over 50 years old, but she is small, possibly because the limited vegetation available on the volcanic Isla Fernandina stunted her growth 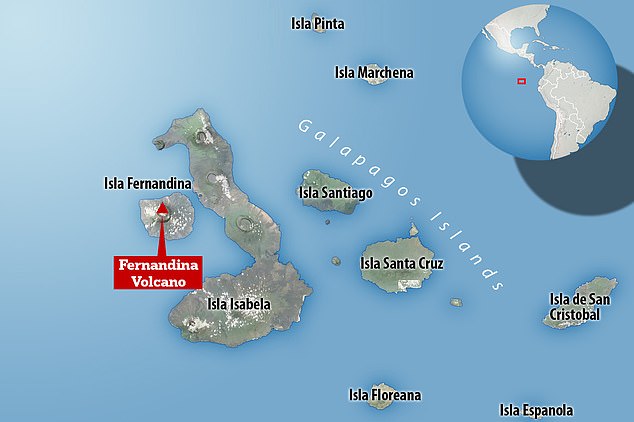 Fernandina Island is an active volcano at the western side of the Galapagos Islands, which Charles Darwin visited in 1835, inspiring his theory of evolution

Gaughran sequenced Fernanda’s genome from a blood sample, and compared it to that of the museum specimen as well as the other 13 species of Galápagos giant tortoises in order to rule them out.

Gaughran added: ‘We saw – honestly, to my surprise – that Fernanda was very similar to the one that they found on that island more than 100 years ago, and both of those were very different from all of the other islands’ tortoises.’

Senior author and research scientist Adalgisa Caccone from Yale University said:  ‘The finding of one alive specimen gives hope and also opens up new questions, as many mysteries still remain.

‘Are there more tortoises on Fernandina that can be brought back into captivity to start a breeding program?

‘How did tortoises colonise Fernandina, and what is their evolutionary relationship to the other giant Galápagos tortoises?

‘This also shows the importance of using museum collections to understand the past.’

While the island has remained largely unexplored due to extensive lava fields blocking access to its interior, more scats and some tracks of at least two more tortoises has been found during recent expeditions. 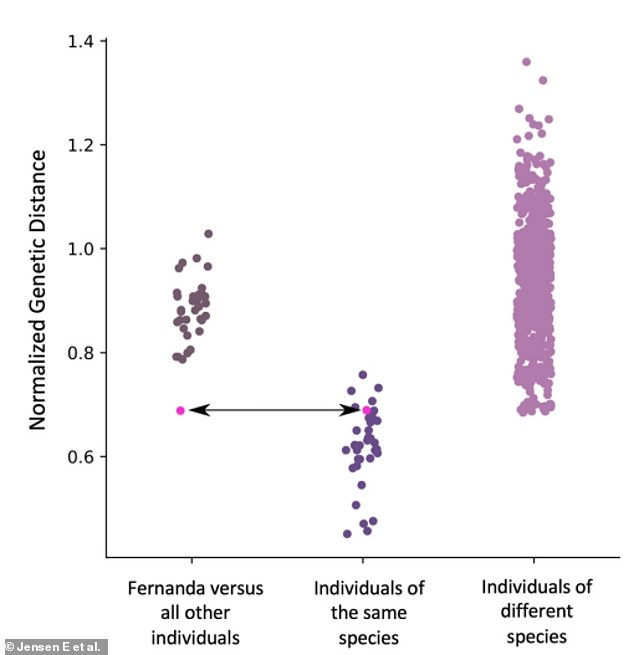 Evolutionary biologist Peter Grant says that Fernanda’s genome suggests that Chelonoidis phantasticus is the product of a mixture of different Galápagos species.

He said: ‘The nearest relatives are not on the nearest very large island, Isabela, but on another, Española, far away on the other side of Isabela.

‘The question of how the ancestors reached Fernandina is left hanging.’

Fernanda is now at the Galápagos National Park Tortoise Center, a rescue and breeding facility on Santa Cruz Island, where experts are seeing what they can do to keep her species alive, including trying to find a male mate.

Grant added: ‘The discovery informs us about rare species that may persist in isolated places for a long time,

‘This information is important for conservation.

‘It spurs biologists to search harder for the last few individuals of a population to bring them back from the brink of extinction.’

For now, Fernanda is in a similar position to Lonesome George, who was famed for being the last of the Pinta Island Galapagos giant tortoises.

Lonesome George lived out his final decades of life in captivity but never bred and his species went extinct in 2012 following his death from old age.

HISTORY OF GIANT TORTOISES ON THE GALÁPAGOS ISLANDS

Two or three million years ago, a storm carried one or more giant tortoises from the South American mainland westwards

Because they don’t swim, the tortoises bred only with others on their own islands, resulting in rapid evolution

Today, there are 14 different species of giant Galápagos tortoises, all descended from a single ancestor

Saddleback shells are raised and have flared edges, and are combined by long limbs and neck on the tortoise

All 14 species are listed on the IUCN Red List as either vulnerable, endangered, critically endangered or extinct

They discovered that they could keep tortoises alive on their ships with minimal effort, as the reptiles could survive with little food or water

As a result of the long time between tortoise generations, the populations are not able to recover quickly from such depletion 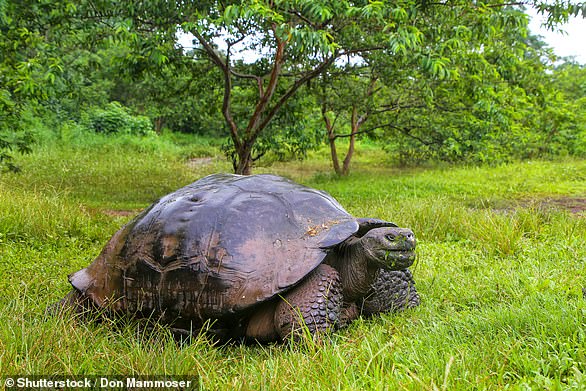 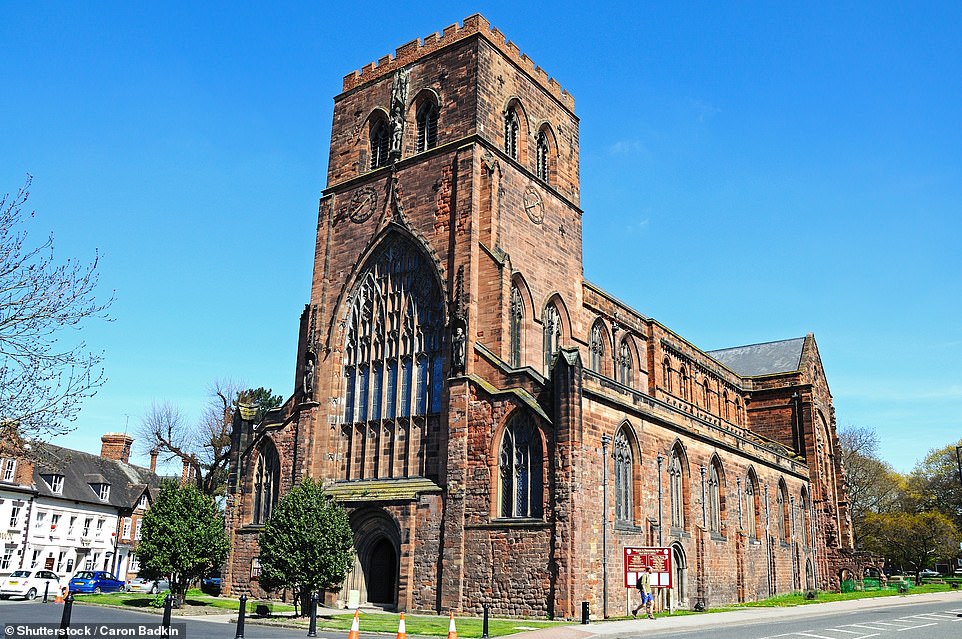 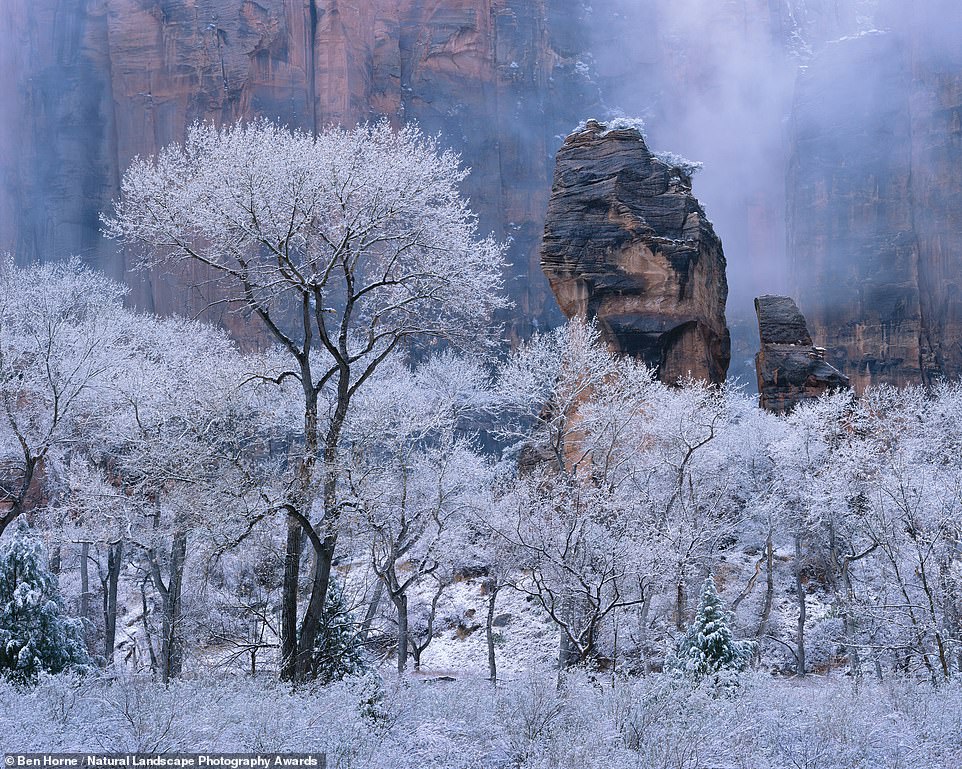 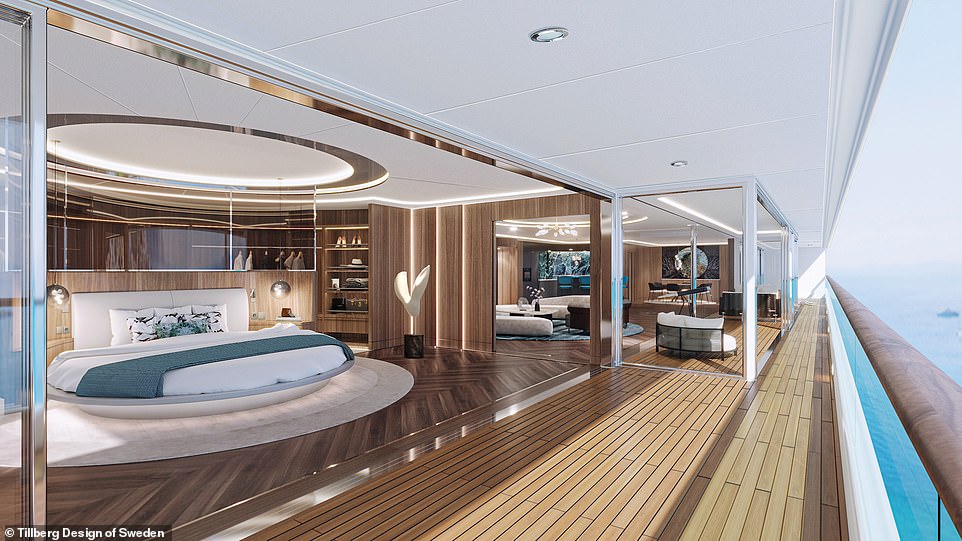 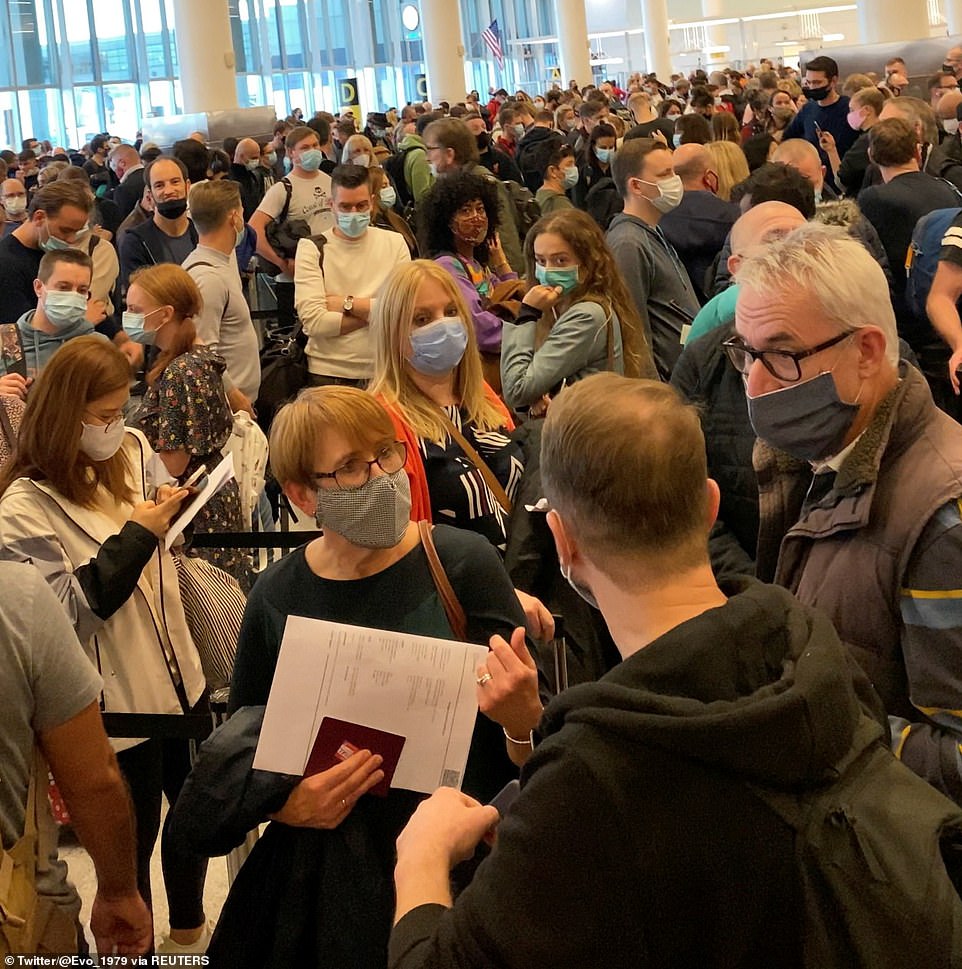 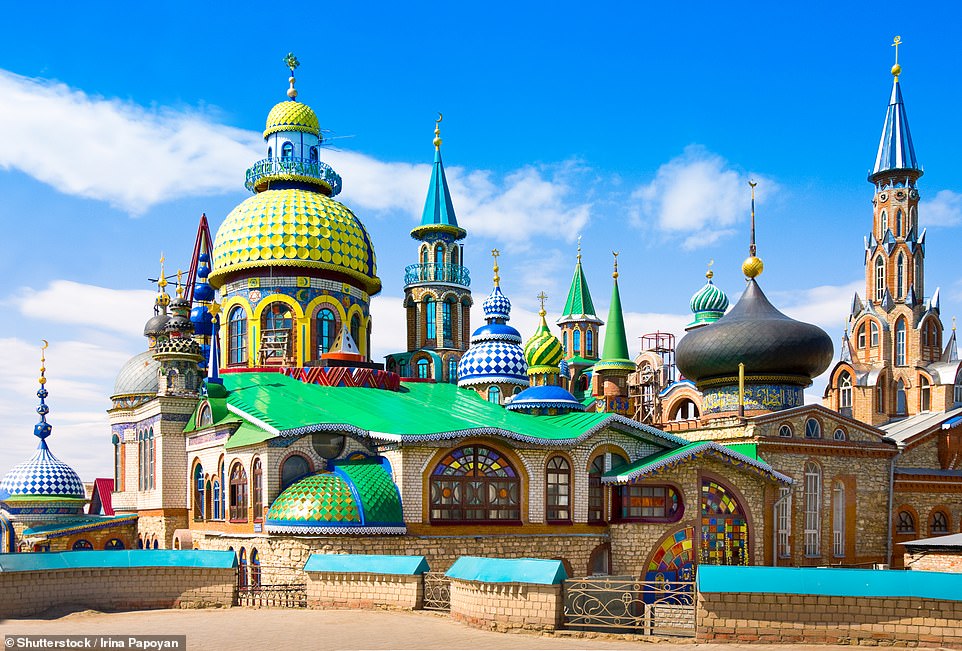 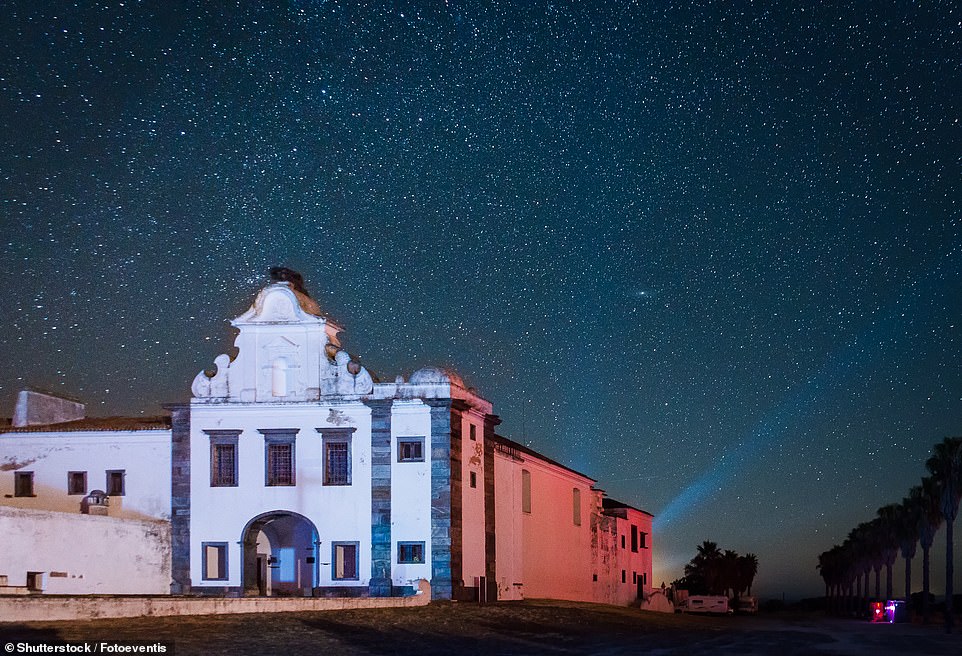 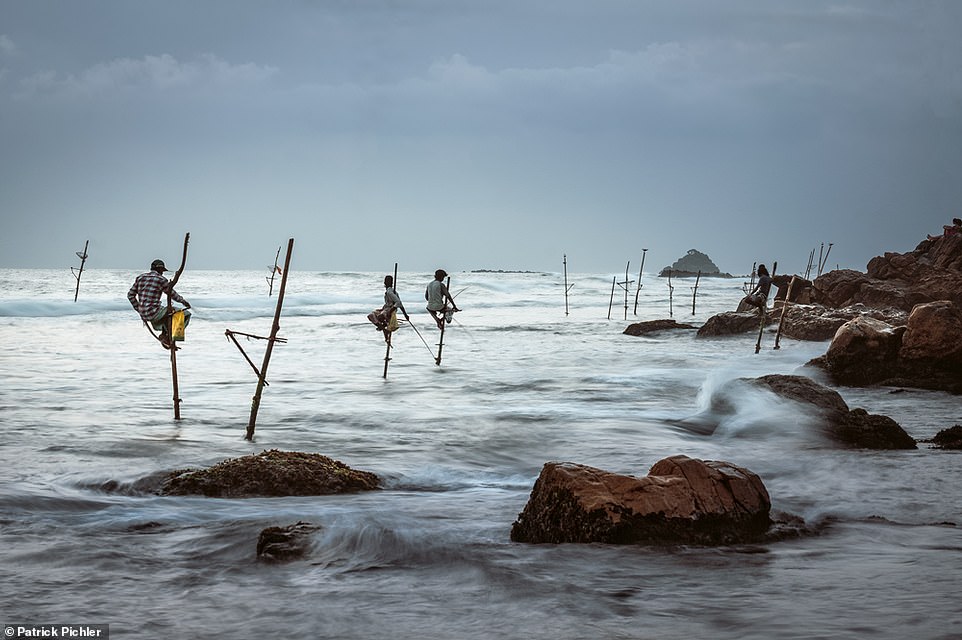